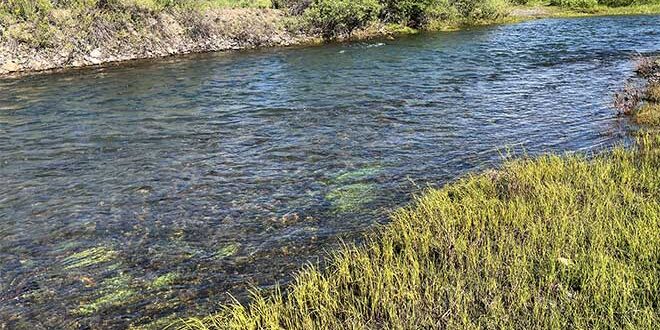 Peak snowmelt occurred early this year as below average snow levels melted and evaporated more quickly amid record high winds and dry conditions this spring. Water managers are trying to manage with less and trying to grasp a more realistic estimate of how much water can be expected to run through the Colorado River in a changing climate. And with increasing downstream user demands there is litigation among water rights holders and talks among western states about how to work with the overallocated Colorado River Compact.

During the June 27 Upper Gunnison River Water Conservancy District (UGRWCD) meeting, general counsel John McClow provided an update on legislative matters and described a conundrum among some of the seven states that are parties to the 1922 Colorado River Compact governing river water allocations.

McClow described consumptive use in the Lower Colorado River Basin increasing from 2019 through 2021, “And so far, 2022 looks similar, while Upper Basin use declined by one million acre-feet from 2019 to 2020,” he said. He reported that out of about 12 million-acre feet of water consumed from the Colorado River, three-fourths of it is consumed in the lower basin.

“Because of severe drought, the commissioner of [The Bureau of Reclamation] is demanding a reduction of two to four million acre-feet over the next eighteen months. Upper Basin water managers think the cuts should primarily be made in the lower basin.

“Lower basin use is out of sync with the hydrology. They have had a constant supply from reservoir releases,” said McClow.

The board members asked McClow what the general feeling is about that request among those in the lower basin.

“Well, according to press reports they are shouting at each other,” he replied. “Arizona thinks it is a victim—again. The central Arizona project has junior water rights so it must take the greatest cuts. It’s about 1.6 million acre [feet of water] and about half of that goes to the local Native American tribes.

“Las Vegas is saying, ‘hey, look at how much we have done…cutting water use…we’re using less than our allocation now,’” continued McClow. “They want Arizona to do the same. And California says, ‘we have senior water rights; we’re just here at the table for courtesy,’” he said. “All seven states recognize, however, that cuts must be made.”

CRWCD board member Kathleen Curry described to commissioners how if there is a compact call on water, litigation is expected. “And our deliveries would not be meeting the minimum requirements of the compact. There is even argument about what those are. Is it 7.5 m acre feet or is it 8.23 over a 10-year running average…so even that will be the subject of litigation,” said Curry.

Curry said one of the concerns for the Gunnison Valley would be that, “There’s an argument to be made that the lower basin has been over-using.” She advised commissioners to contemplate whether curtailment would be required during litigation over usage.

“The rule of thumb is that 15 million acre feet has not been available, so 11 million would be a more realistic yield as opposed to the 15 that the compact is based on,” said Curry.

Curry also said that no meaningful accounting of the Blue Mesa releases from last year had been done to see if those releases made it down to Lake Powell and if they made any measurable difference. “We don’t know that they even had meaningful impact. But the roundtable was clear that the timing was an issue,” she said.

The target amount for Flaming Gorge to release this summer is 500,000-acre feet to Powell and no other releases have been called for yet. Most of the other reservoirs in the Colorado Basin have a lot of room to fill, added Curry.

Curry and Houck also discussed some agricultural water conservation methods being researched that if proven effective, could change how ranchers apply water to their fields. Both acknowledged that there is still a lot to consider, as it could impact water downstream if flood irrigation were to cease.

“The efficiencies that some people are advocating work better in some areas than in others. It’s not a one size fits all,” said Curry. A study is currently underway near Kremling.

Beverly Richards from the UGRWCD discussed the drought conditions going into July.

“Luckily things aren’t as bad going into July as in 2021 and 2020,” she said. “The drought conditions are better here than to the south of us.” However, for the third straight year there are drought conditions in the county. Richards reported an estimated 33% probability of below normal precipitation for the entire Upper Gunnison River Basin this season. According to the Colorado Basin River Forecast Center, the Gunnison River peaked at around 2260 cubic feet per second (cfs) near Gunnison on May 16 compared to 2021 when it peaked at 1720 on June 6.

Richards predicted a steady decrease from that point on as the rest of the snowmelt replenishes the thirsty soil, and CRWCD board member Dr. Jon Tarr confirmed that there was a 10,000 acre foot reduction in the forecasted inflow for Taylor Reservoir. Substantial winds seem to have played a big role in that.

Jeff Derry, lead scientist of the Center for Snow and Avalanche Studies, said that from 2006 to 2022, the daily average melt has gotten 20 days earlier. He noted that Northern Colorado is currently a lot wetter than the southern part of the state. But he said when he went out to do sampling in May, there was no snow to be found in many places that usually have snow at that time.

Houck asked about the winds contributing to snowmelt. The wind, dry conditions and dust on snow were all contributing factors to fast snowmelt, said Derry, especially in the lower basin. Gunnison County saw peak runoff in our local streams 17 days earlier than average this year.

On a high note, the Gunnison River Festival’s 20th anniversary in June had 160 participants and over 1,100 spectators, so it was considered a big success and included many visitors from out of town. “We think the weather had a lot to do with that,” said Richards of the heat that weekend.

Houck commented that it is much more than just enjoying water. “This community has a much higher than average water knowledge,” he said.

Share
Previous Profile: Sarah Hume
Next Happy Birthday America “…If you can keep it.”