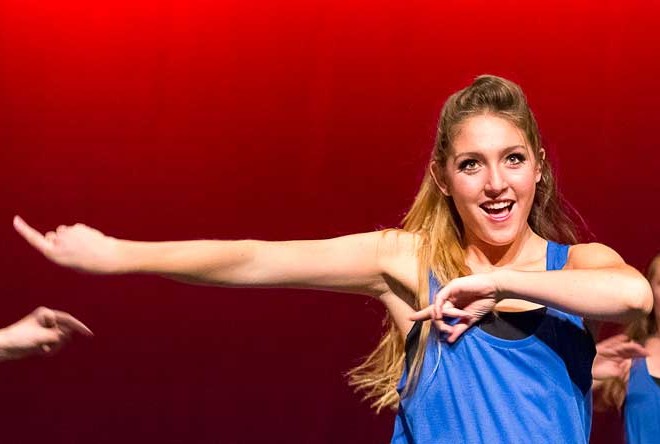 No matter how old you are, any age is too soon to lose a parent. But as a youngster, to face and deal with the death of your mom or dad is especially difficult. That’s exactly what Ansley Potoker and her younger sister, Rachel, had to confront when their father, Mike Potoker, lost his battle with pancreatic cancer in 2011.

Ansley was 14 years old. Ansley held her grief inside until it exploded two years later and she realized, “I felt lonely because I didn’t feel like I could go to anyone to share my struggles. I held in all my pain and emotions, which, in the long run, led to even more hardships. After many talks with my sister, I realized that we were both hurting.”

She came up with an idea to create a support youth group to help all of those kids, including herself and sister, who have had to contend with cancer in their families and friends. She reached out to Living Journeys for assistance in making it happen.

Her Living Journeys Youth Group (LJYG) now helps middle and high school students throughout the valley with a team of professional therapists and additional staff from the Adaptive Sports Center, who developed a year of adventures, including ropes courses, rafting, ice climbing, kayaking and more.

“I just went on a seven-day backpacking trip across the Continental Divide in Rocky Mountain National Park and I cried like 23 times,” Ansley says, smiling through tears that she shared with her group hike. “I learned a lot about myself and things that needed to come up that I’ve been pushing behind—a lot of things about my dad. There was definitely a void when he passed. I discovered that there isn’t anything that can fill that void and that I probably need to address the pain and let myself cope.”

Ansley was already doing some community work with Living Journeys when her father died, and she gratefully acknowledges how much the people there helped her and her family through such dark times.

“I wanted to give back to them and they were super wonderful in helping me manifest my vision,” she says. “I’m an intern for Living Journeys so I do a ton of office work and help with the Summit Hike,” which is coming up this Saturday, July 25.

Ansley explains that the annual hike is one of Living Journeys’ major fundraisers, in which participants of all ages hike or take the chair lift and then continue the vertical 762 feet up to the 12,162-foot summit of Crested Butte Mountain to honor those whose lives have been touched by cancer.

Ansley’s youth group gets together once a month for an outdoor activity. She says that’s a good thing because, “It’s not like you’re sitting in a room talking about your feelings, which can be super intimidating, but therapists do help guide the conversations. They encourage us to talk about the hard stuff and that’s like a weight off your shoulders, it’s a relief.

“We partnered with Adaptive Sports, which is giving us the opportunity to participate in outdoor activities,” Ansley continued.

There are currently seven teens in the group, all of whom have lost a parent. Ansley says, “There are a lot of tears. We talk about things that a lot of people are scared to talk about. It’s like the silver lining, like a secret blessing. It’s nice to know people who understand. Even though every scenario is different and no one copes the same way, it’s really calming to know you’re not alone. The students are all in middle school and high school. Because what we talk about is really traumatic, we want to make sure there’s a maturity level there in a common conversation.”

Ansley was born in Gunnison and raised in Crested Butte, where she’ll be a senior at the Crested Butte Community High School this fall. As a kid, she did what most Buttian children do—she skied. “I ski raced but I’m not super into it. Being the only girl on the team was hard. It was first through fifth grade and guys that age still thought girls had cooties, so I was alone a lot,” she laughs. “I was the only girl in the whole program at the time. At first it was really hard, having to wake up so early—and it was really cold! I think I secretly liked it though because I got a lot of attention from the coaches, who felt sorry for me. I really did like the ski racing aspect of it, going through the gates, going super fast, feeling out of control. I really liked that.”

Ansley appreciates what a small, close-knit community is able to afford a kid growing up in Crested Butte. “It was really a great, safe environment and I was able to do pretty much whatever I wanted. It can be somewhat hard though, because you don’t get to choose your friends, you’re pretty much thrown into the clan, a hodge-podge of people. I’m big into dance and I dance a ton. Adge Marziano is my main teacher,” Ansley says of her tutorship at the Crested Butte School of Dance.

“We were the first company members and now I teach kindergarten and sixth grade kids how to dance,” she says. “It’s the best feeling ever, teaching kids to dance. My school day would suck but I looked forward to teaching because the kids were so fun and loving… and they adored me. Not to be narcissistic, but it’s like overwhelming love. I still see my students in the street and they run up and hug me. I adore them so much.”

Lately, Ansley’s been able to turn her focus back to her future and possible career, which she would like to be in fashion design, merchandizing and marketing. “I think I’d want to be a buyer for a big-name store. That’s really hard to get into, it’ll be a push, but I’m going to try really hard. I love marketing and putting things together and making things look good. My mom’s an interior designer so I’ve been exposed to this all my life,” she laughs, saying that she’s basically named after her mother’s business, Ansley Interiors, but Ansley is also her mom’s maiden name.

“My mom is the most inspirational person I’ve ever met,” the namesake says. “She’s like a sister in a way. I can tell her anything.”

Ansley has been fortunate enough to travel abroad quite a lot for her young age and she plans to continue her foreign journeys. “I’m very fortunate to have been able to travel. I have an uncle in Israel and I’ve traveled to Jordan quite often. Israel is very different and rare. Petra was a breathtaking city built into rock. I’ve been all over Central America because of my dad’s work. He developed an island in Belize and it’s like a second home to me. I took Spanish from kindergarten. Dad loved sailing so that was a big part of my childhood. When I was six months old I lived on a boat for three months. Now I want to travel to Europe and Greece,” she says of her future adventures.

After Ansley graduates in 2016, her sister will take over the youth support group. “I’m still going to be very involved and I have a lot more visions that I’d like to obtain. I’d like to be able to go to other communities so that this program is a stepping stone for others. I’d also like to start something like this at a college level, as well as a younger age level. I feel that it’s needed.”

Ansley won’t know which college she’ll attend since the applications aren’t submitted until October of this year, but regardless of where she goes, next summer she’ll still be working with Living Journeys and she plans on spending a lot more time with her friends, too.

“In the summer, we hike a lot. My friends and I are trying to embrace everything since it’s one of our last summers together. We have a big bucket list for hiking, places we want to go, things we want to do. Because we’ve all grown up together we’ve learned to love each other for all of our differences and similarities and I don’t think I could have asked for a better group to spend my childhood with—they’re all so loving and great.”

As she goes out into the world Ansley will be looking for a similar community and will, of course, keep in touch with her home friends. “I don’t think I want to live in Crested Butte for the rest of my life, but I definitely want to visit and come back a lot.”