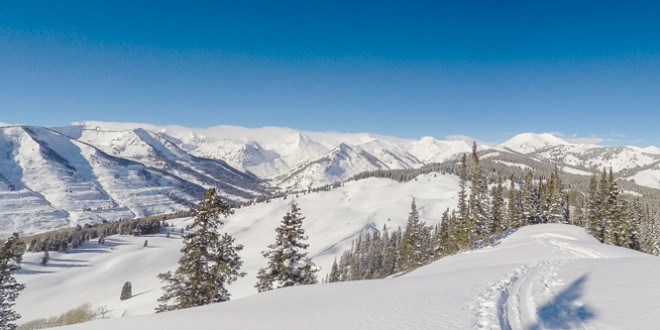 At Monday’s special Town Council meeting, there was some but not a lot of love from a dozen members of the public for the proposed deal between the town of Crested Butte and Cypress Foothills about the 44 acres north of town located between the Gas Café and the Crested Butte cemetery. That is understandable, given the pace of the proceedings. But everyone should keep in mind one big element about the deal: the 44 acres is north of town. It is not in town.

So a deal that includes a lot of public access to open space, trails, the Slate River, some potential affordable housing, boater access, a potential school site, a potential fire station and marshal’s office, a sledding hill, and a tie-in to the sewer plant instead of separate septic systems isn’t a bad score for the town for a development in the county.

While councilman Jim Schmidt has some heartburn (and I agree) about the 5,000-square-foot size limit on the main house plus a 750-foot accessory dwelling, that upper limit fits close to the nearby Moon Ridge and McCormick Ranch structure size limits. Again, the property isn’t in town and so there is no formal regulatory authority unless the town had struck an annexation agreement or bought the property.

Granted, the property borders Crested Butte so there is no doubt the town should be involved in the review process. But as Kyleena Falzone stated at the meeting, on the surface anyway, this looks like an example of smart, strategic growth. Councilman Chris Ladoulis pointed out that if the property was such a treasure to the people of the town, the town could have pursued purchasing it. It never did. These developers apparently picked it up at a bargain $1.75 million. But let’s remember, the old town landfill sits beneath some of those pretty rolling hills. Instead of dealing with the whole messy enchilada, this plan strategically cleans up small portions of the old dump to make them useable. The cost will be split between the town (about 25 percent) and the developers.

It is not a simple deal. It is not a “perfect” deal—that might be if the developers cleaned up the dump and donated the property to the town for a tax write-off. But it appears to be a strategic and smart-growth deal. It will change the vibe of town a bit but not nearly as much as the previous annexation plan.

The council is right to let the details percolate with the public another couple of weeks. If indeed, as councilwoman Laura Mitchell stated, something would eventually be developed out there, having the town negotiate some public benefits as part of the development plan is a good thing. There will be details that have to be addressed at both the lengthy county and town review processes. Wildlife migration, location of home sites around the cemetery and the impact of 24 potential wells on the nearby wetlands are just a few quick examples.

The council will likely vote to approve the deal at the February 16 meeting unless some weird provision is tucked into the deal document. The town attorney is paid a lot of money to make sure that doesn’t happen. Concerned citizens like attorney Jim Starr also seem very willing to comb through the document and will raise red flags that the council can vet in the next two weeks. That’s a good part of the public process so take the time to check it out at the town’s website and let your council representative know what you think.