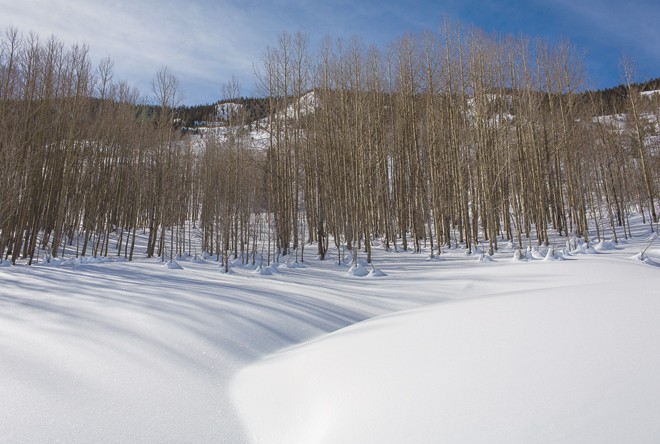 As the old saying goes, “It ain’t over till the fat lady sings.”

Well the Red Lady isn’t singing yet but she’s warming up her vocal chords. There is hope and there is change with the mine fight. And it appears it could be for real.

This might be the beginning of the end of a long fight that has permeated the culture of Crested Butte and some of Gunnison County. And in a somewhat ironic twist, the 40-year-old fight over the appropriateness of a molybdenum mine on the outskirts of Crested Butte could be resolved because one of the biggest mining companies in the world is now involved.

With the transfer of Mt. Emmons mining liabilities and assets from U.S. Energy to a wholly owned subsidiary of Freeport McMoRan, a series of goals will be put into place; if accomplished, they could take away the hovering black cloud of a potential industrial mine on the west side of Crested Butte and Red Lady mountain.

It may not yet be time to pop a Champagne cork but it might be time to walk down the aisle and take a look at which bottle of bubbly to buy.

We are collectively entering a process that could end a long confrontation and everyone could walk away happy. The water treatment plant could be modernized and be funded to operate in perpetuity. Coal Creek could get the attention it needs. The town and northern part of the valley could feel comfortable that a moly mine will never be dug on an industrial level inside Red Lady. The new owner of the property, the state agencies that regulate the property and the town and county that monitor that property are all working in collaboration to reach a happy ending. Cautious optimism is overflowing.

It’s sort of weird. Like it or not, part of Crested Butte’s modern identity is resort- and amenity-based but it was founded as a coal mining town. As such, Crested Butte has become known in part for its passion over a 40-year-old fight to a keep a molybdenum mine off of Mt. Emmons, also known as Red Lady.

So many people over those decades have contributed to this moment. Holding off the mine while moly prices fluctuated and eventually declined mattered. An innovative watershed ordinance in town that was upheld by the state Supreme Court mattered. Constant vigilance by the community and its organizations like HCCA and the Red Lady Coalition mattered. A united message sent to those who came into the valley looking for moly riches and being told bluntly that would never happen mattered. A community that was not afraid to use the courts, diplomacy, publicity and passion to guide its deliberate future mattered. Not being afraid mattered. Period.

Nothing is finalized with this MOU (memorandum of understanding) deal yet. There is still a lot of work to do. But an agreement hammered out by representatives of the affected entities appears to be a solid road map toward a final solution that benefits all parties. Who’d a thunk it? The town, the county, the state, the feds, a giant mining company are all on the same page or at least reading the same chapter of a good book.

There will no doubt be a lot of smart people vetting every step of this deal along the way. As there should be. HCCA will continue to play its role as a watchdog. The RLC will monitor the economics. The town and county will be in the middle. The state is actually playing a major role in pulling it all together. And the feds are very aware of this progress. Perhaps as a result of last summer’s Gold King Mine incident, everyone is doing whatever they can to move this forward.

And the overall feeling is that this is a game changer. There is real opportunity.

The town council and county commissioners will formally consider the details of entering into that MOU agreement in a few weeks. There should be a comfort level with the direction this new development takes and an understanding of the outcome by all of us. Part of that will likely come in trust with our elected representatives and their staffs.

The community that has been so invested in this fight can look over the agreement on page 13. So touch base with your representatives to tell them what you think. Then let your councilperson or commissioner take a stand on what could be a new future—a future that has the potential to be mine-free with a critical water treatment plant that works and is safe. A future of collaboration instead of constant confrontation.

The change is upon on us. Now we can hope and begin the work to make that hope an honest reality. It is not time to pop the cork but it could be time to buy a bottle of good Champagne.