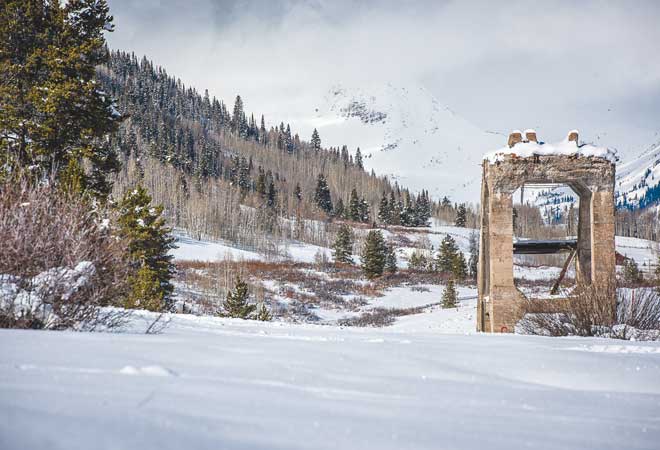 Shutdown impacts in the valley

That government shutdown Donald said he’d be “proud” to have? It is still going on. And while few thought it would last more than a week or two at most, it is heading into a month. I don’t feel it, but people I know are feeling it. And it is probably starting to have broader impacts in the valley.

I’ve reached out to the local Bureau of Land Management (BLM) and U.S. Forest Service offices that I usually contact when looking for comment on a story. The automatic e-mail replies are on:

Kristi Murphy, outdoor recreation planner at the BLM Gunnison Field Office has a reply that states: “I am out of the office for the duration of the government shutdown. I will not check messages, but will respond to your email upon my return to the office.”

Gunnison District forest ranger Matt McCombs’ email relayed, “Until further notice, due to the lapse in federal government funding I am authorized to respond only to messages that involve emergencies related to the protection of life and property. For immediate assistance regarding emergent issues contact my cell… I will respond to all messages as soon as possible once federal government funding is restored.”

When I called the US Forest Service media office in Washington, D.C. to get some info, I got a recording about how limited the staff was, given the shutdown situation. I’m waiting on a call back.

If you call the Curecanti National Recreation Area the message states: “This is the Elk Creek Visitor’s Center of the National Park Service. Due to the federal government shutdown we are not in the office and are unable to respond to phone calls. We’ll check the phone messages when government operations resume and we are back in the office. Thank you for your call. It is important to us and we hope to get back to you soon…”

Yeah, I bet you hope to get back to us soon. But maybe not everyone does. I rode the chairlift this weekend with a young woman who used to live in the valley and now works for the feds. She was furloughed in the shutdown. She caught a super cheap red-eye flight from her station in Las Vegas to Denver and got the bus to Gunnison to spend some quality time skiing in Crested Butte. She was not crying as she made lemonade out of lemons.

For most of the local federal offices here, what I remember from previous years is that while this appears to be a slow time for public land managers, it is also the time they do a lot of their planning for the upcoming year. They map out how to handle summer visitor numbers, where to allocate their limited resources and how best to partner with fellow agencies. That isn’t happening right now, thanks to Donald’s shutdown and I guess we’ll have to hear how that is going when they get back to their official duties. They’re not going to the local STOR (Sustainable Tourism and Outdoor Recreation) meetings either and STOR is pretty much focused on the things they oversee…public land management. If you think it seems a bit far out for federal land managers to be planning for summer, you’re probably right, given how quick and nimble federal bureaucracies are at making decisions. Okay, then.

So time matters and when the feds can’t utilize time, things simply stop. U.S. Senator Michael Bennet of Colorado joined 11 colleagues in sounding the alarm that the government shutdown is threatening wildfire preparedness. Typically, he said, federal agencies use the winter months to hire and train firefighters in advance of the upcoming fire season, and to perform fire prevention work—such as tree removal and controlled burns—that is more difficult or dangerous to carry out during active fire seasons. Training and prevention programs are both currently on hold. In a letter to the president, the senators write, “Unless these firefighter trainings and forest health projects resume soon, the health and safety of our communities mostly in rural areas will be put at risk during this government shutdown. We strongly urge you to agree to reopen the government.”

In the meantime, entities such as the Rocky Mountain Biological Laboratory are beginning to worry about the shutdown’s impacts. According to RMBL executive director Ian Billick, the funding pipeline for many science projects that run through the lab in Gothic could be negatively impacted. “With the closure, the federal government is not processing grants. That means that we have both students and science projects that may not be funded in time for this summer,” he explained. “For example, the long-term monitoring of the flowering times of plants has historically been funded by the National Science Foundation. It had 10 years of funding that expired after last summer. A request for an additional 10 years of funding has been submitted, but a decision has not been made. With the National Science Foundation shutdown, employees have not worked for approximately a month. When they return, they will be behind and it is unclear whether the grant will be processed in time for funding this summer, if there is a determination to continue the project.”

Billick said RMBL has a number of scientists collaborating with NASA on a project called SnowEx that is developing new technology to measure the water content of snow to improve water predictions. The intent has been to do a series of major flights in the Gunnison Basin and coordinate those ground measurements by RMBL scientists to better calibrate and interpret air-based measurements. But, NASA is closed and so planning for the flights has stopped. If the project does not resume in the next several weeks, it will be delayed a year since the timing of the flights is critical—snow measurements cannot be pushed into the summer. And that is on top of the regular funding the RMBL scientists depend on. Many of RMBL’s scientists are funded through the National Science Foundation, so if the shutdown continues into the summer, the RMBL folks will have to manage cash flow carefully, since they will not have access to their federal funding to pay their bills.

Gunnison-Crested Butte airport manager Rick Lamport says he is not aware of any issues with TSA personnel or any other impacts on the airport as a result of the shutdown and that’s a positive for our little community.

So while most of us don’t necessarily see or really feel the shutdown out here at the end of the road, we probably will eventually.

If the Forest Service and BLM are clogged up as a result of the shutdown and aren’t fully prepared to handle summer, we’ll feel it.

If TSA people at Gunnison Airport get tired of showing up for work without getting a paycheck, leaving that little airport won’t be a good experience for anyone.

If RMBL scientists can’t pay their bills, that probably means they can’t spend much if they even get here. That could also hamper valuable science that has been taking place in the valley that continues to shed light on national and international issues like climate change.

Donald might be proud of the shutdown and maybe he’s trying to send a message to his base that he knows how to negotiate a deal (yawn)—while Chuck and Nancy might be pushing a political lever more than staking out any moral high ground. But Donald’s shutdown impacts real people in real places and our friends, neighbors and all of us will be picking up the pieces long after the shutdown is somehow settled.