With copious amounts of snow, the EPIC pass, summers exceeding capacity for the past several years and everyone talking about Crested Butte, local revenues are overflowing and the Tourism and Property Partnership or something like that (TAPP), formerly the TA, is rolling in dough. As a result, they are taking all grant requests and accepting nearly everyone.

It all started when they gave out-of-valley film company Teeton Gravitas Research $60,000 to film here in Crested Butte. Then they upped the ante and handed over $600,000 to an online gear review company. But that was chickenfeed and they held an open meeting last Thursday to listen to new ideas.

“Hi, my name is Bill Frizell and I’d like $300,000 to bring in retirement communities by the bus-load in the summer,” said Frizell.

Next in line was Diana Metsch, looking to expand the scooter market outreach.

“I see kids on scooters in Bend, Oregon and I think, with $200,000 I could get them here to Crested Butte,” explained Metch.

“Hi, I moved here with two dogs in September and it’s really hard to find affordable housing in Crested Butte—can I have some money?” asked Budd Tender.

It went on and on and in the end, TAPP had doled out close to $3.2 million for a variety of endeavors.

“TAPP that sh**!” said Nortol as he passed the table of cookies compliments of Mrs. Fields, who was awarded $350,000 to bring one of her bakery chains to town. 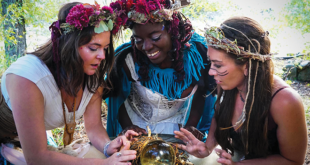