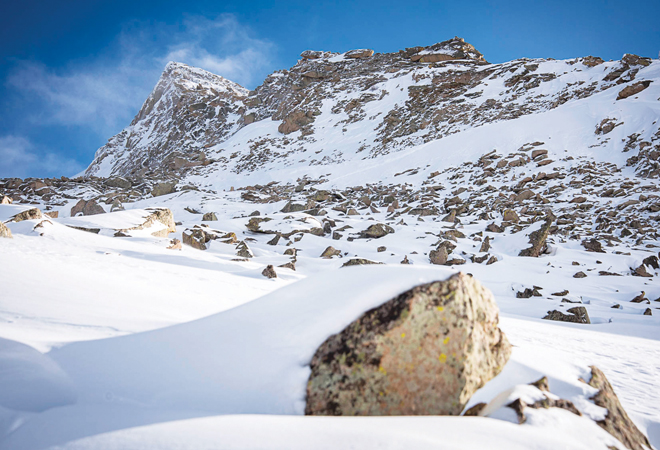 Oh, I’m all in for Mike. Bloomberg. Just look at page 44 and why wouldn’t I be? Mike tells us he is proven and is concerned about climate issues. Cool. Actually he’s such a poor candidate on the debate stage that I’m all in for his effort to spend a billion dollars to beat Donald.

He was super lame at that debate in Nevada and just a tad better Tuesday in South Carolina. It was like he was so rich that he was offended someone would have the gall to ask him a question or push back on his past actions—at a debate. Geez.

More important, Mike obviously gets it. He knows Crested Butte is where the action is so it is worth spending big bucks on newspaper ads here in the valley. He understands that Third and Elk is where the eventual nominee will be determined. Okay, I’ll go out on a limb and bet Crested Butte is feeling the Bern more than the Bloomberg but Bernie keeps emailing and asking me for $2.40 donations three times a day and Mike is spending locally! It’s simple math.

I get that Bernie keeps hitting the free healthcare thing like locals keep asking where the parking is for the new Center for the Arts—which means all the time. But people here are skiing and biking and climbing and living the risk at 9,000 feet so free healthcare is a natural magnet. Bernie has a lot of “free” stuff going on. Healthcare, childcare, college tuition, Green New Deals are just a few. All that free stuff is estimated to cost about $60 trillion, by the way.

He released a fact sheet this week showing how it would be paid for—and it calls for raising trillions of dollars in new taxes, fees and “litigation”—mainly on people richer than you, but also on you. Granted, his people say you’ll save more when things like your insurance premiums go down or are eliminated. And some of his revenue ideas, like rolling back the inheritance tax to start at $3.5 million instead of $11 million, make sense no matter the reason.

But all this big number talk sounds like simple math. It’s not really.

The internet guided me to several sites explaining the scale of millions, billions and trillions. As both Donald and Bernie would say, the difference is huge. One site stated, “A trillion dollars is so large a number that only politicians can use the term in conversation… probably because they seldom think about what they are really saying. I’ve read that mathematicians do not even use the term trillion.”

Million, billion, trillion are not the same or even in the same city as the same ballpark or maybe even the same planet as one another. So Bernie spending trillions on free stuff sounds simple but isn’t. Mike spending a billion dollars to beat Donald could actually have an impact.

I know what I write here on page 2 in Crested Butte, Colorado won’t change a vote but with the state primary on Tuesday, I get a chance to vent on something other than the idea of an Empty House Tax. Plus Mike knows that Crested Butte is where the action is and he might be reading this paper to check out his ad.

It seems so many Dems get caught up in numbers that don’t matter in the big picture. Remember when Hillary won the most votes and lost? Reminder alert: People win the Oval Office through the electoral college. California and New York will probably go to the Democratic candidate, be it Mike or Bernie, Pete, Amy or Bozo. My psychic powers tell me Alabama and Mississippi are going for Donald. What might matter is who wins in about a half dozen states that could apparently go either way: Ohio, Pennsylvania, Michigan, Florida, Arizona and Wisconsin. Win those and you win the Oval. Bernie could take some of them. So could Amy, Joe and Pete. Mike? Doubtful.

But add to that simple math the fact the Dems won some close Congressional seats two years ago in districts where Trump hammered them in 2016 and figure out why. They ran a campaign focused not on progressive revolution but common sense. Moderates and even some Republicans, suburban moms and still unemployed factory workers listened and voted against Donald’s policies and dark vision.

Running a campaign not on ideological purity but for electoral viability seems a proven path to success, especially with the Republican Party sliding more and more to the right. It happened just two years ago. The message that works in the places that matter most is not left wing revolution, but that everyone should have the opportunity to earn a good life. Healthcare stability, the economy in their backyard and climate change issues for their children’s and grandchildren’s sake matters to the broad electorate. Whether felons can vote doesn’t register in Ohio and Wisconsin.

Having grown up in Ohio, I prefer a democratic capitalist with compassion and common sense over a democratic socialist who often seems as angry as Donald but in a different way. I get that both have tapped into the rage impacting the middle class but I’d prefer a campaign of optimism and hope rather than anger.

I just heard on NPR that Bloomberg has already spent more than $450 million on this campaign. He’s apparently paying people $2,500 a month to say nice things about him—and he is a great guy who is proven (I’ll be sending Mike a bill Thursday). When I turn in my primary ballot before next Tuesday, it will probably have a check mark next to Pete or Amy.

No matter how much money Mike pays people to say he’s cool, his charisma meter is pretty darn low. But when it comes to local political spending—I’m all in for Mike since he’s the only one of the magnificent seven still on stage that is spending in Crested Butte. Let him spend his billion sending Donald to play even more golf at his resorts. Given the stated policies, attitude, vision and conscious divisiveness of this current president, if a really rich guy wants to spend a billion dollars to beat Donald, I’m all for it. I hope he keeps that pledge even if it might not be him at the head of the ticket. And hopefully he keeps spending locally since Third and Elk is where the action really is.