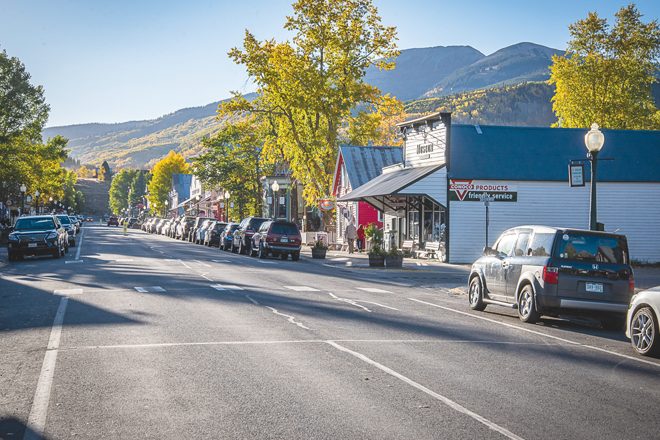 CB council discusses how to possibly mandate some business closures

After discussions that took place Sunday, it appears the town of Crested Butte and Gunnison County officials are ready to implement more stringent measures to help stem the spread of the coronavirus. That could include a mandatory closing of many businesses.

During another emergency meeting of the Crested Butte town council Sunday afternoon, the council directed town manager Dara MacDonald to prepare to enact the following restrictions in town:

—Businesses will be closed to the public with the exception of grocery stores, gas stations, liquor stores/dispensaries, medical offices and hardware store.

—Some businesses will have limited engagement with the public. For example, bars and breweries will be closed except for offering food through to-go or delivery methods only; Restaurants can offer to-go and delivery only or stay open if they can maintain maximum social distancing and ant-bacterial wipes; retail will be allowed to service customers through appointments only and be limited to have one member of the public at a time in the store.

—Violations could result in closing the business for 30 days.

MacDonald said she had asked County public health and human services director Joni Reynolds about the county supporting such moves during the emergency meeting, and she said Reynolds communicated her support and indicated the county would be considering additional public health orders on Monday.

Crested Butte councilman Chris Haver said after a discussion Sunday between some town and some county elected officials, it was his understanding that the county was planning on heading in that direction on Monday as well. ”I think public health is looking at all the pros and cons and their consequences to make sure they are accomplishing the greatest good,” he said.

The council will discuss the business closure issue further at the Monday council meeting after seeing what the county decides. All the councilmembers wanted to make sure the local businesses were communicated with quickly and had some notification of the potential measures.

Crested Butte-Mt. Crested Butte Chamber of Commerce executive director Ashley UpChurch told the council that many town businesses were already closing their doors and cutting back on public contact. She said businesses are already dealing with what appears to be a devastating business period during a normally make-or-break busy month and are investigating ways to not close their businesses permanently. She said the Chamber is looking at various insurance options that might benefit local establishments. She said she is working with the state and the ICELab to investigate the allocation of emergency funds or find the right avenues for obtaining low interest loans to help get them through the suddenly long off-season.

She asked if the town could defer upcoming tax payments due from the businesses. MacDonald said the town staff was investigating what measures it could take to ease the pressure on local businesses, including that one. “We are looking at all such options,” she assured UpChurch.

UpChurch expressed appreciation for the considerations and then asked that everyone who can afford it, purchase pre-paid gift cards now from local businesses that could be used later. She said the local shops and restaurants are struggling with cash flow and such an action would help them out significantly.

Crested Butte mayor Jim Schmidt said American Airlines was flying jets out of the Gunnison Airport through Tuesday and then would suspend service at least four days while Vail Resorts makes a decision about whether or not to reopen the ski area. No one felt that was likely. Mt. Crested Butte mayor Janet Famer said in communicating with United Airlines, that type of suspension was possible, but no decision had been made.

Farmer did say tourists were leaving Mt. Crested Butte. She reported that the major lodges had few rooms rented and were actively turning down reservations from people wanting to book for a nearby date.

Crested Butte councilman Chris Haver reported similar action was taking place at the lodges and bed-and-breakfasts located in Crested Butte. Schmidt suggested the town reach out to the short-term rental properties licensed by Crested Butte and inform them of the same. “We need to ask people not to come,” he said.

Council addressed the idea of closing down the Mountain Express buses immediately. During a long and sometimes heated discussion, the majority of the council decided to defer to the Mountain Express board of directors and their decision. That decision will result in the summer schedule going into effect for the transit system starting Monday. Monitors will also ride the buses to ensure that proper social distancing is maintained and that will result in a maximum of 10 to 13 passengers riding each bus. While councilman Will Dujardin argued that that was too many people per bus and the system should be closed, other council members said some people depended on buses and they trusted the board governing Mountain Express to make a safe and informed decision.

The council will meet Monday for its regular town council meeting where they will continue the discussion on the specificity of these new recommendations. Most are expected to call in via phone to participate.