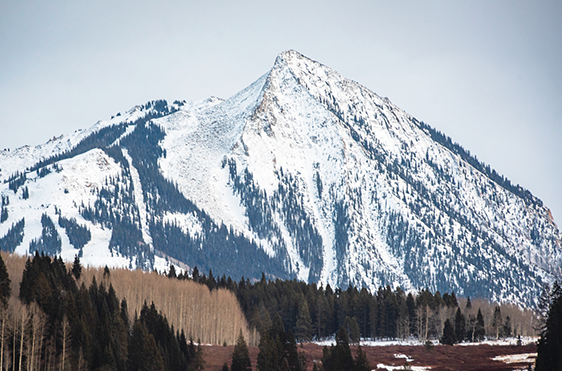 Employees of Vail Resorts, including those working for Crested Butte Mountain Resort were notified that furloughs and pay cuts were being put in place given the lack of business because of the coronavirus crisis. It was also announced that planned capital expenditures in North America would be cut by about $85 million. While the Peachtree chairlift was scheduled to be replaced this summer, that is off the table for now.

In a letter to employees from VR CEO Rob Katz, it was noted that the early closure of North American operations will cost the company “at least $180 million to $200 million in lost profitability in our third quarter ending April.”

Katz relayed that “Because of these realities and to ensure that we can navigate the financial challenges ahead, we are taking certain measures, including some that will unfortunately affect each of our U.S. employees.”

Vail Resorts will be furloughing nearly all of its U.S. year-round hourly employees as of April 4 for at least the next one to two months without pay. They will get full healthcare coverage for any impacted employee currently enrolled and the company will pay the premiums.

Salaried employees will see a salary reduction for at least six months. Depending on what “grade” the employee is in, the reduction will be between 5 and 25 percent with the 25 percent reduction in salary being taken by the most senior executives. Katz himself is giving up 100 percent of his salary for the next six months.

The VR board of directors will not be compensated, shareholder dividends will be eliminated for June and September, and the company is suspending its 401(k) match for the next six months. While capital expenditures will be cut with things like new chairlift installations and terrain expansions being deferred, spending on maintenance will remain in place.

“I recognize this is very disappointing news to be receiving and I had hoped we would not have to take this action,” Katz wrote. “But with each passing week, the financial consequences have become more apparent. To our year-round hourly employees, I am so disappointed that the vast majority of you have not been able to work these past three weeks and I assure you we will end the furlough as soon as possible once we have clarity on our business reopening. To our year-round salaried employees, who are working from home, in many cases harder than ever, I truly am sorry to have to ask you to give even more by accepting a salary reduction – we are asking everyone to accept some sacrifice so that we weather this storm together and are ready to come back strong for next winter.

Katz said in the letter that Vail’s business operations scheduled to be open from May-October could be at risk. But he noted that he was “very hopeful that both the economy and travel will return to normal by the time our North American winter season opens eight months from now.”

Katz admitted he did not know if further financial actions will have to be implemented. “It’s possible that things could quickly improve. But it’s also possible these challenges may force us to materially delay or cancel our upcoming summer season. In that case, more measures might be needed.”