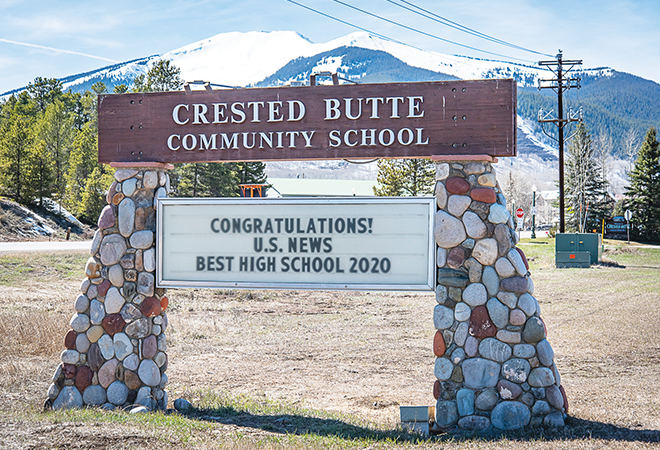 The U.S. News ranking includes data on more than 24,000 public high schools in the United States, and CBCS ranked 788 nationally. Schools are ranked on their performance on state-required tests, graduation rates and how well they prepare students for college.

“I want to honor those kids for their hard work and the teachers that play a huge role in that,” said CBCS high school principal Stephanie Niemi. “It starts from kindergarten and goes all the way up. We have a fabulous group of teachers and these kids get an incredible education here.”

Despite dropping in the ranking from last year’s results (ranking fifth in the state in the 2019 report), “It’s important to know that this is just a sliver of data,” said Niemi. She also noted the changing numbers could be attributed to the school’s growth in recent years, “Which is great. I love the fact that we have more students in our school.” As of this week, CBCS is looking at approximately 450 middle-school and high school students enrolled for the next school year.

Of the ranking data, Niemi is most proud of CBCS’s 98 percent graduation rate. “We’ve always had really high graduation rates,” she said, recalling that since 1997, only three or four students have not graduated. “That’s fantastic.”

As for graduation this spring, Niemi said the school plans to have a graduation “drive-in” ceremony for seniors and their families in the elementary parking lot on Saturday, May 30. There will be a center platform for cars to surround, with opportunities for speakers and students to be awarded their diploma “at an appropriate distance,” said Niemi.

The ceremony will also be broadcast on KBUT for the community to listen in. “I want every senior to be there,” Niemi said. “It’s been a different and difficult time for this class of seniors and we’re looking forward to graduation so we can honor them.”