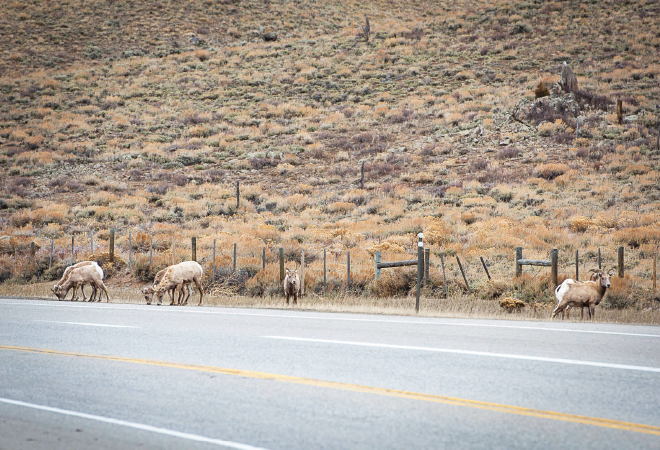 Perspective. For most, it has probably shifted the last few months.

Personal space is wider, travel plans are leaner, catching an easy dinner out is impossible.

During Monday’s Town Council discussion about whether to mandate the wearing of face masks in Crested Butte, mayor Jim “Deli” Schmidt described an encounter he had on Elk Avenue last weekend. Someone not wearing a face mask was approaching him to talk as he was picking up a to-go order. Deli said he pulled his mask on but the person kept coming closer and closer. He described the situation as weird and a bit disturbing. He was uncomfortable. It sounds like what most every woman in Crested Butte encounters in a bar after 10 o’clock. Perspective. Deli’s personal space now extends a minimum of six feet in every direction and it is not comfortable or even safe when people violate the invisible line.

Some second homeowners are still upset about how they were told as the COVID-19 cases were adding up in the valley that they couldn’t come back for a while or, if they were here, to get the hell out. County officials have since apologized many times for the “ham-handed” way the message was delivered. A local marketing guy noted that it appeared the traditional problem of dropping tourism numbers in April was finally solved. “Apparently if we just tell people they can’t come here during off-season, they all want to get here as fast as possible. Why didn’t we think of this before?” he quipped. “April could be one of our biggest months.”

While one second homeowner sued the county over the matter and others called on their friends in high Texas places to stir the pot, Tim Wirth and his family, who have had a second house in Crested Butte for decades, sent money—not to a lawyer, but to the town. He said he not only understood the community’s position in the crisis but wrote a $1,000 check to be used in a way to help the community he and his family love. “As nonresident homeowners, we are happy to help and hope that others are being enlisted,” Tim said Tuesday. The town plans to use the money to help purchase face masks that will be available to the public.

I truly believe the stress of this whole COVID cluster will be looked at in hindsight as an ugly blip in the grand scheme of things by both locals and second homeowners. We all rely on each other to make the whole evolving community thing work, and we will again. Anger and fear have replaced some of the fun and weirdness, but we’ll be back to a Crested Butte normal—which is really not that “normal.” Perspective.

The always incredible teachers, administration and staff of the Crested Butte Community School understand that the class of 2020 deserves a graduation ceremony. The Crested Butte community as a whole deserves a graduation ceremony. But it can’t be the same as last year. So on Saturday, May 30, the grads will gather in the school parking lot for a ceremony that combines the feel of an old drive-in movie spot with opportunity for community. The grads and their families will stay in their vehicles for a unique coronavirus-limited pomp and circumstance ceremony. But it will be broadcast on KBUT, followed by a car parade through town and the young adults of our village will not be cheated of a major life milestone. They will be cheated out of the traditional senior campout that certainly never had anything to do with social distancing, but that is not an option right now. That should honestly be a relief for most local parents.

Happy hour in Crested Butte used to be an easy stroll to a patio or a table to grab a cocktail. Now it is going to a street with a six-pack and a camp chair to sit 10 feet away from friends and talk about life. Like in a bar, the new happy hour allows for people to wander in and out and through the conversation. Now, sometimes they do so in a Subaru. But it works and it is safe.

With so many living rooms or bedrooms suddenly turned into a Zoom conference table for serious business meetings, people have to be more careful about wandering around their house at 9 o’clock in the morning in their boxers, scratching their privates. It probably doesn’t help when the breadwinner in the family makes his or her points to business associates as what looks like a wandering vagrant opens a PBR in the background while sales goals are analyzed. It doesn’t matter if everyone else is wearing a tie but no pants, since business is conducted by screen these days, but trying to explain the bong on the conference table is uncomfortable for everyone.

Look, while this virus can’t help but bring a change of perspective, it is up to us to keep the humanity in it all. It may be easy to lash out at people you disagree with and get frustrated by rules that you don’t like but don’t waste the opportunity to also breathe and be constructive for a new future.

Beyond all the BS floating around social media and other echo chambers, there really has been so much good evident in this crisis. Friends are volunteering for their neighbors. Food is being prepared almost every day for those in need. Locals and second homeowners are paying to help keep people healthy, fed and in their homes during a trying time. Those in charge are working honestly to keep the community safe while forging paths to open for business. Those are not easy decisions. So thank you.

With so many choosing to wear masks it may be harder to recognize who you were talking to, but the feelings of hope, kindness, empathy, even happiness are still easily seen through people’s eyes. Embrace it.

No one wants to be in this situation, so let us as a community work together toward the goal of not going backward with this coronavirus crisis. Stay aware—and stay six feet apart. Wash your hands and cough in your sleeve. Be kind. Show grace. Give Deli, and everyone, their personal space. And keep all that in mind whether you are on the street tomorrow or in a bar at 10 o’clock three months from now trying to chat up a stranger. Grace and kindness should be part of the new perspective.