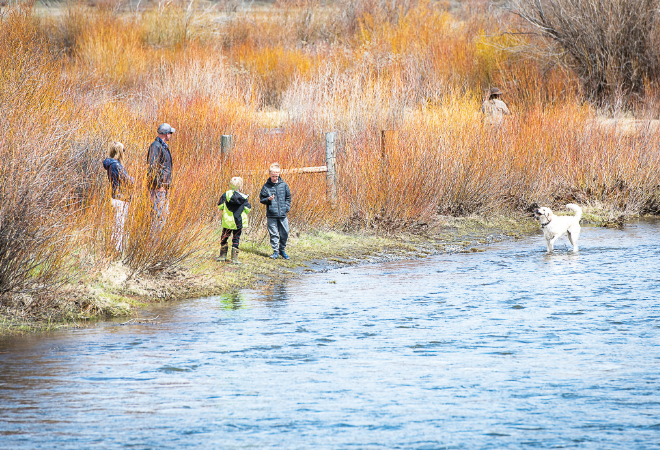 One piece of advice that has made sense to me as a below-average uphill skier and an aging human being is: ”Slow down to go fast.” The premise is to not push the uphill pace to a point where you burn your lungs and flame out on the climb. Instead, it is more productive to slow down, be steady and then pass those who went too fast, too soon.

For example, that advice would have come in handy during the final stages of putting together last week’s paper. Trying to get out of the office too fast I quickly skimmed headlines and stories at the end of Wednesday. So Thursday morning I noticed we had a headline declaring that the Crested Butte Community School was in the top 20 of Colorado high schools as far as overall excellence. The first sentence of the story reported the fact that the CBCS was number 26 of 511 high schools in the state which is really good but it’s not top 20 unless I don’t understand the “new math.” Dang. Going too fast made me embarrassed for an entire week.

Slowing down to go fast can be applied to the current COVID-19 cluster in the valley. There is a contingent of people who want to go really fast right now and open up everything yesterday. They want all businesses to be open, tourists to be flying and driving in today and restaurants to be filled to the brim tomorrow. I want that too, but in the current climate of a still relatively unknown virus that can do great personal harm to some and cause people to die that might not be the best plan. Slowing down to go fast might be a better long-term plan.

County officials, led by Public Health director Joni Reynolds, seem to be trying to find the best balance between public health and community economy. Go too fast and the hospital gets packed and people die. Go too slow and the economy dies and causes major long-term problems, both financially and mental health-wise. It’s a thin tightrope to walk and one where a bad mistake could cause a major setback. It’s impossible to get perfect and Joni and crew have done a great job under unbelievable pressure.

It feels like we are now in the take-a-breath phase of dealing with this pandemic. It feels like we have pretty successfully passed the initial “Holy shit, let’s lock it all down and get organized” phase. Now we as a community are trying to figure out how to return to something more normal. The concern is that we all want to get there too fast and we will relax too much as the rules get loosened. Suddenly we might find no harm in being shoulder to shoulder with 20 neighbors double-dipping guacamole and passing beers in the living room. That would not be a good thing and I’m afraid some of that is already happening.

Looking back to the beginning of this cluster, it seems the primary elements of coronavirus control appear to make a difference. Those elements basically included not having big gatherings where one super spreader can infect a bunch of people; staying socially distanced at least six feet apart; and practicing better hygiene. Alpenglow has been cancelled for the summer and other large events are probably not far behind. Cattlemen’s Days is trying to figure out a new way to rodeo and the Crested Butte Art’s Festival organizers are pondering other ways to present summer art. These big events as you’ve experienced them in the past will not happen this summer. No one should realistically expect to line Elk Avenue this July 4 to watch scientists marching in skunk cabbage.

Instead, our summer business is likely to hinge on attracting people who feel safe out in nature and on the trails as opposed to those looking for concerts and crowds. The county’s marketing arm is preparing to reach out to the nearby drive market and get that message across. This valley has some space and people want space right now.

Meanwhile, those in the “at risk” demographic, older people and people with so-called underlying conditions, should stay more isolated than, say, the 20- and 30-year-olds throwing discs in the town parks. But understand that anyone can get brutally pounded by this virus, so we all have a responsibility to try to protect our neighbors and friends. If you feel sick, stay home. Everyone should keep washing their hands; wearing a mask in busy places isn’t dumb. Whatever you do, don’t sneeze on anyone. Slow down.

Going slow and following prudent guidelines can help prevent the need for another shutdown because we rushed it and brought a second wave of the coronavirus on ourselves. If I read the science report correctly a few weeks ago, loosening the county restrictions is not intended to pretend the virus has disappeared from the valley. It is meant to control the spread so that no more than 10 really sick people are in the local hospital at any one time. Going slow buys us time to get to a vaccine or discover treatments that work better and faster than what we have now without crushing the health care system we have. It has worked so far.

Rushing uphill is not a good plan in the long run. We’ll be kicking ourselves if we ruin the climb because of our impatience and end up slipping backwards. But we are at a point right now where if we go slowly, we might actually be moving fast. It is up to all of us.