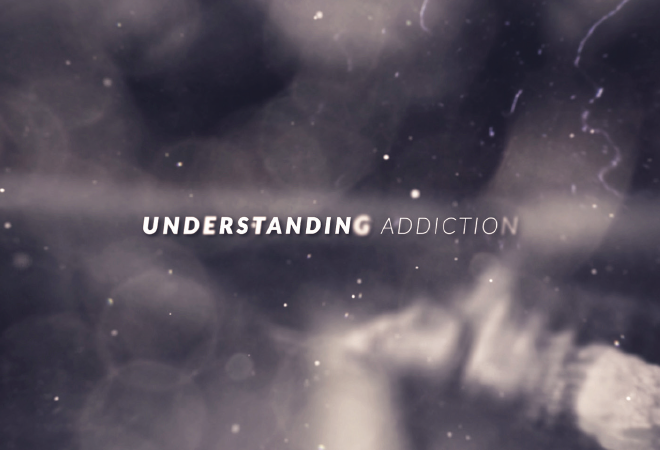 Midway through winter, before COVID-19 changed our lives so intensely, a group of people and community organizations were hard at work filming a video about local opioid struggles in Gunnison County, and the range of lives it touches. While the release date, public showings and free community dinners to accompany them postponed until this weekend, the work done by this group, called the Gunnison County Consortium, may be more important than ever during this stressful time for many that can bring out old struggles, or make current ones harder to manage.

Gunnison County Substance Abuse Prevention Project (GCSAPP) director Kari Commerford says the Understand Addiction project came together from a large collaboration of about 25 different individuals and organizations. She says the need for better understanding of what drives addiction and its affects on people rose to the top of current gaps in care, as the stigma behind addiction, whether formed through prescription drugs or illegal substances, keeps many from seeking help.

“There were a few of us who work in this area of health and wellness in general, and we had wanted to create some sort of local resource that humanizes addiction, creates understanding that addiction affects everybody, even from very different socioeconomic and cultural backgrounds. That acknowledges the trauma people experience from it, and then that sense of belonging and healing and being part of the community,” says Commerford.

Local videographer Brian Sullivan was a natural choice to do the filming. “Brian has worked around cancer, pain and social justice as well,” explains Commerford. “We contacted him to do the video and it sort of evolved. Then we put a call out to the community.”

More than a dozen people came forward to tell their stories, and Sullivan ended up conducting nine interviews with people affected personally by addiction. In addition to judicial, medical and social service experts, the final cuts on the video highlight five of those people.

“Prevention, treatment and recovery were the three key points,” he says. “I don’t think people realize how much trauma plays into addiction though, and lack of connection.”

Sullivan was more than qualified to create the film, professionally. But he also had a deeper connection to the subject.

“From my personal perspective, I struggled with substance abuse too. My father also struggled with it,” he says. Of making this particular documentary, he says, “It was very intense for me. I lost a child about 15 years ago.”

Perhaps his ability to relate to people is what makes the film so touching. It seems to bridge the gap of understanding between, as one expert says, the people who might “party” occasionally but back away from the wall of no return (addiction), and those whose wall is seemingly short and so easily breachable. Through the interviews, music, and portrayals, Sullivan truly captures the art of humanizing this struggle.

Sullivan also touches on the need in this particular locale. “For a lot of different reasons, many people move to these areas with some trauma behind them.”

Sullivan is working now to make each story available. “We want to make the whole, raw interviews available to make the information available to people and also to honor the people who had the courage to come forward,” he says. This includes parents who recently lost their son to addiction.

“All the individuals who came to be part of the film have continued being a part of the community,” says Commerford, where only one of them had been involved previously.

Commerford thinks the staying power of those involved speaks to the need here. “I think if people knew that efforts like this were taking place, around increasing mental health services…I think a lot of people would get involved. I think they sometimes don’t know how. They think it’s not part of their job.”

Part of the difference in this project is that it has made being involved a job for more people. Last year, the consortium obtained funding through a $200,000 federal grant awarded to Gunnison County from the Health Resources Service Administration for rural communities opioid response program.

“We wrote into the grant that we would be able to pay people to be at the table. And we will continue to do that, to keep sending the message that this is important work and it is valued.

“We know that we have a lot of economic deprivation…so we want to make sure they are compensated for their time,” continued Commerford. The consortium started with five organizations: Gunnison County Juvenile Services, Health and Human Services, the Health Coalition of Gunnison Valley, Center for Mental Health and Western Colorado University. And then it expanded several times over.

“To me, one of the most rewarding parts is being able to engage community member and organizations who haven’t been a part of this work before. And it really shows that it touches a large range of our community,” says Commerford. The film has also been translated into Spanish.

She said the film and the discussion that have been re-envisioned to accompany its release, themed “The opposite of addiction is connection,” will showcase the sense of union among separate groups that happened with the project.

“It’s about community mobilization,” says Commerford. “The people who are in recovery really guide the process.”

The consortium is also putting on some medical education dinners, such as a continuing education event for professionals on non-pharmacological treatments of pain, and the role of behavioral health in pain management.

“So really the goal is to use the community and professional resources to decrease the use of opioids, build up education and to increase integrated or complimentary treatment and connect people to resources. This can strengthen resolve,” says Commerford. An example of the prevention tactics is addressing how medical professionals screen their patients for addiction potential.

These events were scheduled for April, postponed due to public safety measures. In February, the consortium showed the video at a conference in Washington, D.C., celebrating the work of the grant program. The event, a virtual discussion happening twice on June 24 at 12 p.m. and again at 6 p.m., will feature the documentary and Q&A session afterward. The video will be on the  GCSAPP and Consortium website afterward.

Commerford says the idea is to use the video as a foundation and build from there. “It’s a great place to start the discussion. And for me, I’ve been working in the community professionally for 14 years. And it gives this deeper level of intimacy for the community. Hearing the [stories] gives this deep sort of intensity and connection.”

Sullivan says one cultural change could be creating safer social outlets. “We were asking people what they needed from the community to try and continue to stay sober in the future. A resounding thing I heard from people in the community is that there’s not a lot of community events outside of the festivals and other things that revolve around substance use.”

He says he hopes it can make a difference, particularly during these challenging times that can “have a ripple effect on us,” as he phrases it.

“I was really honored to be a part of it. And I hope it helps.”