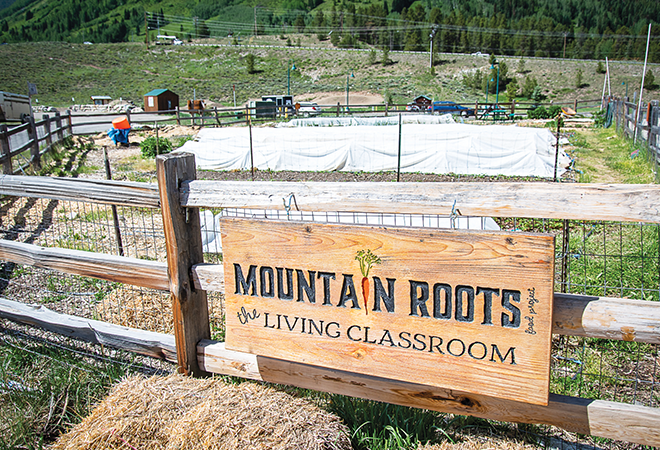 Part 1: Growing during the coronavirus crisis

(Editor’s Note: Taking a page from America’s war history, the valley is seeing a rise in people deciding to grow their own food as a result of the COVID-19 crisis. Dawne takes a look at the history and the current situation in a two-part series.)

Taking a page from America’s war history, the valley is seeing an increase in people deciding to grow their own food as a result of the COVID-19 crisis.

As World War I raged (1914 to 1918), food shortages throughout Europe grew, with farmers off to fight the war. Back home in the United States, civilians were encouraged to plant “war gardens” in any available space, from schoolyards and parks to rooftops, backyards and vacant lots. To enable the troops abroad to receive full rations of foods, American families were barraged with garden propaganda, mostly via posters and word of mouth through various women’s clubs, to “sow the seeds of victory.”

Organized by Charles Lathrop Pack, the National War Garden Commission offered pamphlets to novice gardeners with information and instructions for planting, fertilizing, harvesting and preserving their newly planted fruits and vegetables. The Federal Bureau of Education also began the U.S. School Garden Army, “enlisting” children as “soldiers of the soil” and teaching them gardening skills. These efforts allowed more food to be exported to our European allies as well.

By 1917, three million new gardens had been successfully planted with more than five million in 1918. The combined harvest of those home gardens resulted in a windfall 1.45 million quarts of canned fruits and vegetables. After the war and the food campaign had ended, many saw the benefits of having their own fresh produce and continued to maintain their gardens, which were now referred to as “victory gardens.”

When food rationing was introduced in 1942 during World War II, victory gardens began springing up in numbers once again. First Lady Eleanor Roosevelt even utilized the White House lawn to plant a vegetable garden. The most popular, easily grown and most efficient vegetables were beans, beets, cabbage, carrots, kale, kohlrabi, lettuce, peas, tomatoes, turnips, squash and Swiss chard. Novice “farmers” were encouraged to keep journals on seed germination, insect infestation and control and crop diseases to better understand how to maximize their future gardens.

At the start of the war in 1942, 15 million families had planted gardens and by the Allies’ victory in 1945, an additional five million had joined the ranks of soil soldiers producing eight million tons of produce, an equivalent of 40 percent of the total fruit and vegetables consumed in the United States.

Today, America is at war with a different sort of enemy—COVID-19, the coronavirus. From the time the United States was finally put on alert and lockdown with the entire world in quarantine from the pandemic, meats, produce, canned goods and even paper products like toilet paper were flying off the shelves, creating a shortage of these items across the country. With workers in food and meat production companies contracting the virus, as well as truckers who were transporting product, people panicked and hoarded.

The reality of empty shelves of produce and meat at the supermarket brought people back to the concept of growing their own essential food, and even raising their own meat and eggs with sales of chicks rising. People turned to the Internet for gardening instruction and with the onset of spring, and with many out of employment, front and backyard food gardens began popping up and expanding.

Here in the Gunnison Valley, high-altitude gardening has always been perceived as a challenge, with shorter than a 60-day growing season. Locals have begun constructing their own greenhouses, which can extend the season to year-round. In Crested Butte, the old-timers taught us not to plant outdoors before Father’s Day, as a late frost was usually certain, with Gunnison enjoying a longer season with seeds in the ground by Memorial Day. Most gardens in both Gunnison and the north end of the valley can produce through mid-October, uncovered.

In 2010, a group of people who wanted to disprove the myth that you couldn’t grow ample food in the Gunnison Valley formed and started an urban garden in a vacant Crested Butte lot on Elk Avenue. The group named themselves Mountain Roots Food Project and they encouraged volunteers to come join in growing and harvesting and by the end of the season, locals were the recipients of the free abundant produce.

Executive director of the Mountain Roots Project Holly Conn says of the non-profit’s expansion, “After jumping from empty lot to empty lot, we realized two things: we couldn’t feed the valley on small donated spaces and we needed a permanent home,” as they were losing their garden plots to new construction on those once-vacant spaces. They entered into a partnership with the Coldharbour Institute to establish approximately an acre of sustainable agricultural production eight miles east of Gunnison, for demonstration and education of sustainable growing.

“A lot of people in our valley want to grow food but don’t know how or they don’t think it’s possible. What we’re trying to do is model and teach that it is possible,” Conn explains. “Our community has the opportunity to produce food on both an individual scale and a community scale.” Individuals who have the space can create their own home gardens, on their patios or in containers, or they can convert their front and backyards into a garden with raised beds. “The theory of the victory gardens during war time was that you could raise your own food,” Conn says and quotes the famous guerrilla gardener Ron Finley, who said, ”Growing your own food is like printing your own money.”

Conn notes that Gunnison Valley residents are experiencing financial setbacks from COVID-19, “and anything we can do to offset our food budget helps. Also, the coronavirus has put into question the sources of our food, how we get that food, and how much we trust the sources. We’ve all seen supply chain interruption, when you go to buy carrots and there aren’t any.”

Feeling that the virus showed us that the global supply chain is vulnerable, Conn says, “And we know that localizing our food sources builds confidence and creates trust when you know the source of your food. It also cuts down on carbon emissions, you support the local economy in an environmentally responsible way and it’s worth paying a little bit more for that. When you grow your own garden, you take the cost out of the equation for many of those foods—seeds are cheap, or free if you collect your own.”

Mountain Roots has been experiencing more locals becoming proactive in creating their food gardens as a result of the pandemic but also they see an increase in the need for support. “We’ve been talking to people about what’s been holding them back in growing a garden,” and what they’ve discovered is that novice gardeners simply don’t know where to start and need guidance. Others have gardening experience but haven’t grown in this climate, and a third group doesn’t have garden space. Mountain Roots is addressing all those issues.

“We launched a Victory Garden Revival for Gunnison Valley with three ways that people can get involved,” Conn continues. First, if you are utilizing your home as a gardening space, register your garden with the Mountain Roots Victory Garden Revival on their website and not only will they put you on their map but you’ll receive some really cool swag.

“We have power when we work together,” Conn emphasizes, and there’s a vast network of expert gardeners who will help with questions or problems for individual gardeners.

The registration is free and gardeners get a yard sign, organic seeds and a retro design Victory Garden Revival t-shirt, plus a weekly support visit from Mountain Roots staff member Sean Kohler, the Victory Garden Revivalist. Every garden registrant receives a $25 credit to spend on their online local food growers, which keeps dollars circulating in the local economy. The group also posts a weekly blog with answers to questions and problems from bugs to fungus on vegetables to frost alerts. “We want the gardens to be successful so in the support network, everybody can help each other,” Conn says.

Mountain Roots can also help those without a garden space. Any inspired would-be gardener, or someone who wants to try it out before committing fully to their own garden, can participate in the community gardens. In Crested Butte, the gardens are located at the southeast corner of the Community School and in Gunnison at the Gunnison Community School, the Cottonwood Community Garden at 12th and Gothic, the Giving Garden at the City Park and Bill’s Park at 14th and Georgia. “All those gardens are a new way of looking at community gardening that we think is strong and powerful. In a traditional community garden, everyone rents their own plot, plants their own and they get a small yield. We’ve revisioned the community garden in what we call the ‘common ground.’”

Conn explains that the community gardeners together cultivate the entire garden space, collectively working on 50-foot rows, which quadruples the yield because more can be planted. This also reduces the input, so it doesn’t take as many people to cultivate the space, as a bonus.

Conn says, “It creates a fast and real bond with the other gardeners between people of all walks of life, because we’re finding common ground.” At harvest, they divvy up the food and Conn says there is never a shortage.

Lastly, Mountain Roots has a plan and contact for full-service food gardens for those who are too busy—they can hire out their gardening, just as a lot of part-time residents will hire landscapers to make their yards beautiful with flowers. Former staff member Sierra Fairfield-Smith has started her own edible garden business, Sol Food Gardens, that builds and maintains a food garden on your property, with 4 percent of her profits given to the Victory Garden Revival effort. Conn feels that’s another bonus, “so we can produce more free food for people in need.”

For more information on Mountain Roots, or how to start your garden, register your home garden for the Victory Garden Revival or how to get involved, visit the Mountain Roots website at mountainrootsfoodproject.org.