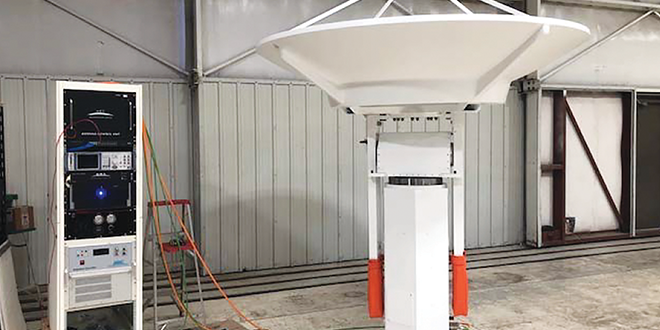 Gunnison County could be a pilot project

In the expanding world of weather modeling technology, there could soon be a new and localized weather, wildfire and streamflow radar system for Gunnison County through a public/private partnership.

Local officials started talking with consultants from Western States Water Partnership (WSWP) and Advanced Radar Company (ARC) last month about a proposal to use Gunnison County as a “beta site” for testing.

WSWP and ARC have offered to collaborate with Gunnison County as part of a watershed management project. If all parties can agree, WSWP would cover the costs of the radar, its installation and its maintenance, while the county would provide the space to locate it and feedback on how to use its forecasting “products” in a real-world setting.

Depending on what Gunnison County chooses to prioritize, the radar and software could be used for improved weather data, wildfire and water supply forecasting and/or collaboration with existing weather radar companies in Montrose and Grand Junction that service the area. ARC would provide hardware, software and other products for storm tracking, cloud and precipitation formation detection and wind-shear detection, among other things.

WSWP manager Vern Tharp said the company is focused on legacy water issues and recognizes that there are wide gaps between conservation and agency missions and their budgets. And that is where WSWP can come in.

Tharp described how a well-placed Doppler radar can do the same job as hundreds of SNOTEL devices, and where ARC has measured actual stream flows compared to projections by a properly located radar, the projections were 40 percent to 60 percent more accurate than other devices.

Tharp said WSWP, founded by the Wildlife Heritage Foundation, is working with ARC to expand its network of radars across the Western Slope and build a business that can sustain itself beyond grant funding, “so you can depend upon them in the future and in the West,” he said.

Gunnison County seems to be an ideal place for a new project site to showcase and build ARC’s technology, given that there is not a weather radar in the county yet. WSWP has already purchased the radar from ARC at a cost of approximately $800,000.

Beyond an initial three-year timeframe that WSWP is offering, a long-term arrangement would need to be worked out.

ARC’s chief executive officer, Neil Brackin, also pitched the idea to Gunnison County commissioners. Brackin emphasized how the radar could impact the airport and any businesses that use aviation in their commerce.

“A modern weather radar is much more than showing the precipitation. But it can greatly improve the forecast,” he said.

Brackin spoke to safety and efficiency enhancements from the radar weather data for flight management and other uses. He said it updates in 15-minute increments to determine road surface conditions that can help time de-icing operations, and it can also predict the behavior of complex wildland fires up to 12 to 15 hours in advance.

ARC representatives said they want a partner like Gunnison County that can test it out, and then collaborate with feedback as the company builds and adds more radars to other areas and then eventually sells them to ski areas, power companies, and other entities. There is also extensive potential for hydrological monitoring, they suggested.

“This is a good business approach as well as a good public policy approach,” said Tharp.

Commissioner Roland Mason asked about how the radar can interact with forecasts coming out of other airports that sometimes divert flights away from GUC at the last minute due to changing weather.

“The accuracy of flight forecasts is going to be greatly improved,” said Brackin.

Commissioner Jonathan Houck asked what conversations ARC has had or plans to have with the other agencies within the county that would potentially be involved, such as the ski area, the municipalities and Rocky Mountain Biological Laboratory.

Tharp responded that they wanted to start with county, then begin coordinating with the other entities.

Gunnison County emergency response director Scott Morrill said the county has an important relationship with the National Weather Service, and there can be conflicting information between two data points.

“Strategic partnerships are the heart of our mission,” said Tharp. He said they can and have worked with the National Weather Service office, and many others. He said he understood that the Grand Junction NWS office would be a part of the arrangement.

“We don’t need a financial assistance from you. We want your input,” emphasized Tharp.

“This does represent some opportunity,” said Houck.

“This is a big deal. No one is doing this; it is leading-edge stuff,” said Tharp.

Gunnison/Crested Butte Regional Airport manager Rick Lamport did not attend the presentation in July with ARC, but he said it does appear to hold potential.

Lamport confirmed that he is not aware of any radars in the Gunnison area currently.

“I am very aware of the limitations to current weather radar propagation as it relates the Gunnison area. As regards the weather radar on Grand Mesa, the shadowing around the Gunnison area devoid of weather radar data can be clearly seen on various applications, especially during winter months. It is in a clear pie shape from about 89 degrees through about 160 degrees below about 16,000 feet… The West Elk Mountains cause a lot of the shadowing,” wrote Lamport in an email to the Crested Butte News.

He said that aviation activity relies on the airport’s Automated Weather Observing System (AWOS) for dispatch and approach weather criteria. Three of the airport’s staff are certified to produce hourly surface weather observations if the automated system fails.

“Certainly, a weather radar that can return actual weather data at ground level locally would most likely enhance that. It would be a good thing,” wrote Lamport.

The next steps are for county staff to work with ARC on the details on their proposal and better understand what the commitment and connections would be. Then if action is needed it can come back to the Board of County Commissioners for approval as a Memorandum of Understanding (MOU).