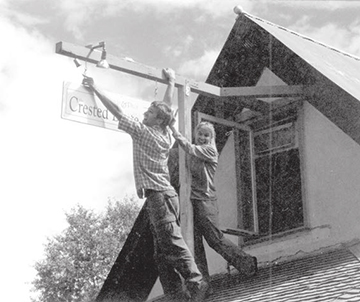 This week marks the 20th anniversary of the inaugural issue of the Crested Butte News. Twenty years ago, a group of journalists, photographers and graphic designers decided it was time to create something new that reflected the town we all loved dearly.

Five of us – Than Acuff, Edward Stern, Jill Clair, Tiffany Wardman and I all made the decision that it was time to walk away from the Chronicle & Pilot whose new ownership wasn’t allowing us to put out a community-focused paper that Crested Butte deserved. So, the five of us became owners of a brand new paper that we named the Crested Butte News. Our mission was to create a newspaper that was the voice of the community. We took inspiration from local leaders of our journalism community – George Sibley, Lee Ervin and Mark Reaman.

Over the next five days, the five of us, along with the most dedicated staff anyone could ever wish for – Aleesha Towns, Spencer Madison and Pete Sharp, put out our first issue on August 11, 2000.

But we didn’t do it alone. Community members heard that we had left the Chronicle and within hours business owners were buying display ads, neighbors were dropping off old Apple computers, cases of cold beer and donated office furniture. Our friends at the Crested Butte Weekly, headed up by Mark Reaman, offered all the support we needed. Former paper colleagues like Lynda Jackson jumped in as our typesetter, Denis Hall started his column and colleagues submitted congratulatory letters to the editor.

Delivering the News that first week was surreal. Cheers from the Eldo deck, hollers from people driving by, and pats on the back from people inside town hall, real estate offices and restaurants. We felt encouragement from all corners of our community. Crested Butte had faith in us, and we had faith in it.

As the weeks went on, we added a sales team and were able to turn our interns into real paid staff.

We built in the values of hard work, sacrifice, humor and fun. Eventually, the paper became successful enough that we were able to purchase the competing Chronicle & Pilot.

Over the years we have had the honor of having such incredible talent and all-around incredible people on the News team. Thank you to each and every one of them who became family.

Those early years saw many Tuesday nights with little or no sleep. Eddie and Than would stay up all night, Jill and I would get a few hours of shut eye under our desks. There’s a reason our motto is “The News never sleeps.”

It also meant many coffee runs to Camp 4, story meetings on the Eldo deck and friends that have been treasured for decades.

After many years of ownership, our lives shifted, and we decided to sell the paper. We found new owners, two guys that come from a long line of small family-owned newspapers, who give us the space we need to continue our mission. In a news industry that’s full of people interested in only the bottom line they are genuinely committed to small town news.

This past Tuesday, members of the early days of the News gathered via Zoom to reminisce. There was so much laughter telling the stories of our first Miss Mardi Gras (Than), our all-time favorite April Fool’s stories, and trips to Telluride and Las Vegas in our company car. Tuesday nights used to mean local marshal Jack Crumpton would drop off late-night chocolate bars to the editorial team when our office was on Elk Avenue. We grew up together in the most magical time.

Thank you to all those who have served as our designers, writers, photographers, sales people, delivery drivers. Whether you realized it at the time, you were all a part of something bigger than the paper. You were a part of keeping the spirit of this place intact. And a big thank you to our editors in chief over the last two decades – Eddie Stern, Aleesha Towns and Mark Reaman.

Reaman, thank you for carrying the torch for the last decade and for your unbelievable dedication to this town.

Thank you to this community who has supported the News over the last 20 years. Your openness to tell your stories, share your insights, call in your news tips and everything in between, has allowed us to continue our mission to be the voice of the community.

As we look forward to the next 20 years, I have faith that whatever the outside world throws at Crested Butte, this community will have the patience, perspective and respect for one another to look each other in the eye and remember what the word “community” means. 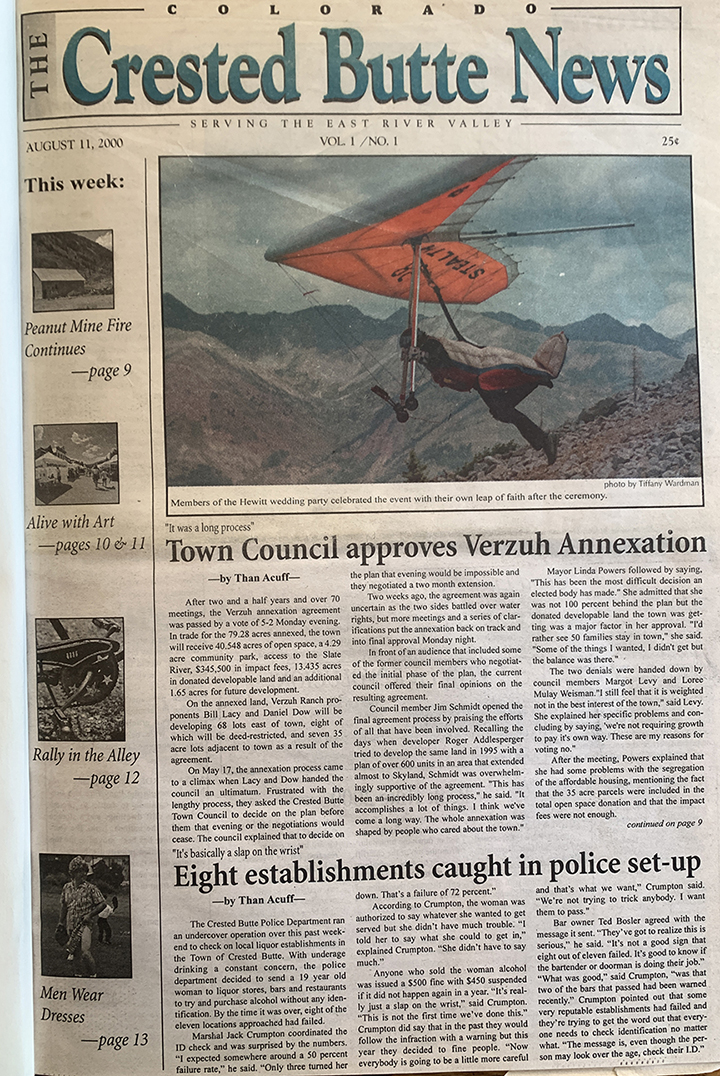