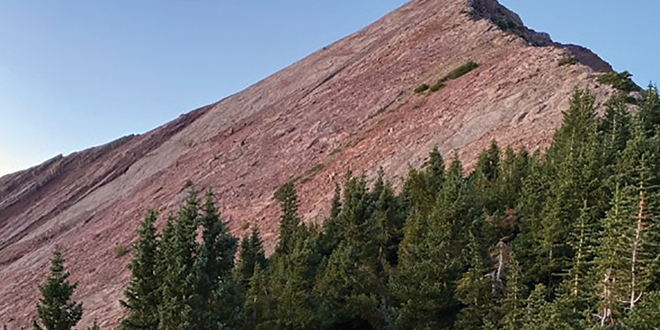 Backcountry rescues in the area see end of summer flurry

Adventure on Avery just one of many last weekend

The influx of people to the nearby backcountry this summer did not immediately result in an increase in Search-and-Rescue missions around Crested Butte. At the end of July, Crested Butte Mountain Rescue Team (CBMRT) president Randy Felix said while the number of people in the backcountry was obviously up, the team was having an average or even below average year. That has taken a turn.

“We have had a recent flurry of activity,” Felix reported this week. And while some of it is becoming a normal occurrence, other incidents are a bit sketchier.

“We receive at least one call per week for overdue hikers hiking between Crested Butte and Aspen,” Felix said. “I am working with the Forest Service to help improve signage out there.”

In the “more interesting” category, Felix said an incident last weekend involved two couples in over their heads while climbing Avery Peak north of Gothic. On September 5, CBMRT responded to a call for four climbers stuck high up on the southwest face of Avery Peak Saturday evening.

“The climbers had cell service and were able to call for help and describe their situation,” Felix said. “A hasty team from CBMRT responded to assist the climbers. One of the couples was able to climb past the difficulties and reach lower-angle terrain and the ridge. They were met by the CBMRT hiking down the ridge into Virginia Basin.

“From GPS coordinates and visual inspection of the face, the remaining couple was spotted high up on the face,” Felix continued. “The team from CBMRT summited the peak and was able to make voice contact with the stuck couple. The couple was stuck on a small ledge with around 50 feet of steep terrain above them to where the steepness lessoned significantly. There was a layer of loose rock and sand prohibiting their perceived safe passage to the top. Members of CBMRT were able to lower down a couple of harnesses and safety rope. The couple was able to put on the harnesses, tie in and were belayed to the ridge where they descended without further incident with members of CBMRT.”

Felix said the Avery Peak mission was completed at 3:45 a.m. He emphasized that the southwest face of Avery Peak is steep and scrambly climbing on often loose and exposed rock with poor anchoring options. “A fall from the face would most likely be fatal,” he said. “It is a fun outing until it is not!”

The next day, the team received a call for the same area but in a much more busy place—a bike accident on Trail 401. “CBMRT and a paramedic from the Crested Butte Fire Protection District made contact with a female patient on 401,” said Felix. “She was flown out of the field with the assistance of CareFlight 4 out of Montrose due to the severity of her injuries.”

The CBMRT also had a lost hiker call near Ohio Pass and an overdue mountain biker riding from Crested Butte to Aspen, all over the Labor Day weekend. Both were eventually located.

Next up: hunting season. The good news is that Felix said “while hunting season is always a big question, we do not see the number of calls as we used to due to improvements in GPS technology and its widespread use.”