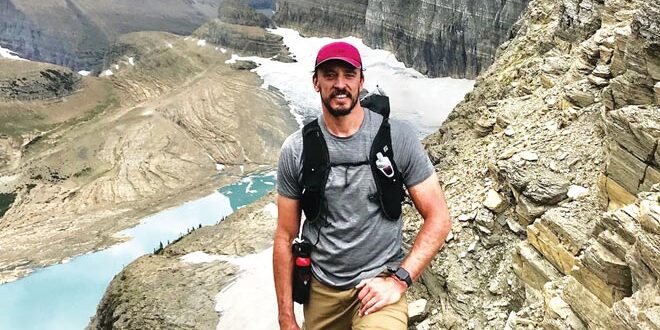 It all started in 2018 on a Trek 930 hard tail and little knowledge of, or ability for, mountain biking. Three years later, following the CBGTrails app created by local company TerraQuest, Kemble Widmer completed both the TrailQuest mountain bike and TrailQuest wilderness challenges, covering 1,280 unique miles within Gunnison County.

It all started organically but soon turned into a goal in 2018 when he moved to the area.

“I’m an explorer at heart,” says Kemble. “But I admit I got a little addicted to seeing my name climb up the TrailQuest list.”

His efforts at the start were truly baptism by fire. Early on he realized that if he was going to commit to riding every trail in Gunnison County, he would have to ditch his trusty 25-year-old mountain bike.

“I kept at it and was riding long rides every three days and figured there’s probably a better tool,” says Kemble. “I also figured, why not finish all of the trails in a year.”

In addition to learning how to ride a mountain bike on both silky-smooth singletrack and rugged, steep rocky trails rarely ridden, he also learned the art of trailside maintenance.

“When I first started I knew nothing about biking,” says Kemble.

He recalls shearing a pedal off early on a ride in the Needle Creek area as well as breaking chains and having cleats pull out of the bottom of his bike shoe, all at fairly inopportune moments.

“Some call it lack of preparation. I call it skills development,” says Kemble. “I soon learned the best spare parts to have with you. My measure of success is not having the same failure twice.”

Then there was learning the nutrition and hydration aspect of long days. One particular ride stands out when he was one-third of the way into riding Mendicant Ridge near Paonia.

“It was such a long day,” says Kemble. “I ran out of water 30 percent of the way into the ride. I was completely dehydrated and there were thunderstorms building and I still had 15 miles left to go.”

And as he got farther and farther out on his bike, the trails got less noticeable, with little to no maintenance.

“There are places where the trail is nearly non-existent and completely unmaintained,” says Kemble.

“I had saved some of the best trails for last and I ended up hiking three 20-mile bike rides through the snow,” says Kemble. “I was walking through one to three feet of snow with deeper snow drifts up high on the ridges.”

He did officially check off all 830 unique TrailQuest mountain bike trail miles but had to hike those last three so he returned the next summer to rattle them off on his bike. Then an idea hit him.

“I had encouraged John Norton to consider creating a Wilderness TrailQuest challenge,” explains Kemble, “a new contest to run or hike all of the wilderness trail miles in the county. I always wanted to get into the wilderness areas here and I did have a goal to finish that within a year as well.”

The TrailQuest Wilderness challenge was thus created for 2020 and Kemble was back in the thick of it this past summer looking to cover all 450 miles of documented wilderness trails on the CBGTrails app.

This challenge posed the same challenges as the mountain bike one, and then some. First, there is Kemble’s attention to detail.

“You might have to do 24 miles just to get that seven miles of unique trail credit,” explains Kemble. “I’ve always been meticulous about hitting every foot of every trail.”

Secondly, wilderness trails pose another issue, as they tend to be even more remote and therefore far less traveled. As a result, Kemble did end up backtracking a number of times as maps had trails documented with slight variations.

He used those experiences to help out TerraQuest and give them his report from the field so they could further update their maps for others to use.

While he readily admits he is not a huge fan of hiking, the lure of exploring is what kept him going. Furthermore, he saw things hiking and running that he probably wouldn’t have seen on a bike.

“I stumbled across Ute grinding stones, I saw six bears on one hike, pine martens and a mountain lion up Soap Creek,” says Kemble.

He continued to crank out the miles over the summer but had a month-long break in September for a road trip with his wife, putting his goal in flux. When he returned in October, he still had some work ahead of him.

“I still had quite a bit of work to do in October and I knew I’d be racing the snow,” says Kemble. “The last two weeks I had to hike or run five more times over 30 miles each.”

He completed the Wilderness TrailQuest challenge last week bringing his total unique miles of mountain bike and wilderness trails completed to 1,280.7. And Kemble’s efforts weren’t entirely fueled by wanderlust and reaching the goal of knocking off every trail in the TrailQuest system. There was also a utilitarian aspect to his efforts.

“I volunteer with Crested Butte Search and Rescue and knew that learning the mountains, valleys and trails would prove useful on search and rescue missions,” explains Kemble, “particularly when parties are suspected lost and may have taken a wrong turn.”

Having covered all documented mountain bike trails and wilderness trails in Gunnison County, Kemble is now looking forward to having no goal in mind. But that doesn’t mean he is done exploring.

“I’m really looking forward to not having a goal to obsess about,” says Kemble. “Now I’m looking at climbing the peaks in our area. There’s just an endless amount to explore.”