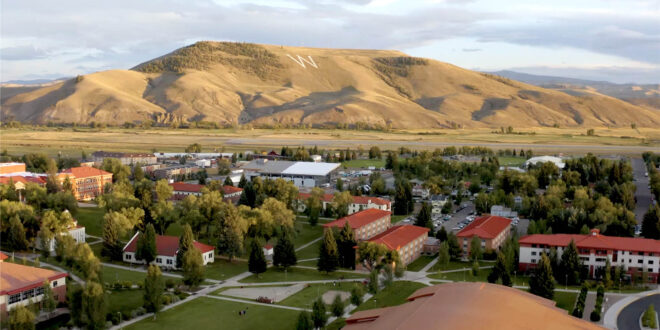 Given a sudden and somewhat dramatic rise in positive coronavirus cases on the Western Colorado University campus, the decision was made Sunday to move to 100-percent online learning for the remainder of the Fall semester. The decision will go into effect on Monday, November 9.

In a letter to the Western Community released Sunday afternoon, WCU president Greg Salsbury said that, “we have seen an uptick in the number of positive cases over the last week. Now, due to a number of positive cases which were reported just today, Sunday, November 8, 2020, we have made the decision to move entirely to online learning beginning with classes scheduled for tomorrow…”

Salsbury said on Friday, November 6 that there had been 32 positive cases reported on campus since October 28. As a result, Gunnison Public Health had classified Western as having an outbreak of the virus and Western administration said they must take deliberate action to mitigate the situation. It appeared most cases were related to student and athlete travel along with students participating in large gatherings such as parties. Salsbury’s letter said there is no evidence of classroom spread of COVID-19. In his Friday communication, Salsbury made it clear the party behavior was unacceptable. “If evidence of further spread continues, we risk having to shut down,” he bluntly said.

But given the continued increase in positives, Western is tightening up and will no longer hold in-person classes. The Sunday letter informed the campus community that, “Swipe access to academic buildings will be suspended for students. Meals will be served on a grab and go basis. Still, this could change in the next 24 hours based on direction from Public Health.”

In fact, Salsbury’s Sunday communication said there were many questions still to be answered and hopefully that will happen Monday. “I am sure you will have many questions, especially regarding on-campus residents and how they will transition home for break,” he wrote Sunday. “We cannot answer those questions until administrators meet with Gunnison County health officials tomorrow (Monday, Nov. 9, 2020). Following that meeting we hope to have guidance regarding whether residents should begin traveling home, what instructions they will be given, who is allowed to stay, and other important guidance. Please know we will update you with more information tomorrow in the timeliest manner possible following that meeting.”