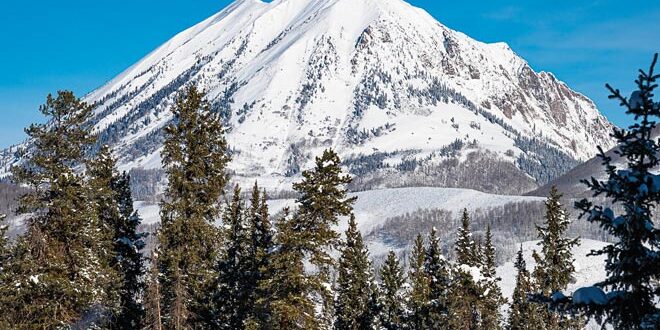 It’s not like when that ball drops into what will be a pretty empty Times Square in New York at midnight on December 31 things will suddenly be different. Yeah, I’m with you and would love the clock to chime in a new year with no coronavirus pandemic, real racial justice and harmony, great backcountry snow with no avalanche danger, no last-minute house fires and a smooth transition of presidential power. Like you, I’m dreaming. 2021 will begin like 2020 ends. But… there is hope.

COVID has been rough. It has taken some of our friends and community members and hobbled others for long periods of time. COVID put a scare into local business owners and even shuttered a few of them. Last spring as I wandered the valley (as an essential worker) the roads were empty, the businesses locked and emergency personnel were really busy.

No one knew what was coming and we as a community adapted. In fact we adapted better than most as we prepared for the worst and got lucky. Our numbers seemed to plateau in March and April. We all had it then, didn’t we?

Public Health director Joni Reynolds and her team came together and made it pretty clear, pretty quickly, what needed to be done to stop the spread of the unknown virus and keep our hospital beds open. They got some loud pushback. The local team stayed the course and while not always easy, it worked. The dramatic county closure, the smart social distancing, the wise use of masks, the Coronameter and data studio all contributed to an exemplary response. We are still better than most other places in Colorado and the country. For that we can be thankful.

The volunteerism was off the charts as healthy neighbors pitched in to help friends and strangers. Contributions to organizations that help those most in need like the Gunnison Country and Crested Butte Food Pantries, Mountain Roots, the Community Foundation went up noticeably. That was impressive.

As summer approached, it became clear quickly that our outdoor offerings would draw people. And the people came. We sent the message that you could be outside and stay safe—and our valley has a lot of outside. The town reconfigured Elk Avenue to accommodate more people. While the local finance people initially projected a steep drop in business and elected officials mapped out cutbacks and mitigation measures, sales tax revenue numbers are actually up over last year.

Fall saw the expected coronavirus surge and we are still not out of the woods as the numbers are higher than everyone would like even today. But they are manageable and the number that matters most—available hospital beds—is where it needs to be most days.

On the bright side, most of us were forced to slow down. We had to hole up with our family and remember why we are family. We found out that Zoom was not just an okay way to hold a meeting but also a happy hour. The school district kept its classes open through a number of actions and kids were able to learn with their friends, which is a whole heck of a lot better than learning alone in the kitchen. Some of us read more books while others learned a new skill or picked up a new language. Some couldn’t handle the change very well, while others embraced it and took lessons from it.

Look, when this is all over, the only thing we’ll really have from it all is how we dealt with the weirdness and adversity. Did you deal with grace or with anger? Did you yell at someone doing their best or give them space to make good decisions? Did you grow or did you wither? Did you breathe in the light or crawl into the darkness? Collectively we did pretty well. It’s not over so let’s focus on grace.

And the same lessons can be held with the other things that emerged in 2020. Did you deny the need for more racial justice and equality in the valley or did you relook at your beliefs? Did you listen to members of your community who are people of color, or ignore their concerns?

As winter sets in with a poor snowpack, will you be more careful in the backcountry or go for it anyway? Make your choices but understand the ramifications. We have already lost a local backcountry icon, a really good man, in a tragic accident and we don’t need to see that again.

And then early Tuesday morning, a renowned rental property south of Crested Butte burned to the ground, displacing several people. Fortunately no one was hurt but many lost everything. Scary stuff. Within hours there were efforts to find them places to stay and clothes to wear. That speaks to community—again.

And then there’s Donald. He is what he is. He has no qualms about pardoning the convicted killers of unarmed Iraqi civilians, apparently because he knows those who own the Blackwater company they worked for. Swamp move. Law and order president my ass. But frankly, it’s the enablers who have lost their way. Supporting his election turnover effort (some would say coup) that is based in a dark fantasy—otherwise show the proof when you have the chance, and you’ve had plenty of chances—will stain this country and this place. For Donald’s people to keep Joe’s team in the dark over things like national security issues is beyond irresponsible. It’s a tangible danger to this country.

I read an online post from a former Crested Butte-er who passionately believes that within weeks of Joe being sworn in there will be Chinese troops on our streets, forcing you to be a slave to their industries as you beg for food rations. I’ll take that insane bet all day long. But it also tells me that with Donald’s support, things could get out-of-hand volatile.

That’s where we are as we head into the next number, 2021. Geezus. But it is just that—a number. 12.31.20 to 1.1.21. So take that breath and deal as positively as you can with the pandemic, the loss of our friends from COVID or the backcountry, the losses incurred in a house fire and the struggle involved in honestly treating others of all color with the respect and equality you expect for yourself. Stay grounded in facts instead of conspiracies when it comes to January 6 and January 20.

Who said any of it was simple when things are this bizarre? The weird things won’t change just because the ball drops into Times Square. The real change is up to you and all of us. Perhaps that ball can at the least be a marker for a new future. We’ve actually done pretty well in the valley. The community as a whole steps up when called upon. Most of us believe in science and facts. Most understand the need for restrictions to keep the coronavirus at bay. Most agree the election is over. Lord knows it could always be better, but change takes work. It takes cooperation. It takes logic and sanity. It takes right attitude.
Change, good change, takes you. Embrace the opportunities in 2021. They will be there. Happy New Year everyone…