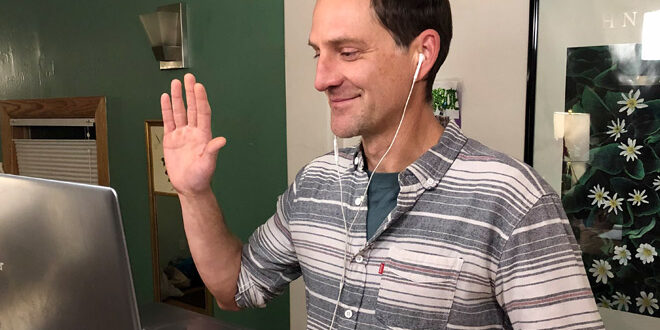 MacMillan jumps into the fray

Four longtime Crested Butte locals threw their hats in the ring on January 19 to replace Candice Bradley on the Crested Butte town council and Jason MacMillan came out on top. The other three citizens interested in the seat were Johnna Bernholtz, Terry Camp and Kent Cowherd. All indicated they would consider running for election in the November council election. MacMillan’s appointed term will run until that next election. Bradley resigned because she moved out of town.

Using a tiered voting system that ranked the place where each candidate was placed by the current councilmembers, the first round of voting ended in a tie between MacMillan and Bernholtz. After a second round of voting, MacMillan was declared the winner and the council unanimously voted to appoint him to Bradley’s seat.

“I am really excited to be a part of the council,” MacMillan said after hearing the results of the vote.

All four candidates said they were honored to be part of such a great group of people who expressed interest in a council position. All mentioned their desire to address rapid changes they saw currently happening in the community and all voiced the need for more affordable housing as one of the town’s top priorities.

MacMillan spoke the longest in his pitch for the seat and touched on several topics from housing to growth to the realignment of Elk Avenue in the summer noting that many new issues were emerging from the pandemic. As for affordable housing, he emphasized that it was a valley-wide issue and something the town needed to work on collaboratively with other government entities throughout the county.

Current councilmember Laura Mitchell thanked everyone for showing an interest and urged them all to run in November…since she wouldn’t be as her second term finishes at that time.

MacMillan began his new duties immediately and was also appointed to the Mountain Express board of directors, the town’s public Art’s Commission and the council representative to the Tourism and Prosperity Partnership (TAPP).