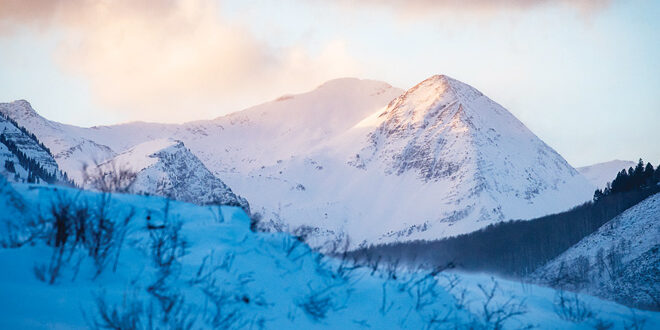 Well 2021 isn’t exactly starting out normal and easy. Streaming videos of losers vandalizing the capitol wasn’t on my list.

MAGA wearing Trump minions literally stormed the U.S. capitol Wednesday afternoon making the seat of democracy look like a scene out of Baghdad in a crappy movie. Encouraged by Donald to do it and promising to walk with them to the capitol, the perpetual liar of course scurried back to the safety of the White House to watch his sycophants on TV try to stage a coup on the United States. What could go wrong? It is a crime to urge the overthrow of the U.S. government by the way. Arrest the bastard.

And the legislators that stood up for a lame attempt at eliminating the votes of the citizen? Send them packing. Strip the pathetic Ted Cruzes and Josh Hawleys and Ron Johnsons of their power. Placate a petulant dictator and let’s see where it can take us…

And I wonder if the mob was filled with Black Lives Matter protestors, if there might be a bit more shooting. Let’s see how this test ends. Frickin’ insane.

Oh, and before the cluster of the MAGAs, coronavirus vaccines were apparently hanging out in warehouses instead of getting to people who need them…which is pretty much everybody in America…at least those who trust science. That’s insane.

Georgia pushed the U.S. Senate into the realm of Democrat which would give Joe about 24 months to put his radical middle policies into play if the Dems don’t screw it up. My experience tells me not to bet against that. Tuesday’s Georgia result may not be insane but it is surprising. Right on Stacey Abrams.

Oh, and by the way—Astronomers are monitoring “interesting” radio signals from the nearby star Proxima and a Harvard physicist is claiming that the asteroid that buzzed by Earth in 2017 was actually “advanced alien technology from a distant star.” Insane, or just weird?

But here at 9,000 feet in the Rocky Mountains, despite some challenges and fast changes with the Zoom Boom, we again appear to be an island of weird sanity…most of the time anyway, and I’ll get to one that’s on the edge in a second.

Before getting into the really weird insanity of elected Republican leaders undercutting their oath to the Constitution that many of them took this week, let’s start by acknowledging the strength of this community.

The community showed an outpouring of love to family and friends of Schnoid, Jeff Schneider, who was killed in a tragic backcountry avalanche accident last month. Schnoid was one of those guys that was just there. On the bus, on the slopes, on the tops of mountains. Quiet, with an impish smile, Schnoid is one of the silent foundations of old Crested Butte. He was here not to make bank but to enjoy and absorb the place. He did that every day and was inspiring in doing so. His passing impacted many of us and the love that was expressed for him and his wife Karen was amazing.

A major house fire destroyed a longtime rental near Crested Butte last weekend elicited another outpouring of compassion. Luckily the people inside the house when the structure went up in a blaze were safe. But they lost pretty much everything. And again, the community responded with love.

Donations of clothes and food and staples began pouring in the next day, so many that there is no place to put them anymore. Neighbors helping neighbors who they may not know is not unusual in this small community, but this envelope of assistance is impressive. The people who immediately stepped up to organize the effort have been blown away but remind us that this action is what makes Crested Butte and this valley so special.

Okay…to the weird insanity. While my heart is touched by the local examples of love and assistance, my brain is flummoxed by those who pledge allegiance to a reality TV guy rather than support the foundation of their country, the U.S. Constitution.

Too many Republicans are choosing allegiance to a man over America. The man has repeated charges he cannot prove to the point where the repetitive lies have let snakes crawl into the brains of elected officials and everyday citizens alike. But elected officials are supposed to know better and they are supposed to understand their job. Most took an oath earlier this week…

I do solemnly swear (or affirm) that I will support and defend the Constitution of the United States against all enemies, foreign and domestic; that I will bear true faith and allegiance to the same; that I take this obligation freely, without any mental reservation or purpose of evasion; and that I will well and faithfully discharge the duties of the office on which I am about to enter: So help me God.

This oath is a product of the 1860s, drafted by Civil War-era members of Congress intent on ensnaring traitors. Remember that.

I agree with that lefty socialist senator Jim Inhofe of Oklahoma: “To challenge a state’s certification, given how specific the Constitution is, would be a violation of my oath of office—that is not something I am willing to do and is not something Oklahomans would want me to do,” said Inhofe.

Who are the U.S. Senators trying to unconstitutionally take certified votes away from the states? Who are the ones trying to change the numbers tallied in a free and fair election? Who are the ones willing to endanger democracy for Donald? These are the men and women who said before Wednesday that they would do just that…

Remember their names and what they are doing —especially Boebert since you can vote her out in two years. Do not close your eyes to this car wreck.

Meanwhile back here in our real world…there are still issues that perplex me. It irks me when I see politics triumph over logic in the valley. And the biggest head scratcher for me in that regard, at least on the surface right now, is a relatively small development next to Mt. Crested Butte that is being pummeled.

Why decision makers in Mt. Crested Butte have taken the steps that put a developer into the position where he is actually having to consider building a project with wells and septic systems a literal stone’s throw from a municipality and a water treatment plant is a little weirdly insane to me. Like with any development, Jamie Watt was proposing some stuff that wouldn’t easily work and would certainly need adjusting. His proposed development parcel is not a perfectly flat piece of property with no issues. It is instead on a hillside and has problems. Welcome of to the valley.

But generally Jamie was attempting a relatively small development on the border of a town that included some needed deed-restricted affordable housing. The town council felt the political pressure and lined up behind neighbors with objections and turned it down when Jamie approached them with an annexation request. Logically, if the town council wanted some municipal control and some revenue, they would annex it. They didn’t, choosing politics over logic.

So Jamie added some density and went to the county for approval. The county was open to the idea with mitigations but wanted water and sewer taken care of through the Mt. Crested Butte Water and Sanitation District. Fair. When Jamie approached the water and san board about being included, the board lined up 2-1 behind neighbors and turned it down, despite a staff recommendations to accept his petition. Politics again. I mean sh*t rolls downhill and the water and san wastewater treatment plant is just down the hill from this proposal. It is logical to put a pipe in and handle the sewage so as to have revenue and control. Politics over logic.

I’ve seen Jamie be a stubborn pain in the butt over the decades and he and I rarely (ever?) agree politically…but he sure seems to be getting, how can I say this tactfully, a political wedgie up there right now. Pushing a developer to even consider septic systems that if they leak would leak almost literally into the water and san plant? That’s just sort of weirdly insane. I’m sure this one is not over.

The paper will be put to bed before the Republicans in Washington are done breaking their oath on Wednesday to show followers of Donald they pledge fealty to a lost con man. Who knows what mayhem will continue in the coming days as the result of a delusional, lying, one-term president? Meanwhile here, not everything is always perfect but it’s pretty good. Let’s stick primarily with the weirdly sane path and give that “advanced alien technology” flying by something positive to see.

Share
Previous A community steps up to help victims of the house fire
Next Community Calendar Thursday, January 7–Wednesday, January 13