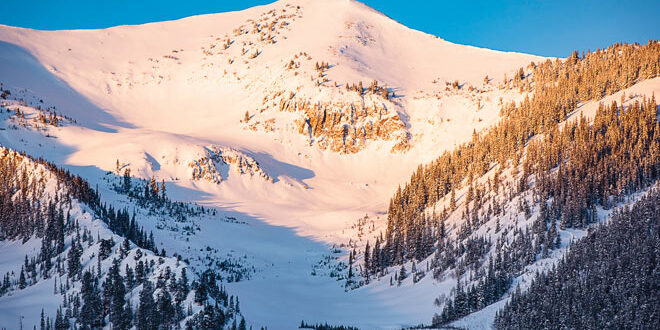 May you be blessed to live in interesting times…

The ski area closed a year ago this week. So did almost everything around here actually. The invasion of the coronavirus and the fact some people in the valley were found to have contracted COVID-19 began what anyone would describe as a year of living in “interesting times.”

It’s probably not done being interesting, but it is remarkable how well our county has done compared to most other places and how good it is to efficiently be putting vaccines in people’s arms. It actually feels like there could be some semblance of “normal” this summer. I’m not even sure what is considered normal anymore and what that will mean in the next 12 months but it feels better today than it did a year ago.

As a “frontline journalist” I was allowed to be out and about when most others were asked to stay in their home and avoid any contact with people outside their family. I remember the eerie drives through Crested Butte and Gunnison that felt like a bad zombie movie. No people on the street, no doors to businesses open, the feeling of vacant eyes looking out the windows of homes. I would go to the grocery store to pick up things not just for our house where we were blessed to have our adult children staying with us, but for others who did not want to venture out. The few people in the store with me were usually quiet. It was interesting to see many of the shelves empty so if there was a bag of rice, some sanitary wipes or a roll of toilet paper, it was snatched up pretty quickly.

Thinking back to one of the first Incident Command team meetings I was allowed to observe in the first days of the pandemic, it is in hindsight interesting to remember that no one was masked up. But it was in that meeting that the idea of grace struck me. Incident commander CJ Malcolm gave the leaders in that room a little advice at the end of the meeting and said while no one knew what was coming or how long it would last, it would definitely be stressful. Given that reality, he asked that everyone treat their co-workers and neighbors with grace and respect. Good advice that rings true 365 days later…

And in fact most of the people in this valley have acted with grace these last 365 days. Not everyone and not all the time but most. While some feel slighted and remain angry about decisions made for the general benefit of community, most have tried to make a bad situation tolerable.

Think about this — according to the county’s volunteer coordinator Arden Anderson, more than 21,000 volunteer hours have been recorded in the last 12 months. 21,000 hours. That’s a lot of volunteering. Neighbors delivered groceries to neighbors, residents sat in a room and answered the phones in the call center, familiar faces are still checking people in for their vaccinations this week and beyond. Charitable donations poured in to organizations that help people in need in the county. Non-profits, foundations and local governments set up funding grants to make sure people did not slip through the cracks.

Under the inspiring leadership of Gunnison County public health director Joni Reynolds and a team charged with guiding us through a pandemic no one had seen before, we have gracefully plowed through the muck to this point. You can read some of their thoughts on their year’s experience in a special section included in the CB News this week. It will also be available online.

Overall, the community rallied and for the most part supported the decisions made by the local leaders who also happen to be their neighbors. Every effort was made to “flatten the curve” and people respected the social distancing recommendations and gathering restrictions. That did not prevent some of our vulnerable population from contracting COVID and sadly, we lost some of our friends to the virus. That hurt.

A year ago, the county prepared the Fred Field building for a major wave of the virus. It thankfully was not needed. COVID Critters appeared on signs and in advertisements to help spread the message of being vigilant. The senior care center went into lockdown. The school district organized to give the senior class an interesting and fun graduation ceremony they will never forget. They then worked hard to successfully get the kids back in the classroom. Businesses stepped up to feed people suddenly without jobs… and then creatively figured out how to safely get people back in their establishments.

Eventually, we took baby steps and tried to find a balance between controlling the virus and making a living. The fact our tourism base is centered on the great outdoors helped us, and people flocked here in the summer. They felt safe and were able to find a connection to people and nature while perhaps forgetting the shutdowns in their home cities. Some local businesses did really well last summer, actually having some of their best months ever, and our overall sales tax and lodging tax set new records. So did the real estate transfer tax that indicated people were not just coming here to visit but coming here to live and apparently invest the big bucks.

As would be expected, not everything was smooth. There was the infamous postcard from the county telling second homeowners to leave immediately or not come back for a while. That started a whole separate line of reactions that still has left a lingering bad taste for many members of the community. Our county attorney straightened out the Texas attorney general who now seems under constant investigation. Businesses rightly worried about how they could possibly survive being shut down and being forced to limit their customer base. Government offices basically closed to the public and meetings were almost all held on Zoom. Interestingly, Zoom seems to have helped more people than ever regularly engage in government meetings.

Despite the great progress from March of 2020, the pandemic is still not over. We have gone from isolating with family members to sharing happy hours on Zoom to spreading out six feet apart in camp chairs on the street to converse with friends, to occasionally having a beer in half-full restaurants after skiing. Crested Butte creatively allowed businesses to use Elk Avenue as they made it one-way and implemented a mask mandate. CBMR reopened this season with new line spacing protocols, a reservation system and tight mask mandates and it is working better than expected.

We are a year into this COVID pandemic. It feels like we are on the cusp of normal. Someone predicted to me that like the Spanish Flu of 1918, we might expect a Roaring 20s feel for the next few years once most everyone is vaccinated. People are ready to release some pent up energy and party. The money people will flock to fun places where they feel safe. Hmmm… where could that be?

We will soon see how much roar will come to the valley but we can all look back with some pride about how we as a community have handled this trying 12 months. It wasn’t always easy. There were conflicts. There were mistakes. But we have also been blessed.

The last 365 days have been a powerful journey. In the grand scheme, this community handled an “interesting” time with grace and empathy. More than most places, we were able to thrive. We have consistently been as open as almost anywhere in this country and open safely. We looked out for one another and supported the people who live, work and own businesses in the valley. A year into what anyone would agree has not been an easy time, this community rose to the challenge. And that should give us hope for whatever interesting things we may face in the future. 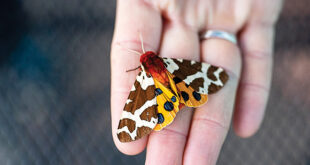