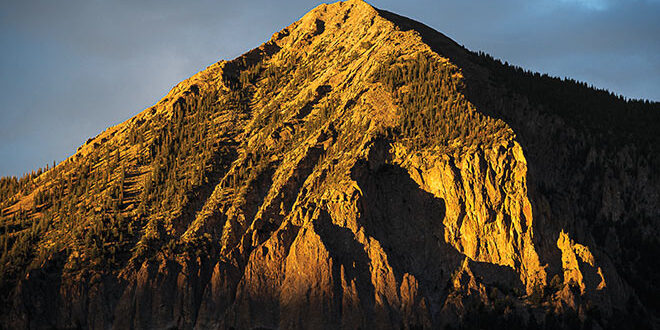 You can’t go backwards and as a community we probably shouldn’t want to. Focus should be on enjoying the moment and shaping the future. It’s hard to do when mudslides are closing roads for a few hours, your waiter lives in a van or kitchen staffs are walking out mid-shift so the steak place has to feature salads but that is all the more reason to focus ahead.

The actions and decisions of today will guide where we’ll be in five or 10 or 20 years. Fight the mine and embrace tourism as your main economy and you eventually have to deal with resort issues. Build easier and nicer trails and there will eventually be more people at the trailhead. Build a school and hire an exemplary staff and eventually more parents will enroll their kids there.

For those of us who have been here awhile, the two main factors in “changing” Crested Butte are probably perceived as getting a good K-12 school up here and the purchase of the ski area by Vail Resorts. The school is the prime mover when it comes to more people moving full-time to the north valley and making general growth an issue. The Vail connection probably increased the tourism, short-term rental and second homeowner factors in the area. COVID turbo-charged all of it.

So as the two towns debate how best to mitigate and contain the growth of tourism and short-term rentals it was not super surprising for me to hear a couple of people from very different political leanings suggest this week that the community should look at the school to curb some of the current growth. Both people basically suggested the Crested Butte Community School should stop taking new students.

Bold. One suggested the district simply stop it now given the need for more modular classrooms, while the other suggested that a cap be implemented and any new students enrolling beyond the appropriate cap (whatever is decided) be bused to Gunnison where there is more room. I can’t see that going over well with local families that have kids in local preschools but I said to one of the people making the suggestion that I would throw the idea out there for people to chew on. It would certainly change things.

The school is a definite factor in growth. Families put a good school system at the top of their list when making the decision to relocate. And the CBCS is beyond good – it is great as evidenced by its consistent state and national rankings. It is basically a college-prep school that people can send their kids to for free instead of paying tens of thousands of dollars in annual tuition for a private school. Stopping school enrollment at CBCS would likely stop many people from moving here and might result in no need to increase property taxes to expand the Crested Butte campus.

I’m not supporting this idea but the suggestion to cap the CBCS enrollment numbers was meant as a truly bold action that would make an immediate impact. So I asked school district superintendent Dr. Leslie Nichols about the idea and she didn’t exactly embrace the plan even if it would save the expense of expanding the Crested Butte campus.

“We are a public school district. When kids show up, we educate them,” she stated emphatically. “Our district has attendance boundaries that are geographically based, not based in when someone moves to the valley. We all value our neighborhood schools. The county and our towns are doing good work and grappling with difficult issues that have landed here because of complex economic factors that are beyond our local control. Our excellent schools across the valley do what all of us want and expect – we provide a stellar education for all of our community’s kids. This school district’s focus will remain there – on tending our kids and their families and our community so we all have young folks thriving and then graduating with as many options for their lives as possible.”

I’m not sensing she thinks limiting the numbers at CBCS is a great idea. But given the overcrowding situation, what exactly is the tipping point? Leslie also brought up the valid point that, “Most economic policies and theories are built around growth. When that comes to our magical mountain backyards, finding ways to manage that growth is complicated without question.”

And that is where we as a community are now: working to find ways to manage that growth. It was a no-brainer for someone like me with young children to support getting a K-12 school up here 24 years ago. It was a great addition to the North Valley even as enrollment went from about 300 to just under 800 last year. Choosing a tourism economy over a mine economy brought lots of new comforts that I would not want to give up. Pulling back on summer marketing and pushing ahead with backcountry management are both good decisions in managing growth impacts. The question that we face now seems to me — how do we regain a broad balance with our community members?

I think it is safe to say that more people live in the North Valley now than ever. But it is increasingly harder, even in deed-restricted housing, for the service workers to afford Crested Butte and the North Valley. The school is a huge draw for people moving here and when a family relocates it takes money these days. Unlike families that came here in the ‘70s, ‘80s and ‘90s, the new residents don’t need the service industry cash flow to make a life here. In the last 15 to 20 years, most new people come with the financial means to buy the old ski bum houses, fix them up as comfortable family homes and join the community. So while they are here as full-time residents and contributing members of the community, they aren’t working as bartenders or waitresses or ski instructors as my wife and I and our friends did. That’s a big difference.

And that seems to be the real challenge that needs to be under the spotlight. It’s not about trying to get more people to live in town, there seems to be more than ever. It’s not about telling some they shouldn’t be able to live in town because they make too much money, because most are adding to the valley. But the community members that make a resort community run, that keep the restaurants open and the ski lifts turning, are being forced away in the free and even restricted housing market.

Given that, I would suggest that any new deed-restricted project (and there are several on the drawing board) should probably include measures that put those service workers to the front of the rental or purchase line. Any new free market home being built up here should be required to include an accessory dwelling unit (ADU) that is rented to a working local.

It’s not about stopping all growth by limiting the school or essentially banning middle-income second homeowners— it’s about guiding the growth. I get that people’s circumstances will evolve and people serving drinks today may not always be working behind a bar. But as we take steps to grow the place (and building scores of new affordable housing units grows the place and BTW, makes the school more crowded), we should grow it with thought and make sure we support the people that keep the place we love, running.