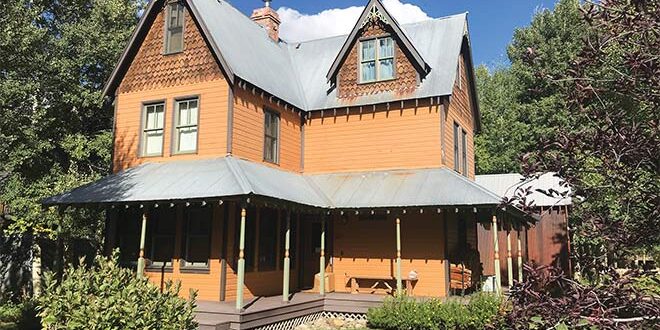 A second house being considered as well

Choosing to embrace speed over minimal cost difference, the Crested Butte town council approved spending more than a half million dollars to move and renovate an existing house to Paradise Park from Third Street next year. The 1,317-square-foot house is planned to be used for a town employee and will include an 800-square-foot ADU (Accessory Dwelling Unit) that could also be rented.

The town had been offered the structure that was approved to be torn down to make way for a new home for the Mike Haney family located at 20 Third Street. After hiring an architect to evaluate the idea, the staff recommended moving ahead with the estimated relocation and renovation, a $550,000 project.

Community development director Troy Russ told the council on September 7 that the action would result in a savings of about $90,000 over building a new home on the same lot in Paradise Park. The difference would come in speed. The relocated and renovated house could have people living in it by the late summer or fall of 2022 while new construction would delay that move-in time until the fall or winter of 2024.

“The $90,000 savings is pretty minimal,” noted councilmember Mona Merrill. “I would have expected the savings to be more. But it is a compelling argument to get actual housing a year-and-a-half earlier.”

Mayor Jim Schmidt agreed the time benefit would be worth the small cost savings.

“I am worried about the real cost of renovation,” said councilmember Chris Haver. “I’ve never done a renovation that came in close to the original estimate. We are also giving up what would be a better design with lower long-term maintenance costs. So I’m 50-50 on this.”

“I like the quirkiness of the house,” said councilmember Ian Billick. “It saves the town a bit of money, it should happen quickly and it preserves some unique character to the town. I like the idea.”

Russ said some preparation work could start soon. “The goal is to optimistically start the needed earthwork in Paradise Park soon. The Haney’s goal is to have the house off the Third Street property by July 1 of next year. We are hoping that the house lands in Paradise Park next May or June.

With councilmember Jason MacMillan recusing himself from the discussion due to a potential conflict of interest, the council voted 6-0 to proceed with the moving project that is expected to cost no more than $550,000.

And another move potential
In that same vein, council approved a $15,000 expenditure at the September 20 meeting to consider the same type of house moving project for a structure located at 624 Maroon Avenue. That house too had been approved for demolition. The money will be spent to determine the cost of potential relocation of the house to Paradise Park along with needed renovation improvements.

The 1,572 square foot house is a three-bedroom, two-bath house built in the 1970s. If determined feasible, the council will decide if it should be moved and used for another town employee rental.