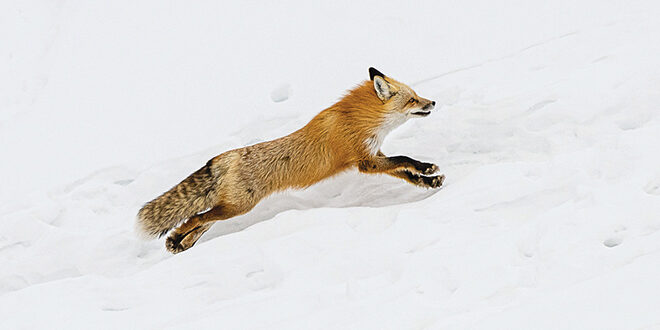 It is not really that surprising that surprises pop up everywhere. A Russian figure skater is allowed to compete at the Olympics this week even after testing positive for a banned performance enhancing drug. Huh? Republican party officials think rioting in the U.S. Capitol is “legitimate political course.” Okie dokie. The New York Post discovered Snoop Dogg smoked weed right before performing at the Super Bowl half time show! Shocking! All are surprises but are they really?

Locally, a bit of a surprise was announced this week as the Gunnison-Crested Butte airport is heading toward modern record numbers of people using the facility in a winter season. The remaining flights continue to fill up and air travel out of Gunnison is once again becoming a real thing.

It seemed to me that when Vail Resorts first took over CBMR, the drive market suddenly exploded as people who had heard of Crested Butte but never skied it came in droves for the weekends. That Front Range push seems to have pulled back a bit perhaps because many of them probably got stuck in the Highway 285 traffic jams on Sunday afternoons as they headed back home. The weekend spike in our lift lines don’t seem as dramatic this year as they have in the past.

Now it is the air traveler who is coming here to ski. According to recent reports presented at the RTA board meeting last week, the local airport will see more people pass through its under-construction terminal than at any point in recent history. Flights out of Dallas and Denver are averaging more than 80% full and Houston is at almost 75% full. Flights are so full this winter the RTA may not have to pony up the financial guarantees it has as part of the contracts with United and American airlines. Private jets dot the runway daily. Focused marketing efforts seem to be successfully attracting adventure loving millennials who bike, ski and enjoy experiences over things. That visitor draw is sure to get the attention of the Broomfield execs.

Unlike some living here, I truly enjoy most of the tourist town elements of CB. Surprise! The challenge is to manage the impacts that come with it. Having more people fly here fits into the old CB equation that the valley can handle increased numbers if the tourists use the right infrastructure. In winter, visitors can fly in on metal tubes from all over the country, board the metal tube of a bus or van, get dropped off at an existing hotel, walk over to ride the ski lift, take the bus downtown for meals before heading back to the hotel to sleep and do it all again the next day. While certainly not carbon neutral, the tourists can be contained so they have an efficient and enjoyable visit without overstressing things like roads and parking.

Those that fly apparently spend more money than those that drive to a vacation. That should help the local shops and restaurants. Of course, the problem right now is the limited restaurant scene, which is part of the private infrastructure. I’ve said before and will again, that compared to just a few years ago, the local dining scene is basically a foodie desert with some really fine oases to visit. It just takes some planning and luck to find them.

A longer-term question becomes whether those that visit will return when facing a less than optimal experience if they can’t find an easy place to grab a good dinner. That’s part of who we are. That slice of the tourism infrastructure is lacking right now. Given employee shortages with the tight housing situation — which is in part a private business infrastructure responsibility by the way — who knows when that will catch up. It’s part of the challenge.

Despite a splash of snow on Wednesday, the lack of new snow after a really good early season snowstorm is a bit of surprise. In the old days, you could count on regular storm cycles all winter and February was a sweet snow month. Not so much now. After a huge 99-incher of a snowstorm it has been weeks since we’ve recorded any significant new snow. We can hope the 1-2 inches forecast for Wednesday and Thursday increases to 6 or 7.

Bluebird days have led to some precarious conditions up on the hill so consider this an alert to be aware and pull it back a notch. The snow is “firm” pretty much everywhere. I spoke with a visitor from upstate New York a week ago and she said conditions were still better than most East Coast resorts but she was finding a lot of similarity to her home ski hills.

What is termed “slide for life” conditions are in effect. That’s where you might catch an edge on a steep slope, fall and become a slave to gravity. There are times you can accelerate so fast that it is impossible to stop. And as was evidenced more than once last weekend, the worst-case scenario is when you are stopped by a tree or big rock. It’s not pretty but it is real right now and anyone who has skied much has experienced a slide for life surprise.

Look, attaching two planks to stiff plastic boots and choosing to point them down a mountain covered in snow is not inherently safe. But it sure is a lot of fun. So have fun and avoid a hospital bill. The forgiveness window is narrow. The local tolerance level for overconfident Front Rangers is slim. The entrances to the Extremes Limits are challenging and if you can’t ride a T-bar, there is no way you’ll easily navigate the traverse into the Face. Just sayin’. Give our patrollers a break and ski within your skill set. And pray for more snow.

Try not to be surprised. Don’t go to Sock It To Me Ridge unless you are honestly ready for steep, bony and slick. Expect to wait a while for dinner on Elk Ave. Know that you’ll be sharing the construction zone of the airport with more than a few people. If you see Snoop Dogg, don’t be surprised if he smells like weed. And don’t for a minute believe January 6 was “legitimate political discourse.”