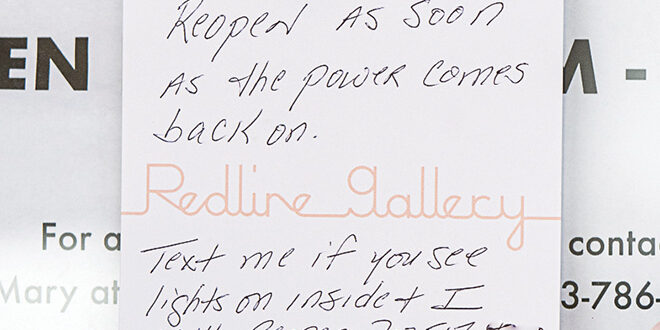 A Sunday afternoon power outage hit parts of the North Valley over the weekend impacting more than 2,600 customers. According to Gunnison County Electric Association chief operating officer John Stoeber, the problem occurred on Sunday, March 20 at the CB substation.

“A switch in the Crested Butte substation failed, causing a breaker to open,” he explained. “This de-energized power to one of two main substation transformers at 2:19 p.m. Linemen from Crested Butte and Gunnison responded to the outage at the substation. After identifying the problem, they began to restore power using the other main transformer. This required crews to dig-out switching cabinets in the field in order to restore load from other circuits.”

Power was fully restored to the Town of Crested Butte and the Trappers Crossing subdivision by 3:53 p.m. Crews then began working south and restored power to Riverland, Skyland, Riverbend and Buckhorn by 4:14 p.m. Stoeber said when all power was restored, the crews returned to the substation to replace the failed switch.

“With the help of Tri-State personnel, all work was completed and electrical feed was returned to normal on the second transformer by 8 p.m.,” he said. “GCEA would like to thank Gunnison Dispatch and Tri-State for their help with this outage that affected 2,636 members.”