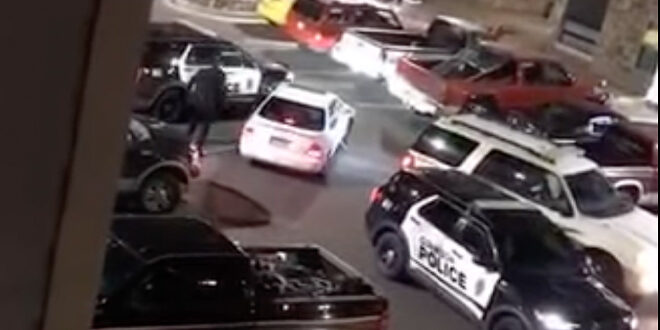 The three Gunnison police officers who were involved in a shooting that killed a 44-year-old Lakewood, Colorado man last November in a parking lot at the Garden Walk apartments have been cleared of wrongdoing by Seventh Judicial District district attorney Seth Ryan this week and will not be charged. All have been given the okay to return to active patrol duties as of Tuesday.

The incident occurred last year when Engleman, Isham and Timm were dispatched to the Garden Walk apartments located at 802 N. Colorado Street on November 11 for a report that a non-resident was sleeping in a stolen car in the parking lot. The officers blocked the stolen car with their police vehicles and asked Gerry Cooper, who was in the driver’s seat, to get out of the car but he failed to comply with the request. The situation quickly escalated and the report, which used police body cam and onlooker video footage as part of the investigation, stated that Cooper instead accelerated the stolen vehicle in an attempt to escape and crashed into the police vehicles. As he continued to try and escape, Cooper struck Engleman and dragged him backward before the officer fell to the ground and was injured. Engleman then fired at Cooper twice from the ground. Almost simultaneously Timm fired at him three times from the front of the vehicle. Isham did not fire his weapon. Cooper was pronounced dead at the scene.

The Seventh Judicial District Critical Incident Investigation Team investigated the incident. Ryan took the evidence gathered in the investigation and determined that the three officers had probable cause to arrest Cooper for at least two felonies and they had “attempted multiple means of arresting him short of lethal force, including voluntary compliance, deflating three tires, breaking out three windows to gain access to him, and attempting to physically remove him from the car. Other means were not available because Cooper was shielded inside the car by multiple items stacked floor to ceiling…and Cooper posed an immediate threat of running Engleman over again and causing, at the least, additional serious bodily injury; Engleman and Timm were authorized to use deadly physical force to stop Cooper under Colorado Revised Statutes. Accordingly, they cannot be prosecuted for the use of such force.”

The report goes into deep detail of the incident. It states that Cooper had an active warrant for his arrest for Attempted First degree Murder, Second Degree Assault-Strangulation, False Imprisonment-Force and Felony Menacing, all of which are felony charges and were charged as Acts of Domestic Violence. “Evidence revealed during this investigation supports that Cooper was aware of this warrant and provides circumstantial evidence of his behavior after Engleman, Isham, and Timm attempted to contact him,” the report stated.

A post incident search of the stolen car showed that Cooper had both a 12-inch knife in the driver’s seat and a loaded handgun in his front pocket. An autopsy concluded that Cooper had been struck by five bullets, three of which were fatal. The district attorney’s report said that an autopsy blood test indicated “Cooper had extremely high and dangerous levels of methamphetamine in his blood which may have contributed to his violent and irrational behavior.”

The D.A. concluded that the police had probable cause to make an arrest for a felony charge. Ryan wrote that under Colorado law the officers were justified in ultimately using deadly force in the incident in part because officers and eyewitnesses all were concerned that Cooper would run over Engleman, putting him in grave danger.

“Cooper posed an immediate threat of death or serious bodily injury to all three officers, but most especially Engleman, at the time Engleman and Timm chose to use deadly physical force to stop him,” the report states.

According to the Gunnison Police Department, all three are eligible to return to active duty.

Isham, who did not fire his weapon, was initially placed on Administrative Leave with pay. This leave was cancelled on November 24 and he returned to active duty as of that date.

Sgt. Engleman was placed on Administrative Leave after the incident. This leave was changed to Administrative Assignment on December 27. Engleman was authorized for return to patrol duties effective April 26 however, he will remain on restricted duties as a result of injuries resulting from November 11 until he is medically cleared for full duty.