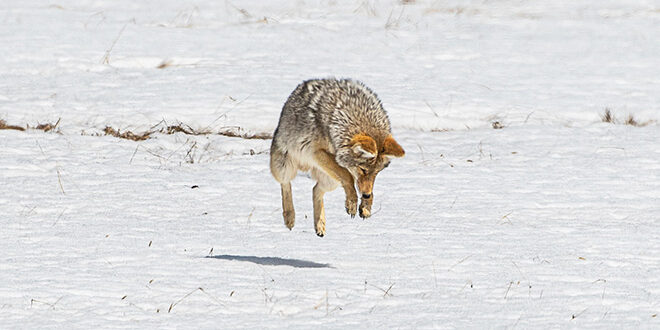 Like most people who can open a computer, I consider myself an expert on most everything. Doing my extensive scientific research through Google, I saw that despite the highly transmissible form of this latest BA.2 coronavirus variant, the cases are rising but hospital admissions connected to COVID and death numbers attributed to the virus are declining. Good news.

So I was a bit irked that I had to dig through the dirty clothes pile and find my old mask since my wife and I were flying last week. Sigh. While not exactly like reconnecting with an old friend, it didn’t take long for my face to feel comfortable wearing the grey cloth. And honestly, it wasn’t terrible wearing a facemask through the airports or on the planes.

But while wearing that piece of cloth was a nuisance and I took it off as soon as I could, to say it was over-the-top horrible would not be a fair description.

My extensive computer research is showing that COVID is changing and probably for the better. That’s not to say cases are at zero and while under some guidelines I’m probably considered in a risk category, I am ready to be done with COVID stuff. The hope is that it’s done with us.

The bottom line is that I’m happy to not have to wear a mask all the time or while travelling or while riding the Mountain Express or RTA. But I also found that if wearing a mask made some people more comfortable, as it did in an apartment complex dedicated to senior living, it was not a real burden. There is still a lot to learn about this virus and I know too many people still dealing with the long-term impacts of having had the virus. The most at-risk demographic included the people around me in the senior living complex and they deserve to feel safe. As someone who had COVID early, it doesn’t seem to have had a major long-term impact on me but it doesn’t feel onerous to respect and try to protect those that are concerned and at risk. It’s really not a Constitutional crisis. It’s community respect. Sigh.

According to my Google research, given the dropping of the last general federal mask mandate, the best thing about the judge’s recent order might be not having to worry about weird facial tan lines this summer.

The first off-season trip for us was not a beach or a desert but instead a chilly and windy family visit to the land of 10,000 lakes. The beach is later. The Minnesota wind and cold provided me too much time to catch up on world news. And believe me, that’s not a vacation for anyone. Spending time on the Interwebs I quickly became an expert in understanding that Putin, Hunter and Jared all seem to be making real coin —millions and billions of coin— not working typical honest jobs. Sigh.

Shootings were happening almost every day in subways or stores and it was sad to see how quickly those stories disappeared from the main news feeds. The Russians lost one of their main ships which was poor compensation for the ugly brutality being reported inside Ukraine. The Florida governor is banning math books because they contain some mystery Critical Race Theory (2+2=racist queer?) while he also is shooting darts at Disney World because executives at the park criticized his “don’t say gay’ legislation. And Tucker Carlson is touching on testicle tanning? That’s nuts! Hunter’s dad is apparently ready to run for another term which he’d start at the age of 82 (really big sigh). There isn’t a ton of local stuff happening so it was easy to look beyond the bubble—oops.

One thing I did notice pretty quickly when I got back to town is that there was a line, an abbreviated line but a line nonetheless, of people patiently waiting to get to the counter of the Post Office Monday morning. Sigh. Some things don’t change 180-degrees even in off-season. But it does appear that the executives in the upper echelon of the U.S. Post Office have realized a bigger building might be better for Crested Butte. A letter posted on a door threw out the concept that the USPS is starting a search for a new place. No one knows what that means and I haven’t heard back from the post office guy who wrote the letter. We’ll keep asking.

As expected, this is one of the really good weeks in Crested Butte. Fewer people, nice weather and a slower pace. I’ll still keep an eye on the world news but not as much as last week. I’m glad I can ride the bus without a mask but will put one on if someone asks that they want to be protected. We’ll follow where the Post Office might want to relocate to and keep wondering who will win the rich kiddy sweepstakes over who can make the most money touting their connection to the Oval Office.

But we’ll also get back on the trails and zip around on the townie.