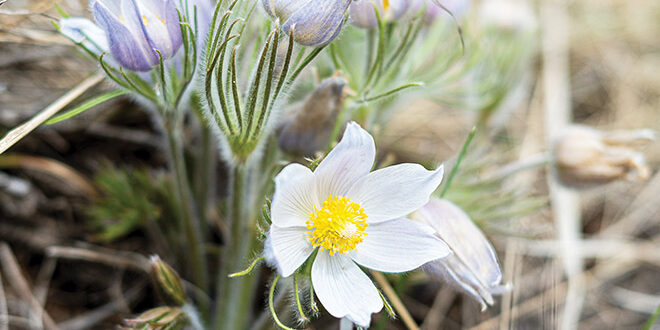 You want reality or fantasy? Utopia or authenticity? You want to be thought of as welcoming or crusty?

It’s not easy living here. Never has been and it shouldn’t be. That is part of the character of the place. We don’t live in, nor would I want to live in, Utopia. I prefer a place with an edge, filled with grittiness, a place that has connectivity between community members but populated by people with the courage to argue and debate. I like living in a spot where some people have three lungs and bike to Aspen and back for lunch while others never ski but perform theatre or create interesting art. Many do both. I like that while we are not all the same, those that see themselves as part of this community have earned it…and you quickly know if you have earned it or not.

The Crested Butte Community Compass retreat Monday was full of information and somewhat exhausting given its scope. The town continues to dig deep to try and understand what makes this place tick and how to keep it ticking like the sporty but sleek Timex watch it is and not some new Swiss version of a diamond encrusted wristwatch. That is good work being done in a period where everyone feels the tipping point of change is about to roll over.

One of the participants at Monday’s Compass retreat has since mentioned to me that the conclusions and discussions seem so “Utopian” in their presentation. That is not a wrong analysis and frankly could blow a hole in the end product if not careful. It is one thing to live in Utopia and another to live in a positive, visionary community. No one lives in Utopia. Frankly, focusing on Utopian conclusions signal a lack of “authenticity” which was noted as a missing core value of the community at this stage in the process.

As good as this place is — and I still believe it is really good (especially in off-seasons) — it is not Utopia. Utopia quickly disappears when hard choices have to be made that pit neighbors against one another but that has always been how it works here. Choosing trade-offs in any decision comes with friction and to me one of the hallmarks of this place is that most times (not always) when a decision is made, those on opposite sides of the debate can retire to share a beer. But to pretend there is only one right way to have the community progress and we all agree with one another on topics big and small, is a recipe for blandness. To believe “meaningful coordination and collaboration” always occurs between the Town and regional partners and the non-profit sector is to be blind to reality. It is Utopian in its conclusion. It can happen, yes, but it is rarely easy and sometimes is never accomplished. If you’ve been here any time at all, you understand the valley is wonderful but also has its warts. Don’t gloss over the warts. Embrace the warts! How’s that for a bumper sticker?

My favorite rabbit hole that the discussion went down Monday was over the “draft success measures for our values” of Crested Butte being a “welcoming culture.”

It is one thing to be “welcoming” and another to be “nice.” I think honestly the CB culture is more “nice” than “welcoming,” but it seriously is not always nice. And even the being “nice” part comes with Crestitude (which can drive me crazy BTW). How welcoming or nice is the line of locals when a Front Ranger catches an edge on the snowboard while sliding up the NFL on a powder day? I’ve yelled too and been yelled at for going 18 mph up Elk Avenue even before there were restaurant tables all over the street. Everyone knows that “crusty local” who has no time or patience for flashy signs of wealth, dumb questions or uninformed opinions.

Some people that move here comment on how when they were visiting it was all sparkly rainbows and unicorns but once relocated, people were nice but the deep connectivity wasn’t immediate. That took time. Yup.

Five, 10 and certainly 20 years ago those that moved here had to make a conscious choice to pick an interesting mountain lifestyle over comfort and economy. Winters were harsher, there were less options available to make it a livable spot, off-seasons were longer and money harder to come by. Getting supplies meant a day trip instead of an Amazon order. But man, it was a sweet place to live. There was the easy access to wilderness, a small but interesting group of world travelers who could talk plays or peaks. The pace was slow and the restaurants top notch and rarely crowded. Newbies discovered it was not always the postcard they saw on a ski trip and then found out they had to earn their way into the community. That took time. People wanted to recognize your face in more than one or two Aprils or Novembers.

A concern was raised at the Monday retreat that the “edginess” that defines this place in a sometimes nebulous way, will be smoothed over so we can say we are “welcoming.” To even touch on a conversation of how this is a town that immediately welcomes one and all made me put down my pen. Yeah, you can be welcome here but that takes a person who embraces what the place is and doesn’t try to turn it into the place he or she left. Those people don’t normally last long but they are lasting here longer.

As part of the Compass process, there was a gathering of old mid-timers here in March and they commented on how it seemed people had idealized the ‘70s and ‘80s. That was a time of unity but also fractionization. Sort of like today. Not everyone here loves one another. Not everyone likes the new parking regs or thinks cows should share the trails with mountain bikers. Some want an economy like Beaver Creek and others would prefer one like Silverton. There are conservatives and progressives living here and they don’t often like one another personally or for their positions. The key to me is to continue to be honest with one another and try to have the grace to share that beer after debating whatever issue triggers rising voices.

The outreach to try and gather input for this grand Compass experiment has been phenomenal. I respect what has been accomplished. The Compass collectors are trying everything they can think of to get different perspectives. And that makes the thing a success so far in my opinion.

The key to making it a success eight months from now is producing a focused, authentic Crested Butte analysis, warts and all, and not some Utopian fantasy document that would then join so many other such efforts on the dusty shelf.