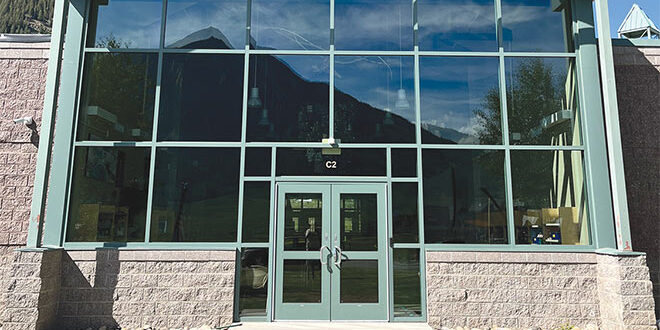 Working out kitchen and bus situations

For the second school year in a row, enrollment at the Crested Butte Community School could be lower than the previous year. While the official count is not tallied until October, the projected enrollment for CBCS shows enrollment projections down about 11 students from the 2021-22 school year. Meanwhile, some of the challenges faced last year with kitchen staff and bus drivers are still being worked out as the 2022-23 school year begins in about a month.

Gunnison Watershed School District superintendent Leslie Nichols said the administration will wait and see what the final numbers are, but based on two decades of consistent growth, the expectation is that student enrollment at CBCS will continue to climb in the long-term or not decline much.

“Our projections at the moment have CBCS enrollment at 744 which is down 11 students over last year’s October count,” Nichols said. “It’s early yet, so we’ll see what the final numbers come in at. The growth in Crested Butte enrollment has averaged nearly 4% over the past 21 years which is tremendous, and the school has seen enrollment more than double in these past two decades.”

Last school year, the CBCS student count was officially 755. That was down from the 2020-21 school year when a record 793 students attended the north valley campus or took part in online classes. Of course, that was the start of the coronavirus pandemic and it was believed that several families relocated to the Crested Butte area so their children could attend in-person classes. This year’s projection looks similar to the student count of 2018-19 when 746 students were enrolled in CBCS.

“As we’ve seen happen in years’ past, this year’s numbers might dip a bit, but the data continue to suggest that we are not finished with growth in the north end of the valley,” Nichols emphasized.

Nichols wanted to put to rest a rumor that several teaching positions were going unfilled for the coming year. “Regarding teacher vacancies, rumors seem to be flying that we have a lot of vacancies and that is simply not true,” she said this week. “Crested Butte Elementary has no teacher vacancies, and Crested Butte Secondary is continuing to look for a music teacher and one additional special education teacher (two special education teacher positions are filled).”

As for the consistent problems experienced last year with a shortage of kitchen help and bus drivers, Nichols said that in the coming year details are still being worked out to address those problems.

“With bus drivers, we are still sorting our routes and drivers district-wide to see what we can provide for all bus routes at the moment, knowing that our CB South families had no transportation support from the district at all last year,” Nichols explained. “We are still trying to shift some drivers in that direction, but solutions are not firm yet. The RTA did a tremendous job helping with an extra bus from CB South on school day mornings last year and we will keep working with RTA and Mountain Express as well to see if schedules and stop locations can be as favorable to families as possible for all of our North Valley students. Unfortunately, we did lose the two part-time route drivers who were sharing the Mt. CB school bus route.”

As for the CBCS kitchen situation, it is looking brighter than last year but nothing is settled yet. “We have an additional stress district-wide in that realm since the federal government is no longer subsidizing school lunches to be free as they did the last two years,” she said. “Families will again have to pay for breakfast and lunch. For us, this means an additional staff person is needed to collect money at all of our sites. Our Crested Butte kitchen does have the amazing Kim Kula returning as kitchen manager and we are thrilled about that. We do have two kitchen staff at the moment with two more applications pending, so we are hopeful we will have a full USDA lunch service at CBCS this year, but things remain uncertain and strained on the staffing front.”

The first day of school at CBCS is scheduled for August 22.

“While we are still dealing with challenges, the coming year looks bright and we are excited for it,” Nichols concluded.