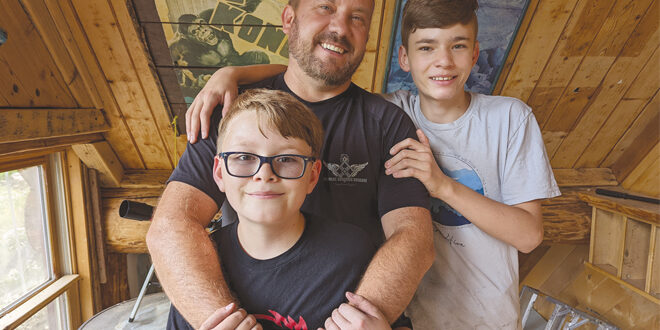 The Biro Boys Return to Neverland

When the beloved self-appointed mayor of Irwin, John Biro, passed away December 8, 2019, he left his two young sons Tucker and Logan essentially orphaned. However, their older half-brother, Robin, stepped up to adopt his younger siblings.

Robin recalls of that traumatic time, “The boys went to the cabin with me. I got a snowcat and Corey Bryndal went up there with us. I told the boys to pack whatever they wanted and we’d send it back. Tucker packed survival things only – a hammer, a wrench and fire starter. Logan only packed a stuffed animal, his favorite, and said ‘I don’t want any of this,’ as he looked into the bedroom from the kitchen, and proclaimed, ‘I want a fresh start.’”

Free and wild Irwin kids, Tucker and Logan went from survival mode, roughing it off-grid in snowbound Irwin and carefree summer days out at the lake with Dad, to a Georgia mansion where Robin has provided every opportunity for them to excel in life. A former U.S. Army Ranger, Robin’s VA benefits will allow both boys to attend college with all the benefits.

Robin recalls a time when he was visiting the boys and his dad and they were at the Brick Oven. “The boys were running around and there was a salad bar and the boys were eating off the salad bar and putting the food back that they didn’t want. I caught Dad’s attention and said, ‘Dad! Dad! Are you going to do something about this?’ and he said, ‘Let them graze, it’s the only way we can enjoy our meal.’” In his own defense, Tucker assures that he was only 7 years old when that happened.

Since it was winter in Irwin when Biro passed, their home was quickly closed up and winterized with the help of neighbors and friends. This past week, all three of the boys and John’s brother Scott (without whom none of this would be possible, Robin says), returned to the cabin for a massive clean-up, estate sale and to give away some Biro memorabilia in preparation to sell the old homestead. Multiple dumpsters were hauled in and out and the fleet of snowmobiles were scooped up for parts or taken away. As a snowmobile mechanic, John Biro had what seemed like a million tools, hanging on nails driven into the logs of his shop walls, on the never-ending rows of homemade shelves, in toolboxes and on acres of countertop worktables. He had enough spare parts laying around to build or repair snowmobiles into the next century. The boys worked practically non-stop to clear out the place so buyers could see its potential.

Tucker Biro, named after Crested Butte’s other notorious character, Tuck, turned 14 this year. He is tall and slender, smiles a lot and he’s an absolutely brilliant young man with straight A’s in accelerated classes and he is now in gifted classes with a propensity towards engineering. He’s also joining Boy Scouts and is already in the Robotics Club, a nationally renowned club that builds and programs robots with state and national competitions.

Logan, now 10 years old, sports designer glasses that belie his mere one decade of age and certainly give him a very sophisticated look. He still exudes his usual boisterous verve and his passion these days is wrestling and he’s in Cub Scouts. Both boys are well adjusted to suburban life, in golf and tennis clubs, swimming in their pool at home (the cement version of Lake Irwin) and are excelling in school.

When asked how it felt to be back in Irwin at the cabin, which they hadn’t seen since they left almost three years ago, Tucker responded, “It’s very small, as expected, because I’ve grown up a lot. I didn’t quite understand how nasty this place was,” he says without judgment, acknowledging that his dad was always bringing stuff home.

Robin tells of the boy’s first week at his Atlanta home. “It was trash day and Tucker exclaimed, ‘Oooh free piles!’ to which Robin explained that it was merely trash day. Tucker feels that he’s grown in so many ways since living in Georgia. “I’m a lot more polite and have good hygiene,” he laughs, citing that he brushes his teeth twice a day and takes a daily shower and even uses lotion.

Logan says he felt as Tucker did in returning. “Everything’s a lot smaller than I remember. It was a little emotional and a whole lot of hard work for what we’ve been doing all week.” The most emotional part for Logan, he says, was seeing his first bike. “Surprisingly I didn’t need training wheels,” he smiles. When Robin asked Logan if Irwin was how he remembered, Logan replied, “It’s more beautiful.” And he noted the wildflowers.

Tucker feels that Crested Butte looks somewhat similar to when he lived here. “A lot of the original buildings and structures were there but also a lot of new things, and places have closed down. In Georgia, it’s a lot better, many more opportunities in school and easier access to stores.” Plus, he smiles, “I take the bus now. I don’t need to sit on the back of a snowmobile freezing all the time.”

Logan has many memories of his time in Irwin, “We used to go down to the pond and sometimes fish there, and down to Lake Irwin to SUP and go out on my canoe.” As for Georgia, Logan agrees with Tucker and he feels there are a lot more opportunities, although he has to wake up at 6 a.m. to catch his school bus, to which he admits, “Honestly, it’s not the best but it’s better than having to wake up at 5 a.m. to freeze on a snowmobile. I like the warm weather better.” But winters, he says, are a bit of a surprise. “I don’t like the humidity because it’s cold.”

Living at the base of Stone Mountain, the family visits parks to hike. When Robin ran for mayor of their town, which is also named Tucker, the boys campaigned with him. As a new and unknown candidate running against an incumbent who had been in office for many years, Robin pulled a whopping 46% of the vote, to which Logan proudly stated, “That’s really good!”

Robin himself also has memories of his youth in Irwin when his dad built the first cabin, above the cabin dubbed Sledneck Hotel. “I was 2. He built it all by hand, milled the lumber and all the logs were hand hewn. In 1992, he built the current cabin,” which was used as a snowmobile barn and workshop in the beginning. “The plan was for me to go to Western State College (now Western Colorado University) and I was going to live here. It was all planned out but by the time I was 18, I began to realize Dad was really wild,” he laughs, “and I really started to comprehend what I was in for and the life he was living in the early ‘90s.” Robin decided he wanted to keep his life a little more manageable.

As for selling their childhood home, Tucker feels very positive, “It will give me money to start my life, which is really important for me and Logan.” Logan says he’s really excited because the sale will, “Give my life a boost when I get older.” The proceeds of the cabin sale will be split three ways between the sons of Biro, with the younger boys’ share going into a trust until they’re 21. Tucker adds, “I want to see this place get all fixed up nicely.” They remember the house being really cozy and warm in the winter. Robin says it was harder for him when the original house on the hill sold in 2006, “Because my childhood was up on the hill. Dad built that with his own hands and I spent all my summers with a rasp, sanding all the corners of those logs,” he laments and adds it was his job to rasp down the logs in the current cabin as well.

Nailed onto the log cabin walls are framed photos depicting a life well lived in Irwin, a young John Biro suited up and grinning on his sled, a very young Robin against the backdrop of Ruby and deep snow. The two younger boys on one of the excursions out of town because their dad always made sure they got out of the snow occasionally to experience other things. An original King Kong poster, John’s favorite. Winter sled parties and summer canoes on the lake. Seeing all the pictures and photos still on the wall of their cabin is what makes them sentimental. “The hardest thing to do is going to be taking down those pictures,” Robin says. It’s the first thing you should do when you sell a house but it’s the last thing we’re doing because it’s Dad. We’re proud of him. We’re proud of the legacy he left.”

As for his younger brothers, Robin muses, “They’ve changed so much in the almost three years since they moved in with me. When I saw photos of them from when I first brought them home to now, it hit me. Their childhood is going by so fast. Every moment is precious. We’re extremely close, we’ve developed a very tight family. We go to church every Sunday and they’re very active in the community. The best part of running for mayor was that I was sort of an unknown character, we all were, but now the entire city of Tucker knows who we are and has embraced us. That’s been a net positive gain for us.”

Will they be back? They all simultaneously say definitely yes – for visits. Robin says he gave the boys an option. “I let them know we could move back if they really wanted to, sell our home in Atlanta and everything we own to fix up this cabin (Logan and Tucker are already shaking their heads no) and have the same frustrations of living here that Dad did. They both emphatically said no because they feel there’s more opportunity for them in Atlanta. Tucker’s got his heart set on Georgia Tech and there are a lot of opportunities for Logan. If he wants to work in my family business, that’ll be up to him,” Robin says about his real estate appraisal business. He’s also a news pundit three times a week for all the stations, but he says he only does it for fun.

“We are doing well,” Robin assures.

Lastly, Robin wants to say he thinks his dad would be proud of all of them. “I think he would be very happy that the boys are thriving where they are and that we’re all together. He had this house for sale before he passed so I think he would be glad that it would go to somebody who will fix it up and have a vision to make it what he always dreamt it could be, so it feels good here cleaning it out. We all worried that it might be emotional but both boys expressed to me that it feels good because this is what Dad would have wanted.” 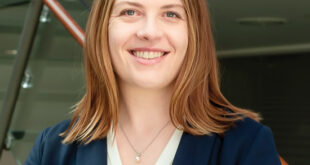 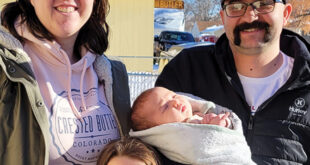 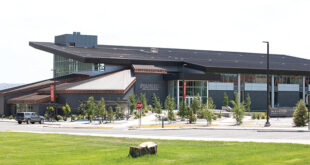 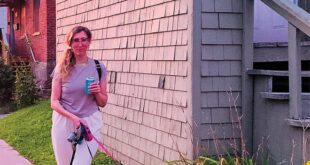