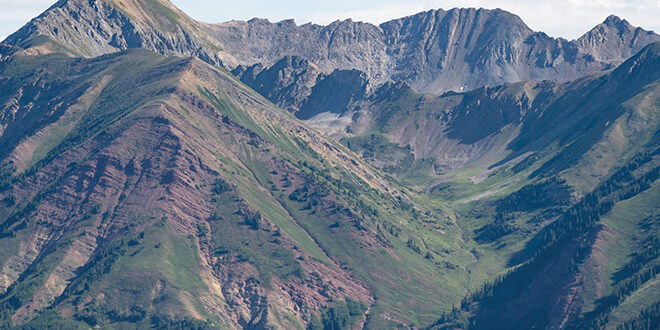 Symbolism can be the first step to real action and ultimate change. It can send powerful messages but also set in motion unintended consequences. This week has been filled with a lot of symbolism – good and bad – on the local, national and international fronts.

Locally, the Crested Butte town council approved new building code standards for the town that will basically mandate that most new construction must be electrified. The idea is that electricity is or soon will be, cleaner than natural gas so it is better to be used for things like heating your house and cooking your food. The move is largely symbolic in the sense it will not save the world. Not even close. It won’t put a dent in the world’s climate crisis and there’s some irony as the valley leaders, including this council, continue to promote jets and SUVs bringing in the tourism economy that make the economic wheels spin (which I appreciate BTW). But it could send a message and set an example to those living and visiting here. It is tangible action applicable at the local level.

There are less than a hundred empty lots in town that this new standard would apply to, and the biggest impacts would likely be to the upcoming Sixth and Butte affordable housing project that the council has already committed to be sustainable and the future Sixth Street Station hotel complex which is owned by our quiet billionaire friend Mark Walter. I doubt price is a concern for his ultimate plan, whatever that is.

No one currently using natural gas would have to give it up. Commercial kitchens could still use gas. Several local builders support the future electrification idea and say the latest technology makes it affordable, comfortable and good for the client and the earth. Natural gas will still have a major role in the North Valley and in electricity production.

The idea is that by mandating electricity for new construction in CB, most of the new power used here through that medium would ultimately be generated through renewables as power suppliers pull away from coal-fired generation plants and invest more in solar, wind and hydro. It’s not happening tomorrow but the promise is there. Crested Butte is one of those towns that punches above its weight given the people it draws here and the attitude that doing something locally matters. The council believes that some of those people visiting or living here part-time are influential in other places. Seeing a successfully working example of renewable energy as a primary power source might motivate others to do the same. It is starting with the symbolism. They want to plant a seed that might grow beyond our little garden.

And as a sidenote, I asked my capitalist apartment developer friend Gary Gates this week what he uses for heat at his Paintbrush development. He said it’s all electric. He added that the square foot building cost of his project was really low and monthly utility costs are about $30. Gary is no rainbow hippie promoting wind power so I’m guessing he’s doing it because it makes economic sense. Just FYI.

The new owners of the Elevation Hotel and Spa seem to understand the importance of the symbolism that comes with meeting with their neighbors, the town and the small-town newspaper editor more than the aforementioned Mark Walter. Brady Wood and his WoodHouse team this week purchased the Elevation from the Boxer Group. That’s a big deal for Mt. CB and the ski area. The Elevation is the equivalent of beachfront property on a really nice beach.

I sat down with Brady and some of his team last week and they made it clear that while they own several entertainment-type properties, they do not believe in any single model like a franchise formulaic business. They try to uniquely mold their properties into something that reflects the local community. They don’t want the Elevation to be like their properties in Miami or Dallas. They want it to be Crested Butte. They know that what might work in Dallas won’t necessarily work here.

Despite being from Dallas, they said they hope to revitalize the Elevation into a place comfortable for both Crested Butte locals and visitors. It is early in the process, and they’ll start with a pop-up restaurant from one of their already successful places, but they truly seem to have an open mind of what to do with the property with the intention to respect the local culture. We’ll see how far they go on the fire and nudity fronts. They have made the effort to reach out and coordinate with the owners of other property in the Base Area and they profess to have a love of Crested Butte uniqueness. Brady told me he asked some employees living on the hotel grounds how they liked the mountain trails and was told most didn’t have mountain bikes because they were here for the summer to work. He thought that was awful and told me an early order of business after closing would be to try and purchase bikes for employees so that they could experience the joy outside their door.

We’ll see what ultimately emerges from the change of ownership but the symbolic moves of trying to immediately reach out and communicate with the town, the neighboring business owners and the community in general (through the paper) is a valuable start. So is stepping up to take care of his workers. We wish them luck.

Nationally, some high-profile Democrats, including some with Crested Butte ties like former U.S. Senator Tim Wirth who owns a home here, released a letter criticizing those in the Democratic party trying to support what some Dems see as the weakest Republican candidates for state and national offices because they are basically election deniers. The symbolism of respected politicians issuing a public letter against a sleezy tactic that is being used by people within their own political party is powerful. Look, it is not uncommon in politics to hope for and even support those that a political party thinks will be easiest to defeat in a general election – but to try and prop up candidates that do not believe in the very foundation of democracy and want to erode the trust of our fair elections is crazy. It is risky and fool’s errand and Democrats should be ashamed to sink so low. That’s not playing hardball, that’s playing dumbball. Democracy is indeed fragile and to play with fire can come back and bite the Dems in the ass. Supporting election deniers in a primary with the goal that you can call them unpatriotic cultists who would tear down the country’s ideals in the general election, is horrible, deceitful strategy.

Speaking of playing with fire, is the symbolism of House Speaker Nancy Pelosi showing off her balls to the world really that important? Thomas Freidman of the New York Times lays out the case of why her visit to Taiwan at this particular time is “reckless.” A politically meaningless visit that will not make Taiwan more secure or prosperous but will provoke one of our archrivals is all show and could lead to unintended consequences. Friedman said not to expect her plane to be shot down but postulated that China could perhaps start supplying Russia with military equipment in its disastrous war against Ukraine. Is her symbolic trip worth that price in a war that is already costing all of us quite a lot?

There are times and places where a symbolic visit would be productive, but this seems not be one of those times. Despite accolades from both Republicans and Democrats for her “courage” this symbolic visit seems like it will simply destabilize and already destabilized world. More symbolism that just might bite us all in the ass. Great.

Symbolism is all around us this week. Going all electric, making strong efforts at communications, delivering puffed up messaging. While not representing ultimate outcomes…yet… it all matters.