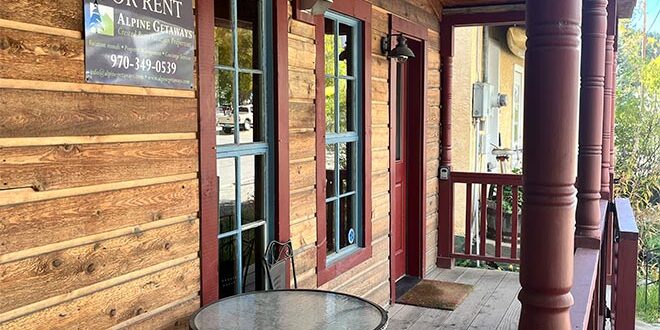 It does not appear likely that any drastic changes to the Crested Butte vacation rental regulations will be occurring as a result of the town’s effort to reevaluate the existing rules before it lifts a year-long moratorium on issuing such licenses.

In a 90-minute work session held Monday, October 3 the council directed staff to take some concrete actions like beefing up nuisance enforcement and making the so-called “primary” licenses more permissive but made clear there was no council desire to do a wholesale restructuring of the short-term rental (STR) regulations. The biggest split amongst council came with how to spread out the concentration of STRs in town and determining what was the right number of licenses allowed — but even that was relatively tame with no councilmember coming close to suggesting eliminating STRs. The most radical reduction suggested would be to follow a staff recommendation and cut licenses by about 30% over time through attrition.

A slim majority of the seven-member council, mayor Ian Billick along with councilmembers Mallika Magner, Jason MacMillan and Chris Haver essentially argued to keep most of the current big picture rules in place stating they were working well. Three councilmembers, Gabi Prochaska, Anna Fenerty and Beth Goldstone, wanted to tweak the number of “unlimited” vacation rental licenses permitted in town but let the number drop from the currently allowed 212 through attrition to a number closer to 150. A primary intent of the tweaking was to spread out the concentration of vacation rentals in town so that no individual neighborhood was overly impacted.

“People have told me that if someone lives in a neighborhood surrounded by vacation rentals, the normal nuisances of a neighborhood that might not be worth complaining about add up,” said Prochaska. “Some extra noise or a light shining into your house might not normally warrant a complaint call, but it is more intense if it happens regularly. When you live next to an STR that is large, there can be a party every night. So, if there are fewer of these on a block, great. If we can limit the concentration of vacation rentals it would be less impactful to individuals.”

“I agree. Concentration is a big factor of having a community, a neighborhood,” said councilmember Beth Goldstone who voiced support for the staff recommendation that would lower the number of “unlimited” vacation rental licenses in town to 148 based on the town’s current overall housing stock. That is basically 12% of all the housing in Crested Butte. Staff said the cap was calculated from allowing up to 40% of the housing in mixed residential and business zones (R3C, B4 and B3) to be used as vacation rentals, while limiting the percentage of vacation rentals in residential zones (R1, R1A, R1C, R1D, R1E, R2) to no more than 20% and restricting multifamily buildings like duplexes and multifamily condo complexes to just one unlimited license per building. Those who currently hold licenses would be able to keep them until the property sold.

“The 148 feels light to me. It feels arbitrary,” said councilmember MacMillan. “I understand it would take years to get down to that cap.”

“For me, I’m good with the concentration element that would limit licenses,” reiterated Prochaska. “If it takes 15 years to get there, that’s fine. As someone who uses STRs in other places, they are an important part of coming to stay in Crested Butte. But I think we need to work with the concentration and density.”

“There are certain blocks in town with higher concentrations of vacation rentals,” said community development director Troy Russ. “Concentration limits create an absolute number of licenses. But if you are focused on a number then it doesn’t necessarily help with concentration. They could all be in the same neighborhood for example.”

“I agree with Gabi and Beth, but I think instead of using zones it makes more sense to look block by block,” said councilmember Anna Fenerty. “And I like the limited radius idea where they can’t be too close together.”

“It’s worth exploring the concentration and zoning question but I lean toward where we currently are with the number. I think we all agree that limiting vacation rentals is not going to increase the long-term housing stock in town,” said Magner. “The main issue to me is nuisance enforcement. Some nuisances impact livability.”

Not all councilmembers agreed there would be no long-term rental impact with elimination of some vacation rentals, and town staff showed data that some units that relinquished their STR licenses converted to owner-occupied or long-term rental housing. Prochaska agreed with Magner it would not be a major gamechanger given the current economics of real estate in CB.

“It seems a lot of great work went into this a few years ago and things are largely working,” said Billick. “I’m open to changes but I’m a minimalist so if something is working, I’m reluctant to change it. I’m okay keeping things where they are. By and large, what we have is working and I’m concerned with unintended consequences.”

“I too feel the more complicated we make it the more likely for unintended consequences,” said MacMillan.

Haver agreed. “I’m kind of okay where the number is right now,” he said. “There is no giant need to pull back that number. Are there areas in town, certain blocks, that are getting more complaints?”

Staff said because of the way marshals file complaints, there is no accurate record of how many and what type of complaints have been lodged regularly with STRs.

“It should be something we track going forward,” suggested Fenerty. “That’s something to add to the 2017 regulations.” She also noted that while tax revenues from vacation rentals helped fund affordable housing projects in town, she agreed with public comments that asked that the mental health implications of having a lot of STRs in a neighborhood be considered.

As for the concentration question, Billick suggested that given the tight split with council opinion, staff come up with some other proposals for limiting concentrations of STR licenses that might impact the ultimate number of licenses issued.

Other direction given to staff included: 1) making sure there was a vacation rental compliance policy based on reasonable criteria that had teeth to punish serial offenders. That would most likely come in the form of a three strikes and you lose your license policy; 2) being more permissive with the so-called primary licenses that can be held by residents. Instead of limiting such licenses to 60 nights of rentals annually, the council wants to expand that to at least 90 nights; 3) reducing the suggested number of nights an unlimited license must be used in a “use it or lose it” mandate from the suggested 90 nights to 30. Goldstone said she saw no need for mandating such a “use it or lose it” regulation; 4) making sure that the license holder is a “real person” and not an LLC. The idea is that the LLC can still own the property and that would retain protections that come with an LLC but a human being has to be listed on the license; 5) using a lottery system to award licenses when they become available instead of utilizing a waiting list.

Going forward, the council will also discuss limiting the number of unlimited licenses an individual can hold to one. Debate on whether to allow deed restricted accessory dwelling units (ADUs) to short-term rent will be held as will the ramifications of allowing a so-called “bunkhouse” provision that would let homeowners living in their house short-term rent a bedroom without any annual limits. The bunkhouse idea is that it can help someone pay their mortgage, but the flipside is that it could be a way to make the same amount of money without long-term renting to a permanent roommate, thus eliminating a long-term housing alternative. There was no movement to begin taking back licenses that are already “grandfathered” in.

Brief public comment following the work session included a concern that “doing nothing is not hearing the call of the community,” advocating to allow both units in a duplex to hold a STR license, not allowing deed restricted ADUs meant for long-term renters to have a vacation rental license, questioning the goal of the “use it or lose it” mandate and making sure those renting units longer than 31 days aren’t doing so just to avoid STR taxes and fees.

The council will see a draft ordinance from staff to consider at the November 7 meeting. “I encourage the public to give us feedback in writing between now and then,” said Billick. “This council does its homework and there are lots of ways for the public to provide feedback. We want to hear it.”