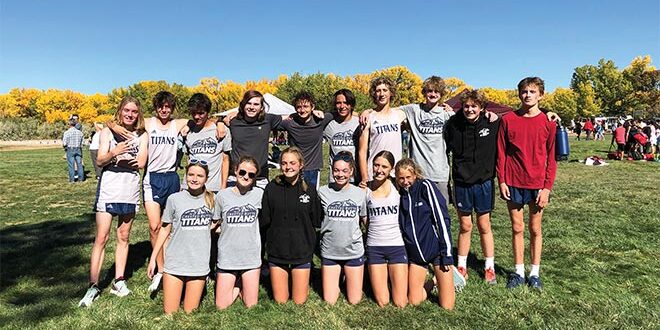 While young, the Crested Butte Titans cross-country team is mighty and are sending seven athletes to the 2A state championships in Colorado Springs on Saturday, October 29.

The team headed to Delta on Friday, October 21 for their regional meet with the girls team in the running to qualify for the state race and the boys team almost assuredly making the cut, but there was still some work to be done.

“There was a chance for the girls team, we just needed everyone to run their best,” says coach Shari Sullivan-Marshall. “And we knew, unless someone completely blew up, the boys were going to make it.”

The regional meet was a new experience for several Titans with numerous runners lining up for a post season race for the first time as freshmen.

“We have such a young team so nerves were a little high,” says Sullivan-Marshall.

The girls started the day off as temperatures started to climb in Delta with six Titans toeing the line as a team for the first time in a while.

Senior Ruby Pendy is the two-time defending regional champion, but a couple of other runners emerged this season as front runners. So Pendy’s plan was to latch on to the lead runners and hang on as best she could. Pendy stuck with the leader until the final half mile and maintained her pace to finish strong in second place. Pendy set a new personal record (PR) and shaved 41 seconds off of her winning regional time last season in the process and will return to the state championships.

“We had a game plan and she stuck to it,” says Sullivan-Marshall. “She ran a really aggressive race.”

Freshman Sophia Bender was next across the line for the Titans as she also ran a PR to come in 32nd place.

“She ran super smart and every time I saw her out on the course she was passing people,” says Sullivan-Marshall.

Freshman Josie Feier ran “steady as all get out” and challenged herself to mix it up as well coming in 35th place while Aubrey Laird toughed out her race after spending the past two weeks sidelined with shin splints to place 51st. Freshman Ilo Hawley had struggled to return from a mid-season illness but made it to regionals to finish in 74th and junior Lilla Laird took two minutes off her time at regionals last year to come in 80th place. Once the scores were tallied, the girls finished in sixth place out of 18 teams, one spot away from qualifying as a team for state.

“Seeing that improvement from Lilla was awesome and all of the girls gave everything they had,” says Sullivan-Marshall. “It was great that we took sixth and we felt good about it. I just wish Ruby could have a team with her and see those four freshmen toe the line at state.”

The boys team reached their goal as they combined to finish in third place and qualify for the state race. Sophomore Jake Pendy shaved 13 seconds off his time at regionals last year and moved up from an eighth place finish last year to come in fourth place at regionals this year.

A crew of five Titans then followed and have been trading off each weekend as to who would lead that charge.

“For our next five it was about passing bodies and working together and they definitely used the race plan,” says Sullivan-Marshall.

Freshman Cody Pleak put together his best race of the season thus far to break the 19-minute 5k mark and shave 34 seconds off his previous PR.

“Cody had a huge breakout race at regionals, it was really exciting,” says Sullivan-Marshall.

Sophomore Giles Billick fed off the efforts of his teammates to run a full two minutes faster than last year and placed 27th while freshman Flint Hoyt was just four spots back in 31st place.

“Giles was on fire and made sure he did what was needed to help the team while Flint stayed competitive until the end,” says Sullivan-Marshall.

Freshmen Colby Smith and Max Sullivan both broke the 20-minute mark for the first time while junior Matthew Howe ran a minute faster than last year to round out the Titans’ effort at state. After an unnerving delay with the scorers, the Titans found out they finished in third place to punch their ticket to the state championships as a team. 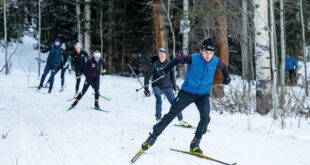 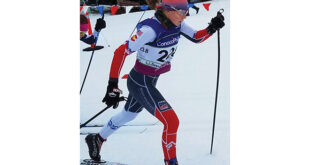 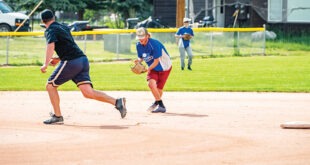