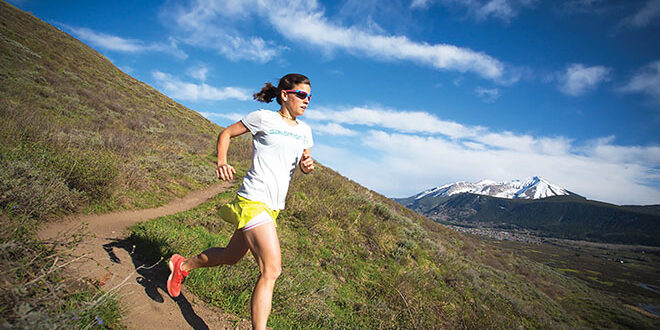 “I prefer things last minute, I hate all of the anticipation”

Cam Smith and Stevie Kremer are headed overseas as part of Team USA to compete in the World Mountain and Trail Running Championships November 4-6 in the mountains near Chiang Mai, Thailand.

Smith has gained local, national and international notoriety as a skimo (ski mountaineering) racer earning a spot on the U.S. team and stepping onto the podium at a World Cup skimo race in Italy back in January. While he admits running was primarily a way to remain in shape between winter racing seasons, he decided to turn running into a more competitive endeavor.

“Normally I take the summers a little quieter after a long winter of racing,” says Smith. “But there were some races I wanted to do and started looking at running races to see what I was capable of. It was a quick turnaround.”

“The first part of the summer went well,” says Smith.

The Broken Arrow vertical race was a pre-qualifier for the U.S. team headed to Worlds so Smith’s ticket to Thailand was punched early on and was picked by Team USA to compete in the Vertical Mountain event with 3,280 feet of climbing over an eight-kilometer course.

Kremer’s path to the World Championships this year is a bit different as she is in a different stage of her competitive racing career. She competed in the trail running World Championships in Switzerland in 2012 placing seventh and helping push Team USA to a gold medal. That led to a slew of successes on the ultra-running circuit worldwide and she was on top of her game when she had a child and “life happened” and she took a break. After a hiatus, Kremer returned to running realizing that she missed it, both just running as well as competing.

“I hate to sound cliché, but I really do love running and I realized how much I missed racing,” says Kremer. “I just told myself to get back into something I love.”

Kremer never made it to any of the qualifier races for the team headed to Thailand but did see success at smaller races over the summer, including winning the Emerald Mountain Epic marathon in Steamboat. But it was a random search online that led her on the path to Thailand.

“I happened to come across the website about the World Championships and I just reached out,” says Kremer.

She received a response almost immediately asking for her race resume from the past year that night and she sent that in thinking it would be a long shot. Then, a little over two weeks ago she got word that she was on the team and would be racing in the 40-kilometer trail race event with 9,110 feet of vertical climbing.

“I think what got me on the team was my time last year at the Pikes Peak Marathon was similar to the winning time this year,” says Kremer.

Now, the two are preparing for the World Championships. Smith admits the end of the summer racing series did not pan out as he hoped and he’s looking to rest, heal and regain his mojo running well past the time he typically hangs up the shoes.

“I had a couple of duds at the end of the summer and, usually, I’m done running by Labor Day,” says Smith.

While Kremer didn’t know she was headed to the World Championships until recently, the late notice doesn’t bother her and she’s just going to keep on keeping on and use the race as an added excuse to get her moving in the morning.

“I prefer last minute, I hate all of the anticipation,” says Kremer. “I run for my sanity, it’s what I do for my mental health. This race is now the added voice in my head in the morning when I’m about to hit the snooze button.”

Even their departure dates are different. Smith is headed to Thailand on October 27 to get some time in before race day while Kremer leaves November 2, arrives November 5 and then lines up for her race on November 6.

As for expectations, Kremer is just hoping to finish looking at it as just another great opportunity later in her racing career.

“I’m really going into this as the ‘old fart’ on the team and I’m not going to get many of these opportunities,” says Kremer. “It’ll be a cool experience and I just have to remember I’m no longer 27 or 28 years old and in my prime.”

Smith’s expectations are somewhat muted as well as the races are at the end of a rigorous season of running and the experience is new to him.

“It’s hard to say not ever competing at this level in running,” says Smith. “I’m excited to represent the country in a different sport and pull on the U.S. uniform and compete. I’m always going to try and be at the front and win a medal for the U.S.”

Following the race, Kremer will return to Crested Butte the next day to resume her work at the Crested Butte Community School. Smith will head straight to Europe to live and race on the World Cup skimo race circuit until April.