It’s not easy to go all kumbaya two weeks in a row, but every once in a while it puts local politics into perspective. Make no mistake, the elected and appointed officials in Crested Butte, Mt. Crested Butte, the county, the school district and down the line… all deserve to have their decisions scrutinized and criticized and we certainly aren’t shy about banging a fair share of the decisions they make. They have made some very weird decisions… in my opinion.
But I haven’t met any local official who is out there trying to pull the wool over their constituents’ eyes. Every one of them is trying to make this a better place. Some are better at it than others in my opinion, but each one is trying.
It hit me as I watched members of the Crested Butte Town Council sit around a small table Tuesday afternoon to discuss changes to the town’s Area Plan and subdivision regulations. Oh, the exhilaration!
For more than two hours they started to tackle 100 pages of red-lined changes. It was a beautiful day outside. The logical choice would have been to be on the mountain skiing. The next logical choice would have been for these guys to be at a job earning a living.
Instead they spent their time talking about the little picture elements: who paves a sidewalk and how do you measure a willow… and big picture elements: do these changes set an unrealistically high bar and should the town solicit more input from developers?
This type of discussion happens all over the area a lot more than people realize. Now make no mistake, I guarantee there will be things in the final big picture and the little details that upset someone. When the council moves to the stage where they adopt the changes, I bet there will be elements that I disagree with and think are weird. I’ll probably bang them for it.
But we all should understand that they make their decisions in public after a lot of time, energy and discussion… much of it painful and much of it mired in minutia.
The same thing happens at every public board. These people put in a lot of time sitting around a table debating policy while most of us are working a job or riding the T-bar or 401.
So while every official should expect to be held accountable for their final decisions and they will no doubt take some heat for whatever road they decide to go down… understand that every local official is putting in their time with the intention of making this a better place.
I respect that sacrifice and they should understand that heat comes with the job no matter how well intentioned they believe they are. That is a balance that comes with local government.
It isn’t always easy, so thanks to those that do it.
Kumbaya. 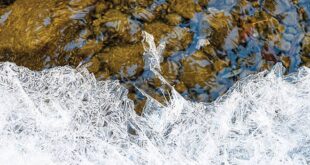 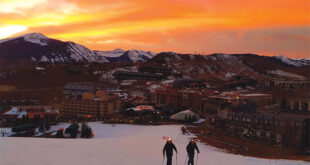 Lord knows change is constant, but I sort of like the autumns where things don’t …