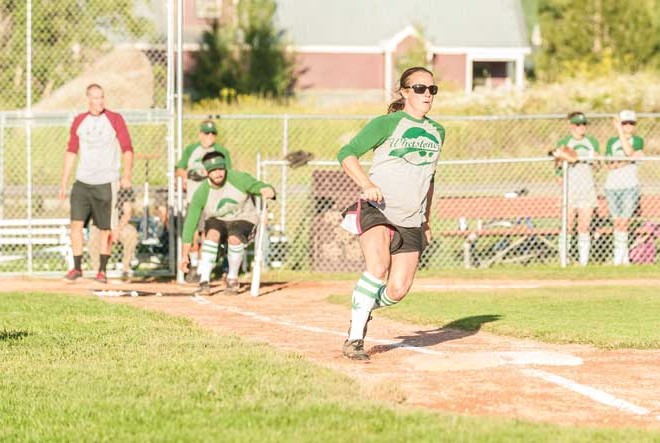 Look, I don’t know what happened to the Hares but as an ordained minister of the Universal Life Church Monastery I used my direct pipeline to the heavens above to make an impassioned plea to get the Hares back on track.

“Dear Lord (or God, or Jesus, or Buddha, or whoever is listening and in charge), take a moment from your busy existence (except for you, the Mormon guy, you just go about whatever craziness you’ve got going on) to stack the odds in favor of the Hares. They are on a mission this season and after a tremendous start, racking up six wins in a row, they’ve been diverted off the winning path and need your assistance as they head into the post-season. I don’t ask for much, and you certainly didn’t come through with my request to have the Baltimore Colts win the Super Bowl in either 1976 or 1977, so how about a little love right now cuz the Hares are gonna need it.”

I’d like to think my connection to a heavenly spirit had something to do with it but, truth is, methinks the power cameth from the new “Pepto”-pink–colored bat. Whatever it was, it was awesometh. Not to be confused with awesome meth, which is a different (yet strangely similar) high that one feels when allowing the Lord to enter one’s life.

Or so I’ve heard.

And to be honest, there was nothing the Whetstoners could have done to stem the tide. Granted, the Whetstoners’ play was a bit erratic with Alex Mattes-Ritz uncharacteristically shaky at shortstop, the outfield missing out on their usual highlight-reel–type plays and Rich Driscoll erratic on the mound. But, the Hares’ bats were red-hot, their defense solid and Sam Lumb was working some serious magic on the mound.

The Hares came out swinging in the top of the first, racking up a quick six runs thanks to base hits from Lumb, Dave McGuire and Frank Stichter, a grand slam from Drew Stichter and RBI singles by Brian Brown and Don Bunnell. All of that despite a great 5-3 double play from Whetstoner third basewoman Liz Wigginton.

Mattes-Ritz and Zach Mathias put the Whetstoners on board in the bottom of the first with a couple of RBI hits and after a quiet second inning, the Hares piled on four more runs as Jen Hartman tapped an RBI single, Brown cracked an RBI double and Bunnell blooped a two-RBI double to shallow center for a 10-2 Hares lead.

But it was early and the Whetstoners have been on fire as of late and they started rolling, as the Whetstoners do, in the bottom of the third inning. Mattes-Ritz opened the rally off with a triple and scored on a single from Barb Winter. Base hits from Lawson Yow and Wigginton loaded the bases for Mathias and he drove a two-RBI double off of the netting in left field. Alexandra Franchia then stepped up to slap a two-RBI single up the middle and the Whetstoners were back in the game, down just three runs heading into the fourth.

The Hares’ bats then turned ice-cold and it appeared that I was in for another letdown from the heavens above. But that’s when the patron saint of pitching, Lumb, took over, striking out two Whetstoner hitters and throwing short to force the third batter to ground out.

Drew struck again to breathe life back into the Hares offense with a three-run shot over right field, Kent Fulton drove another Hare home with a triple and Geoff Sanders connected for an RBI single to add a little more cushion to their lead.

The difference-maker came in the bottom of the fifth as the Hares defense tightened the reins to throw out a runner stretching for two, pull in a pop fly, and then Dave McGuire cut off a grounder up the middle to turn the third out, holding the Whetstoners scoreless.

Powered by Pepto, the Hares unleashed again in the top of the sixth to put the game out of reach for good. Frank tapped a two RBI double and when Dave Clement wheeled from first base to home on a hit by Drew, you knew the Hares were in it to win it. Hartman followed with a RBI single and Sanders closed the rally with a two-RBI single to put the Hares up 21-7 heading into the bottom of the sixth.

More Hares defense held the Whetstoners scoreless once again and they tacked on five more runs in the top of the seventh to seal the 26-7 win.

The rec league playoffs open on Thursday, August 6 with a double-elimination format, and at this point, there are at least six teams with a legitimate shot at the title.