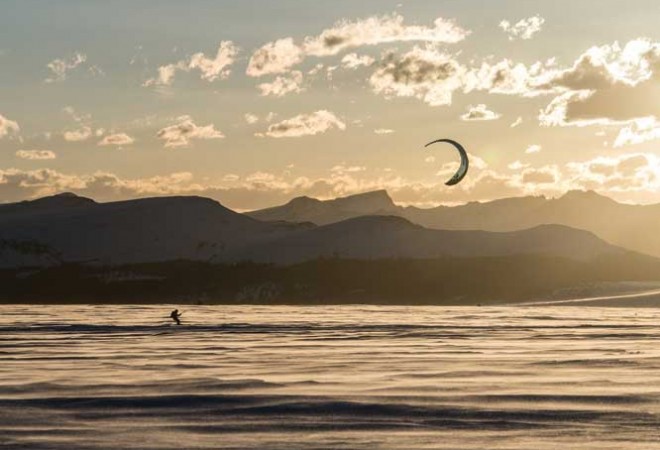 Brandon Clifford has spent his entire life in and around oceans, so it may seem a bit odd that he’s chosen landlocked Crested Butte as his home away from water.

Brandon grew up on Martha’s Vineyard in the small town of West Tisbury, which was somewhat isolating for a kid but luckily, he developed a love of surfing from a very young age. “I had a lot of good friends, it was a small, tight community, and a really nice place to grow up,” Brandon says, and notes that like any small place, it had its drawbacks. But, he recalls, “Surfing really saved us as kids. We’d get hurricane swells and you could surf through the winter but you had to be pretty dedicated. There weren’t that many people out there surfing but the waves were really good when we got them,” from up-island swells and the notoriously brutal Nor’easters.

“I started surfing at the age of 11 and before that we were boogie boarding,” Brandon says. His childhood revolved around the sport and as kids he and his friends were always doing one of two things, “We surfed and we waited for surf, that was my life, and it’s what drove our lives.”

But he was also into art, turning ceramic pots on a wheel, and played soccer and hockey in school, anything that would allow him to experience the outdoors as much as possible. “In the Vineyard, you take what you can get!” he says of the limited opportunities.

Brandon’s father, the renowned underwater shipwreck explorer Barry Clifford, introduced him to the ocean early on, taking young Brandon on dives with him. He was an early teen for his first dive off the Elizabeth Islands off the coast of Cape Cod. Along with his older sister, Jenny Clifford (another Crested Butte local), the family spent a lot of time playing on lakes, canoeing, camping, and hiking.

When Clifford was a freshman in high school, he went off to Tabor Academy, a boarding school in Marion, Mass. “I liked it,” he admits of expanding his world. “It was a good experience for me. I met people from all over the country and the world. I played a lot of soccer and I was on the sailing team.” He graduated in 1997.

Out of high school he went west to the University of Oregon, because, he smiles, “The West Coast had good surf.” He began studying ceramics and journalism. When he left college, he drove straight to Crested Butte. “I left pretty quickly,” he beamed. “I had lived at school already for four years and boarding school was like going to college in itself.”

Clifford knew about Crested Butte, having visited as a child; his father went to Western State College and his sister Jenny, who was born here, lived here. He came in the winter, when the town was buried in snow, and deemed that it looked like a lot of fun because, he says, “I was also into the mountains, skiing, and outdoor sort of things and Colorado had a lot of appeal. So I drove here in 1998 to move here.”

Brandon didn’t need any other reasoning. “I just went for it.” He moved into the Claim Jumper, and like most his age, worked in restaurants, shoveled snow, and used his diving skills washing dishes at the Irwin Lodge—any and all of the typical Crested Butte resort lifestyle-sustaining employment opportunities.

He spent his winters in Crested Butte and his summers surfing and working on Martha’s Vineyard and he started working for his dad more consistently. “When I was young, I spent a lot of time on the boat when dad was exploring the Whyddah site,” he says of his father’s notable discovery of the pirate shipwreck off the coast of Cape Cod. “I have photos of duct tape holding up my shorts because I was so little.” When he was eight or nine, Brandon was stranded alone with the salty crew on the boat for four days because of fog. His parents couldn’t retrieve him because they couldn’t get through the fog. “I don’t think I realized how much I was learning and how much appreciation I was developing for the ocean at the time. But I was learning a lot about boats, tying knots and the ocean.”

And indeed, the extensive amount of historical knowledge Brandon has acquired about the seas and pirates from the 15th century forward, through his research, experience and working with his father’s archeologists, is fascinating and incredible—from boat building and sailing, shipwrecks and routes, trading companies and cargo, to kingdoms, customs and politics and corruption.

“It all stems from working with my father,” Brandon says, and because it’s his passion, he will readily talk about the colorfully dangerous, often romanticized, history and sea lore instead of talking about himself. The history is as mesmerizing as the sea itself.

Through all the publicity, dives and discoveries, Brandon’s a very humble explorer. “I was lucky to have worked around archeologists and conservators, like Ken Kincor, who knows more about pirate history than anybody and you can’t help absorbing that information,” he tells of the magnitude of being anchored on top of a pirate shipwreck where more than 100 men died in a terrible Nor’easter storm. “The history of piracy was part of my childhood.”

The work he does with his father is very seasonal because the northeast Atlantic is a tough commander, “I go when the wind is okay to be diving on the Whyddah site. Late spring to early fall, you get southwest winds, so the wind’s offshore and the water is smooth but in the fall you get easterly winds and it’s rough and we can’t work. The bottom is pitch black.”

In 1999, Brandon took his first trip to explore the many shipwrecks off the coast of Nosy Boraha island, a tiny exclamation point of land off the northeast coast of Madagascar. Over the next couple of years, he returned four times with his father’s exploratory company. “I was working as a diver, doing survey photography and remote sensing work, the preliminary work that can tell you what’s lying below on the bottom in the sand. There’s a lot of handling boats, handling dive equipment, logistical operations, and a lot of diving.”

The company is currently working on several sites of major historical interest, one of which is the unverified wreck of Captain Kidd.

Brandon conducts full-time logistical work for the shipwreck research from Crested Butte when he’s here. He also tests outerwear and wetsuits for Patagonia, the outdoor gear company. “I work testing products for them, wearing the wetsuits and gear when I’m kite boarding, snow kiting and surfing,” he casually says of his other sport passion—cruising on a board on water or snow powered by a kite, the wind and gravity.

“Because I grew up surfing and skiing, between Crested Butte and the Vineyard, I got into kite surfing. I snow kite all over Crested Butte and into the San Juans. I’m on the Ozone Kite Surfing Team,” Brandon says. (The Ozone company makes kites.)

He’s also sponsored by Technica-Blizzard and he uses their equipment for the many different things he does in the water, both in liquid and in frozen form. “These different sports merged together and I got into snow kiting in the mountains and kite surfing on the ocean. It’s all about getting outside and having a lot of fun.”

Locally, Brandon also does graphic design and website design, which he considers his side job. As part of his ongoing love of all things nautical, Brandon manages a non-profit organization called the Center for Historical Shipwreck Preservation, based in Provincetown, Mass. “It’s part of our conservation of the shipwrecks we explore,” and whose mission is to research, study, discover, explore, survey, recover and preserve historical artifacts with information and results of research, basically. They preserve the history for everyone and for generations to come.

“I’ve always been split in half, one eye for the ocean and one eye for the mountains,” he says with equal affection for both. “With the kiting, you’re able to sail in the mountains. Diving, kiting, historical conservation and exploration of shipwrecks, those are his passions. “I’m landlocked, but I’ve overcome that,” he laughs, because he does have the best of both worlds and Crested Butte is where he wants to raise his family. Brandon met his wife, Oriana Reed, nine years ago on Martha’s Vineyard, and now the couple has a six-year-old daughter, Tallulah, and a four-month-old son.

These are the reasons a surfer boy willing becomes landlocked. “I’ve always had a lot of flexibility, being able to come here for six months and go back to the East Coast for six months to dive and work. It’s really about my family, my children, and Crested Butte is a nice community to bring your kids up in and that’s important.”