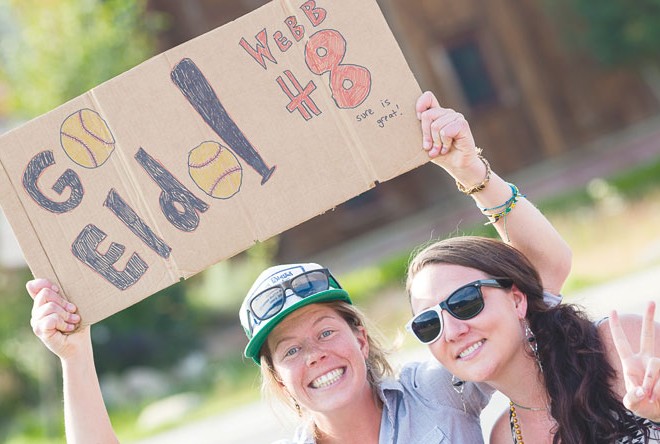 Now’s your chance to complete the Triple Crown… and win cash!

Organizers decided that this year they would expand the summer version to two days on Saturday and Sunday, September 5-6, allowing racers the option to do one or both. Furthermore, if they skied in the winter Grand Traverse this year, they will be recognized as completing the Grand Traverse Triple Crown.

“There has been some interest in something like this from multi-sport competitors,” says race director Andrew Arell. “The Triple Crown is definitely something we want to cultivate and create excitement around.”

“Combining three disciplines into one title creates that much more of a draw for people,” adds Crested Butte Nordic Director of Marketing Drew Holbrook.

The two-day schedule opens up a variety of options for pretty much any athlete with a serious set of legs and lungs as well. You can do either the run or bike solo. You can do both solo. You can do either or both as a team of two. Or, you can split the difference and have one member of the team run over to Aspen on Saturday and the other member bike back from Aspen on Sunday. No matter what you decide, one thing is for sure, thanks to the support of the Tourism Association there will be $6,000 in cash up for grabs in a variety of ways.

Then there’s the King of the Mountain award. Both runners and bikers will have a shot at a King of the Mountain award worth $500. If you are the first runner to Star Pass, and you finish the race, you take home $500. If you are the first biker to the top of Aspen Mountain, a 3,200-foot climb right off the start line, and finish the race you also take home $500.

“That climb up Aspen Mountain is grueling,” says Arell. “It’s straight up from the get go.”

The running race kicks off from Elk Avenue on Saturday, September 5 at 6 a.m. following the winter Grand Traverse route more or less before finishing Ajax Park in downtown Aspen.

Mountain bikers will then saddle up on Sunday, September 6 for their race at 8 a.m. and ride the course in reverse, with some additional tweaks, finishing at the base of Crested Butte Mountain Resort. Each race comes in around 40 miles, a total of 80 miles over two days, and involves 6,300 feet of elevation running and over 8,000 feet of elevation gain on the bike. Both races do have time cutoffs along the way.

Arell expects the top runners to finish in the six-hour range with top bikers completing the course somewhere in the neighborhood of four hours. All info and a more extensive route map, including a virtual tour of the courses, can be found at cbnordic.org.

Last year the one-day affair drew a total of 160 competitors. This year, Arell reports they are close to that mark and expect more to come in as the race weekend approaches.

“They’re starting to pour in now and I think if we have a clear forecast for the race, we’ll get a big bump,” says Arell.

There have been plenty of Triple Crown options over the years, but the Grand Traverse Triple Crown may be the best way to determine the top endurance multi-sport athlete. The summer Grand Traverse alone is a great way to experience the race without running the risk of frostbite, just maybe lightning.