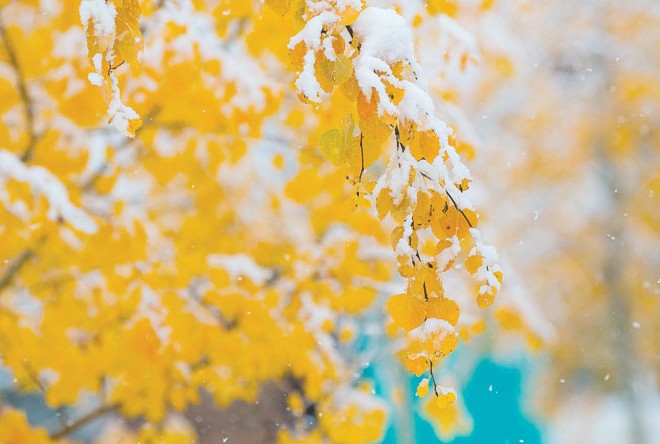 The short days of November and December can be harsh. The sun sinks behind Gibson’s Ridge about the same time Little League practice would be starting on Pitsker Field just a few months ago. It can be a tough adjustment in the office when the light goes to dusk at about 3 o’clock. That’s when I could use a nap.

It is dark and it is cold. But it is the precipice for the joy of winter. Manmade snow is being blown beneath the chairlifts. Lily Lake off Kebler Pass Road is groomed and the first skins have climbed the flanks of Mt. Baldy. A new Zamboni is being readied at Big Mine ice arena.

There was a piece floating around social media recently about how many of those living in northern Norway do not get depressed with Seasonal Affective Disorder (SAD). It basically boiled down to staying active, getting outside despite the cold, and breathing fresh air. Sounds like here actually, only darker.

According to the article (The Atlantic, July 1, 2015), a Ph.D. student at Stanford University, Kari Leibowitz, spent August 2014 to June 2015 in Tromsø in northern Norway. Tromsø is so far north that from late November to late January, the sun never climbs above the horizon. Leibowitz went to study the residents’ overall mental health, because rates of seasonal depression were lower than one might expect.

Growing up in the Midwest, there weren’t many (okay, any) mountains nearby to ski. So we would not go out often except to get in a car to go to the mall. And we would moan about winter weather. Hey, it’s a damp cold back there.

Here, we are blessed. Truly. You can strap on Nordic gear and head out from most back doors. The Poop Loop will get crowded at lunchtime pretty soon. Obviously there is the ski area with its mechanized lifts taking people into the magic of the Butte, and Red Lady, which is not mechanized but is certainly available. Snowmobiles are being tuned for winter, as are powder skis. The hockey rink will be packed at night and the sledding hill is already getting used. Hey, it is a dry cold up here at 9,000 feet. Plus, gear these days is made to keep you warm and dry on the worst winter days. According to the Norwegians, there’s no such thing as bad weather, only bad clothing.

The social aspect comes into play as well. In Norway as here, winter can be a time of gathering in the bars, at friends’ homes, in the theatre or movies or at concerts. Yoga classes abound and Dodgeball teams will come together. There is a reason many of the holidays with their get-togethers and spirited toasts come during these dark days. Holiday lights and candles play a mental health role as much as a decorative one.

While we all probably feel a bit more tired as the sun sinks early in the afternoon’s southern sky these days, understand it is a time to celebrate in the valley. We live in a place that embraces the cold, the dark, the snow. Admittedly, these next few weeks can sometimes be hard before the energy of the ski area opening kicks in but in these times of transition, begin to embrace the longer nights and the changing constellations of winter.

So based on the lessons of our kindred Norwegian spirits, it appears the key is to not moan about what the weather is doing but to get into the right frame of mind. I’m not ready to change my “Favorite Month” vote from June to November, but it’s about mindset more than short days and cold temperatures. And you know, February can be a pretty sweet month in these parts.

We’re all in this together, and that’s part of the charm of living here. But for those who do get SAD, hang in there—the days will start getting longer in about four and a half weeks. 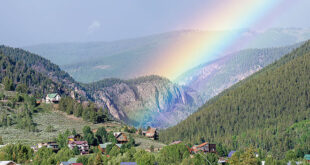