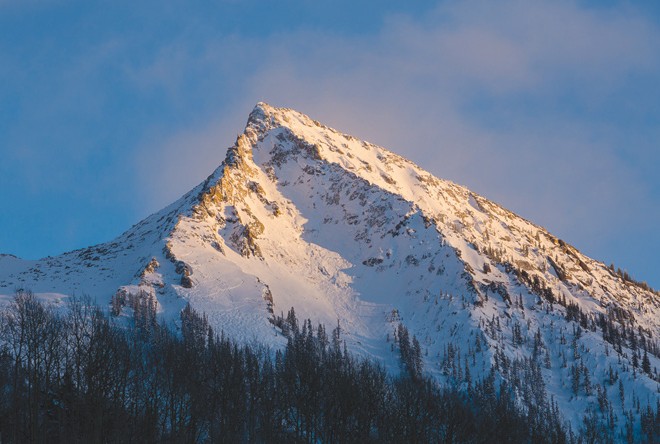 As I rode the chairlift with some guys here on a trip to ski and watch the Super Bowl (Go Broncos!), they mentioned how sort of funny it is to see from afar what constitutes controversy and reality here in the valley. They aren’t wrong but it just adds to the charm that they notice.

Trying to compose an editorial about Crested Butte “reality” as our weekend photographer, Petar, is being dressed as the 2016 “Miss Mardi Gras” is distracting. It doesn’t seem real—but it is.

I thought about it just this week. Crested Butte reality is when 700 Nordic skiers race through the alleys of Crested Butte, some dressed as Vikings, others as giraffes or winged Red Ladies. Donald Trump was seen skiing in the alley on the west side of town. No wonder his numbers are slipping.

Reality is when the village children shred the hill and storm the podium of a Junior freeskiing event while their older statesman and local role model, Aaron Blunck, takes first in a major comp in Park City and is ranked number one in the World Cup standings.

Crested Butte reality comes in the form of people who live here actually praying for a foot of snow and all the hassles that come with it. Because then there are the benefits of hopping on a packed painted bus and finding great camaraderie while waiting for the T-bar in a storm before floating down places called Body Bag, Rabbit Ears or Funnel.

Our reality comes in the form of passionately debating whether a roundabout is appropriate in the 2020s (probably), or if the town should change some zoning for a larger-than-allowed hotel (probably not).

Our reality comes in a magical world where life is measured in time with the kids on road trips (and pretty much everywhere is a road trip) or where the kids will never see an official “snow day” but there will be plenty of absences in the classes when that foot of snow lands on a school day.

Reality is our Crested Butte kids growing up wandering around on their own, smelling weed on the lifts by the time they reach kindergarten, skiing with their pack of buds in the Extremes by elementary school and being comfortable on a stage in front of a packed Center for the Arts dancing “Old Skool” or performing in a play at the Mallardi Theatre.

Crested Butte reality is where people communicate about dog poop by leaving a line of messages to each other in the snow. Or wander into a bar and run into a half dozen friends who want to talk local politics. That might mean talking about the ski area, traffic, growth, the donut hole, zoning, the ski area, whether a house should be allowed to be 5,000 square feet or 5,700 square feet, Eleven, the council, school, art, trails or the ski area.

Our reality is constantly hoping the prospect of a new mine above town will go away, hoping that just the exact right number of tourists will show up (no more and no less), and hoping that we can all get along and share some or all of the Slate.

Crested Butte reality is where life can be cold (30-below mornings are not abnormal), life can be sunny (Ochs might claim more than 400 days a year), and life can be rich (in experience if not money).

It’s not all blue skies and champagne powder. There are mortgages and college tuition and irregular jobs. There are friends who die, family that might move and jobs that pay crap. But you can always look outside. And then go outside. And run into someone you know and experience a quiet that most people will never understand. When a member of the tribe needs help, everyone answers the call. When an issue needs to be debated, people argue and bitch and then buy each other a drink. When something stupid happens, people call it stupid, put on a costume and move on.