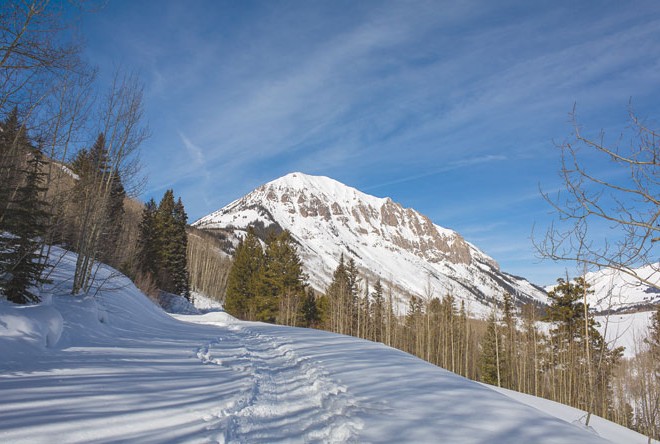 Art and education: An opportunity

It is not every day or every week that the local school gets an opportunity to deal with broad real-world dilemmas. While they have made it clear they don’t think it is worthy of newspaper coverage, a not very simple censorship issue has given Crested Butte Community School administrators that opportunity this week. It is an opportunity to explain choices and provide new knowledge and perspective to the community at large. It is the Crested Butte Community School, after all.

And I say it is an opportunity for learning and education because my mind has been changed by the discussion.

In a nutshell, some local AP (Advanced Placement) art students at the public school were given an assignment. They were to create an art project based on a newspaper article. Of the seven projects, four were deemed “inappropriate” for display in a public part of the school. One dealt with underage drinking, another with suicide and another with gun violence. Not easy topics. So the art pieces were hidden away in the teacher conference room.

Now, as a somewhat left-of-center guy who works for a newspaper and thus isn’t a big fan of censorship, my first reaction when hearing of the decision was “Grrrrr.”

But then there is the other side of the story. The Crested Butte Community School is in a unique position. In one building, kindergarten students to seniors in high school share the space. That is not the case in most places. That Crested Butte setup provides for some wonderful opportunities for modeling. One of my favorite programs when my kids were going to school was the “Buddy Program,” where fourth graders would be assigned to a kindergartener and mentor that student. I am aware of that program paying big dividends down the line.

But in such a shared situation there are also legitimate age-appropriateness concerns. A six- or eight-year-old does not have the same maturity level as a 16- or 18-year-old. So the school administration had choices to make with displaying some of the art. My “Grrrrr” went to an “Ummmm, I hear what they’re saying…”

They have a dilemma with no easy answer. But there is an opportunity in this situation. It is ultimately resulting in choices and offers an honest opportunity for real education that doesn’t come just from a book.

Look, art is meant to make us think. A painting of dogs playing poker might be considered art by some (Donald Trump) because it could make you stare or smile or wonder where that took place (and why wasn’t I invited?). But deep meaningful art is more along the lines of Picasso’s Guernica that might haunt you with its depiction of war. Art is meant to evoke emotion and thought. It is not always comfortable.

If the AP students in the Crested Butte Community School can create art that makes the school administration—and all of us—think and be a bit uncomfortable, there is value in that art.

I went to the school and saw the art in question and a couple of the pieces struck me emotionally. They were powerful. They made me uncomfortable. If my kids were in elementary school, I would not want them to see the pieces until they were mature enough to understand the message. As with most good art, the pieces had an impact and made me think.

Education is meant to make us think and ultimately make good informed choices in life. And the best education teaches us how to think. It’s not just memorizing facts and following values laid out by an “expert.” Deep thinking often sprouts from conflict and a difference of opinion. For example, the Socratic method of teaching involves dialogue—sometimes argumentative dialogue. The idea is to open each other’s minds to a different point of view and explore a variety of values and opinions. That might be awkward and even painful, but it is valuable.

Choices are meant to ratify our thoughtful decisions. When making a thoughtful choice, it should be easy to justify a decision. When deep thought is involved, there should be no fear to defend one’s choice.

So while some of the local school administrators are hesitant about having this public spotlight put upon them, they might perhaps look at it as an unusual opportunity. It is what education and art and choices are about.

What is the answer? I don’t know. But art is meant to be seen. Is there a place on the second floor of the high school wing where elementary students don’t venture? There has been talk of displaying the pieces in a public exhibition at the Center for the Arts. That might make sense for this college-level provocative art. Are some of the pieces too emotional for even high school students? I don’t know. I understand that that is an ultimate decision for the school administration and it has been made. Under the circumstances, the “censorship” is based in good judgment. But maybe it is the whole school community (and that includes pretty much this whole community in general) that can have the discussion about the issue and the art—and grow from it.

Through good, sometimes uncomfortable, discussion, public and otherwise, hopefully not just the children at the CBCS but the entire community might actually learn something. Isn’t that ultimately the point of art—and education?