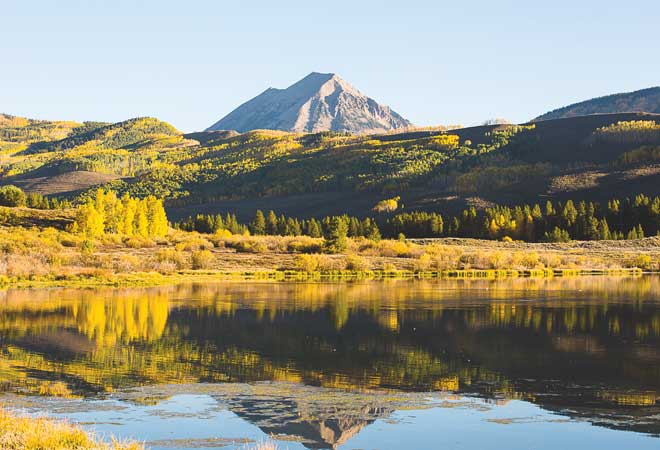 Of Vinotok and blue herons

The social media firestorm of what some people think about Vinotok is an irritating kerfuffle. A politically incorrect action is not that unusual in Crested Butte—but actions do have consequences. The fact that the Grump was an effigy of Trump is not that surprising in a small liberal ski community, and it should also not be surprising that it offended some people. When I hear in the midst of the hubbub that some with the organizing committee deny now that it was a direct Trump effigy and meant to be just a faceless politician that anyone could interpret, I believe that as much as I believe my head of hair has never been fuller or less grey.

My quick thought is that it wasn’t necessarily necessary to do and ultimately it generated grumps for some instead of burning them. Being an advocate of free speech, I support the idea that the choice was made. At the same time, those who did it and might be offended if a group of right-wingers burn an effigy of Hillary in protest have little cause to be upset with that. What goes around comes around.

For the visitors who felt compelled to write the county, town and Vail (huh?) and tattle while expressing shock and dismay and “threatening” to not spend any more money in town—that’s cool. This place probably isn’t for you. You probably should find a less edgy place where you might feel more comfortable to spend your money. Believe it or not, Vinotok is a lot less wild than it used to be, but the underlying theme of celebrating the equinox while sticking it to “the man” remains. It has evolved to honor more people in the community throughout the week while being more than a simple, big-ass fire (which I miss). As one of the local marshals mentioned in the middle of the mumming, “This is part of who we are.”

For those visitors who were offended, if you look beneath the veneer of the tourist façade, this place is one where people are normally pretty friendly but a bit different from those in the “real world.” People here are loud and unashamed. People yell and fight—with each other and with those they disagree with on the state and national level. People are passionate about the local environment because it is their backyard. Some men here regularly wear dresses. Some women here have more testosterone that an NFL lineman. Dressing up is not just for Halloween and long before pot was legal in Colorado there were what we call Townie Takeovers that almost always start at 4:20 (Google it). People work really hard but less normal hours than you might. Most people here don’t feel comfortable in a cubicle and might take a run or bike ride on single track at lunch instead of sneaking in a martini.

I could go on (and have in the past) but you get the idea. Not every place is supposed to be the same with a common bottom denominator. We abhor gentrification. Most of those living here fiercely fight that idea, so I don’t expect it to change. Given that, you might enjoy an all-inclusive resort experience in Florida more than Vinotok or Flauschink or the Chainless or the AJ or some other “interesting” weekend in Crested Butte. These types of events are a big part of the community that makes Crested Butte what it is. They aren’t always pretty for everyone but they sure are unique. If they make you uncomfortable I can understand that. No offense—and none taken.

On a topic that might be more than a kerfuffle but in some ways speaks to the same conflict of change and outside perception, the community is debating how to handle humans in the Upper Slate River in the spring. Because some unusual wildlife is part of the landscape and SUPs (standup paddleboards) have recently made entry to that area more accessible at high water times, there is some conflict. A gathering of community has been meeting for months to discuss the situation and this Thursday evening that group will officially present their findings and suggestions.

The early report seems to me to be too much of a compromise—but that report is still in a draft form so can be tweaked. The blue heron and the elk that live there are as much a part of this community as us humans. We should be choosing to do what we can to make sure they remain part of this community. That might involve more stringent action than the draft report is suggesting.

As Crested Butte grows and changes, I can accept most of the change as long as we stay true to our ideals. One of those ideals is doing what it takes to keep us different. I still trust that we will make choices that protect the unique elements of our community—whether it be Vinotok or the blue heron.