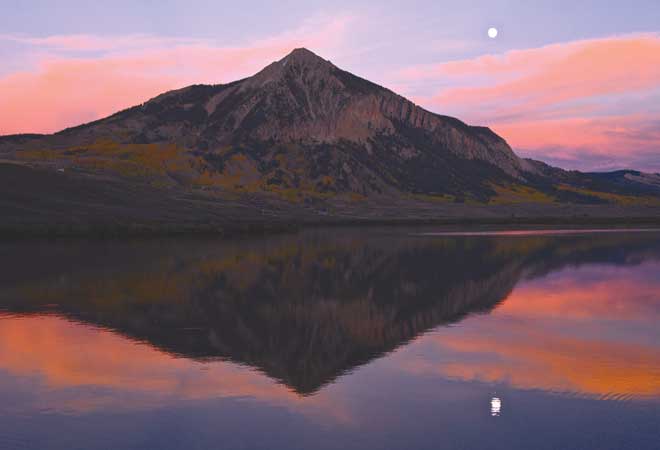 Picking a candidate to endorse in a local election is rarely easy. Those who step up in this county and throw themselves into the public arena have always, as far as I know, had the public interest at heart. This fall is no exception and we can be thankful for that. Normally citizens in this county choose moderate politicians to represent them regardless of party affiliation as we look for steady leadership that protects our quality of life and unique rural and resort attributes. That will be the case again this year, as neither commissioner candidate is radical or fringe.

The District 3 county commissioner seat pits Roland Mason against Bob Schutt. Roland has been active in local politics. He spent eight years on the Crested Butte Town Council and has served on various public boards, including the Mountain Express and RTA. Bob touts his extensive private business experience as being a more valuable asset for the commissioner job. While Bob is generally more conservative than Roland, the two actually agree on many broad issues. Both say workforce housing is critical, economic development is a need, and protecting public lands is important.

The primary difference between candidates in this race might be temperament. At Sunday’s Crested Butte News Candidate’s Forum, Bob was more aggressive than Roland and tried to ruffle his feathers. Roland for the most part didn’t bite. As a reporter who has covered him on his public boards, that’s Roland’s typical style. He doesn’t ruffle easily and I don’t think I have ever seen him lose his temper. Roland is not a guy who will go off on a rant very often, if at all.

I’ve met with Bob several times and he isn’t afraid to state his views. I don’t see him throwing a rant either. He is smart and has volunteered his time to many local causes. He wants to be involved and from all accounts is sincerely community-minded.

Bob has shown he likes to raise questions and will not be afraid to confront his fellow commissioners and staff over things like the budget, salary structure, and ancillary boards like the Tourism Association and RTA. But to what purpose? Will he have potential solutions to the issues he raises?

At Sunday’s forum, Bob criticized Roland’s work on the RTA board and said he thinks the local air program isn’t effective and wants the RTA to focus on cheaper airline tickets out of Gunnison for locals. That’s a catchy campaign issue but not how the real world works. Roland explained the relationship United Airlines has with the smallest airport they regularly serve in the world—that’s us at the Gunnison Airport. Bob has stated he doesn’t like the county manager’s salary, especially when compared to the same job in other counties. What is an appropriate Gunnison county manager salary and skill set?

On the affordable housing issue, Bob said Sunday that such housing has to be spread out across the county—a good general concept most people certainly agree with. And then Roland schooled him that in fact there were many active projects and initiatives happening all over the county at the moment, from Mt. Crested Butte to Crested Butte, to Buckhorn Ranch, to Crested Butte South to Gunnison. Roland’s one knuckle tap to Bob at the forum was that Bob would know about those projects if he attended the meetings.

If campaigning is an indication of how much work a candidate will put it into the job if elected, Roland wins that part of the contest. When asked, Bob said he had been to “several” county commissioner meetings since announcing his candidacy. By all accounts he has been to “some.” Roland has been to most. As a guy who attends a lot of meetings, believe me, they aren’t usually great entertainment. But it is where government stuff happens and the basis for decisions are made in dreary meetings where data is analyzed and alternatives explored. It is where effective politicians have to show up for the grind of the job. Roland has been to Crested Butte and Mt. Crested Butte council meetings lately as well. I know Roland has sat down with the county manager and asked for information on various county departments and strategic planning. Bob hasn’t. That is another example of the behind the scenes job grind.

Of course, in my mind it is just as important to be out and about giving constituents a chance to engage with the elected representatives. I haven’t seen either sitting on an Elk Avenue bench lately but trust that both can find a way to make themselves available to the citizens if elected. But the behind the scenes work is being done by Roland much more than by Bob.

Look, Roland as county commissioner isn’t going to change the world at the county level. He will not lead raucous rallies. That is not how he works. He is deliberate and methodical and not one to pop off. He’ll grind. He is not the candidate of change but he will vote for what he thinks is best and not just follow what his fellow commissioners want. His growing family and business will keep him busy and that might take away from the commissioner job that has gotten a lot more involved recently, so he’ll have to adjust. Bob might veer away from the path of the current county commissioners and pop off more and I can actually appreciate that in a representative if he does it with purpose. But he has to really get to know the depth of the issues before doing so—otherwise it’s just bang and not much buck. Given the local political experience and work I’ve seen put into the campaign, I’ll be voting for Roland this go around.

On the sheriff’s side, there is demeanor as well. Mark Mykol’s forte is probably not public debates and forums. I’ve chatted with him one-on-one and he is more comfortable in that situation than on stage under the spotlight. Understandable. John Gallowich probably came across as the most competent candidate of the four on stage Sunday at the forum. But I was impressed with Mykol when several people went directly at him, calling him out over a number of personnel and personal issues, and he handled it calmly and without anger. Kudos to Mykol for that.

The right answer seems to me that the current contract between the county sheriff’s department and town of Mt. Crested Butte should be extended, the price tag adjusted to cover more town costs, but the authority of the sheriff defined more clearly so that the sheriff is undoubtedly the ultimate law enforcement authority up here as he or she is in the rest of the county. From what I’ve heard, the communication between the sheriff’s department and Mt. Crested Butte has been pretty weak. That needs to change and could be the difference that results in the ultimate win-win situation. I think Gallowich has the ability to facilitate that change. Heck, a weekly coffee and donut meeting between the sheriff and Mt. Crested Butte police chief looking back at the previous week and looking forward to the coming week could be all it takes. The issue of abnormally high turnover in the sheriff’s department is a topic that Gallowich seems to be more concerned with than Mykol and wants to rectify. That too is legitimate and a plus in John’s favor.

Both men have ideas on how to lead the department. Both are qualified law enforcement officers. But Gallowich wants to make changes in the department to bring it up a notch. The north valley coverage is an important issue. It can be addressed with better communication instead of a complete overhaul. Gallowich favors that path while emphasizing he wants to be the sheriff for the entire county, and that’s reason to vote for John to be the next Gunnison County sheriff.

Ballots are due back to the county clerk’s office by Tuesday, November 6. The elections office recommends that since the ballot is large, you use two stamps to mail back your ballot—or better yet, drop it off in person at one of the polling places.

Share
Previous Thoughts on the ballot issues
Next POINTS OF VIEW