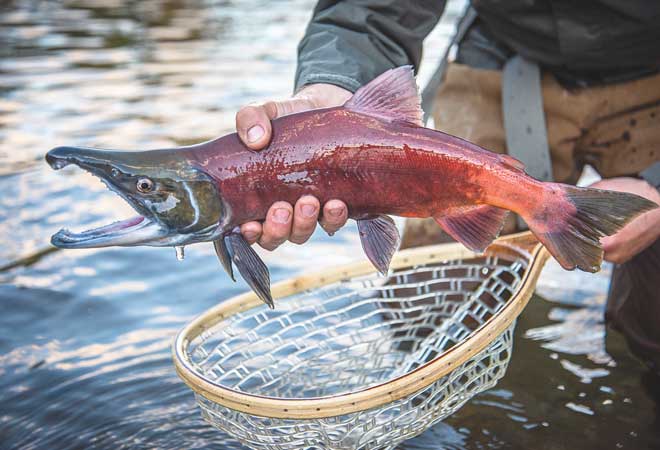 If this is how you court me, what will it be like when we’re married?

That is a good question posed by the Mt. Crested Butte mayor this week.

As the Corner at Brush Creek affordable housing proposal has evolved over the last year, I have seen opportunity. More than once I have written that those in the trenches on both sides would have to get beyond the obvious personal animosity and frustrations to get a successful project in the ground. But if that hurdle could be cleared and the numbers—numbers of units, numbers of people, numbers for financial viability—could be adjusted to find a sweet spot for everyone involved, a good project that includes deed-restricted housing could happen at the intersection of Brush Creek Road and Highway 135.

And then “The Corner at Brush Creek team” sent out an email blast to those whom they assume are supporters of their social media sites. The letter had the flavor of curdled hot sauce. It insinuated that some of the Crested Butte and Mt. Crested Butte Town Council members who have questioned and opposed the proposal as submitted were “willfully ignorant fools” who didn’t care about the whole community but rather cared only about themselves or “certain powerful individuals.” So Trumpian.

Once the email started making the rounds of the community in general—as anyone in this small community would expect—the animosity meter went into the red. Brush Creek team leader Gary Gates did get on the phone and apologize to the local mayors and a number of the councilmembers. He went to both council meetings in person to apologize and sent an apology letter to this paper (see page 7). He said the email was not written by him but as the head of the team he took responsibility for it as he should.

Will Gary’s apology tour make a difference? Perhaps. Most believe that even if he didn’t see the actual words his sentiments were contained in the letter and there is probably some truth in that. He has not hidden some of his frustrations with the people and process that question his plan.

My initial hope was that the accidental situation might bring a bit of small town sanity back from the big city sea of animosity. But a week into the mess, I am having my doubts. Frustration and animosity remains.

It seems some against the proposal are ready to start over. They seem to anticipate that if Gates goes away there will be a line of developers presenting plans that include 135-units on nine acres with ball fields, magic buses, parking lots and an abundance of unicorns and rainbows on the other five acres.

Gates says good luck with that. He feels the conditions coming out of recent joint council meetings are too onerous for a real business—especially a business that is willing to put up the money. He feels it is a sort of learning experience for the councilmembers to understand there is risk and reward in such endeavors and requiring things like having the housing authority manage the rental units “to protect the tenants from unfair treatment” once completed doesn’t make any business sense. But he says he is willing to stay on the sidelines and watch what they do. He pledges to hang tight and stay in the game. I’m not sure it really works that way.

Many people, including me, have voiced concern about this particular process since it was initiated. To me, it blew off the critical need for deep neighborhood and community evaluation before going into formal review. That would have meant really hard work. It didn’t happen. It is happening now and elements of the plan are shifting a lot as discussions take place in public and behind the county attorney’s doors. It seemed to me that many in the public sector were seduced by the idea of getting some affordable units at little or no public cost. And that is a big plus but it’s not the only thing to be considered in a proposal.

Unlike with a purely private deal, the quality of the relationship is critical in a public-private partnership. Given the unusual partnership of this deal where the public owns the property while a private entity will develop it, a collaborative approach is best. This has not been that.

We are in a place that might be best summed up by Mt. Crested Butte mayor Todd Barnes who asked Gates on Tuesday: “If this is how you treat me when you are courting me, how is it going to be when you marry me?” That stopped me and is a fair and insightful question.

As a somewhat cynical but constant optimist (seriously), it seems to me that the cluster caused by this errant email could be the make or break. It can either get the two sides talking to one another in a substantive way or lead to more festering and more hard feelings and mistrust—in which case the partnership won’t ever work, so it would frankly be time to cut bait and move on.

Perhaps the last chance comes Friday when county attorney (and relationship counselor) David Baumgarten holds another private meeting between the parties in an effort to find common ground. Barnes’ question should be the first item on that meeting agenda.

If the one side can understand Gates is working to get the density ramifications down through population control but has a real desire to not lose several million dollars on the project (imagine that)—and if Gary can understand the other side’s job isn’t to focus on his economics but instead advocate for a development that doesn’t simply warehouse a bunch of bodies to serve rich people their gin and tonics—but rather live comfortably in a compatible neighborhood and be part of this place where they can share a beer with the gin and tonic-ers … then there is hope.

Pretty much everyone understands you cannot build your way out of the affordable housing situation. So we should do what is financially feasible and help people find a nice place to live that is part of the community. If the governments have to pony up some money for infrastructure or keep four acres instead of five in reserve to make the project work, it probably makes sense, given what they are spending for current deed-restricted construction.

The nuts and bolts of the proposal are getting closer. There are still no unicorns, but who needs them? There may still be opportunity but the scab just keeps getting scratched and the Gatesco email tone is evidence of that. It is time to fish or cut bait. I’m not sure which decision truly makes us willfully ignorant fools—a fresh beginning or continuing to look for the sweet spot in a sea of animosity. But if the partners can’t find some harmony soon, it really might be time to start over.