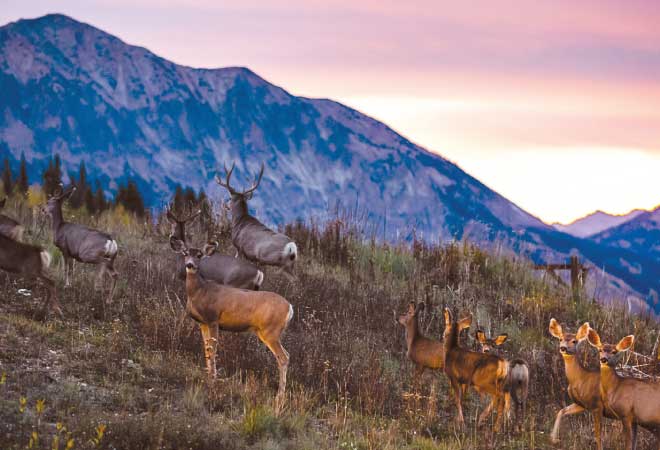 Thoughts on the elections, age and Titans

Locally, we are fortunate that our politics remain civil. Our process reflects the place. We live and vote in a place full of passion and sincere caring that is full of tough discussion. There is disagreement among candidates but for the most part there is still respect. I think we understand that people running for office in this community do so to give back to that community. They put themselves out there and endure the rigors of a campaign with the belief they have something to offer. I appreciate everyone who has ever run for office in this valley. It isn’t easy but the rewards are civil in nature and we can appreciate the work that goes into the office.

Thanks to Roland Mason and John Gallowich, who won their county commissioner and sheriff races this week. Thanks also to Bob Schutt and Mark Mykol for taking the plunge and giving the voters a choice. Asking to be an elected representative at any level is courageous, and to be chosen is a great responsibility. We trust that Roland and John will fulfill their duties with the standards expected from the citizens of this community.

And while the local vote counters were overwhelmed by a giant turnout (that’s great!) that pushed back the official results into Wednesday (that’s not so great!), the county might take that as a sign of things to come. In 2020 a guy named Trump will be on the ballot. I’ve heard he has a talent for energizing voters of all stripes. I will go out on a limb and guess that even more people will be voting in November of 2020 so it might be wise to start planning now.

Nationally, campaigns are different—mean, full of attacks and clouded in mendacities. And that’s the nice part. The Democratic Party dream of a big blue wave didn’t materialize Tuesday. There was no tsunami to stop Donald’s wild ride but there is at least opportunity to keep him in check and accountable. Yeah, they get the lower chamber but the Senate will continue to approve judges and Nancy Pelosi is already saying she and her people will focus on drug pricing and ethics reform (yawn). I bet all those Trump appointees are shaking in their boots and losing sleep as they book another first class ticket to Tahiti for their wife on the taxpayer’s nickel.

You know, more than anything, I am just happy this mid-term election has ended. I mean, it ended with a dead pimp winning a seat in the Nevada statehouse (Google it) but it is over. I was so tired of the ads and junk in the PO box. And as I write that I realize the 2020 campaign season has probably started. I will say, while there wasn’t any blue wave it appears there was an aqua tide that could portend change. But Trump actually energized the Republicans in the last month to get out and vote with as much passion as the Dems—and they did. That orange dude is smarter than given credit for by too many losing political geniuses. Trump’s divisive, lying leadership style may have helped some Republicans get reelected in this time of identity politics. It irks me that fear, lies and divisiveness are the successful base of a winning strategy in this country, where once there was a common feeling that despite our differences, we as a people felt “United we stand, divided we fall.” Trump is a master of fomenting fear and division. Do not underestimate him.

Some pretty icky people were elected to go back to Washington. I’m thinking of Steve King in Iowa, who appears to be afraid of anyone not lily white, or Ted Cruz in Texas, who will one day wonder why he thought it was worth burying the last glimmer of his soul to express submissive fealty to his former political nemesis for a six-year seat in the U.S. Senate. Meanwhile, a moderate like Claire McCaskill of Missouri was sent home, as she was lied about by her opponent and characterized as a left wing socialist ready to open the borders and coddle murderers. Sending her packing is up to the people of her state but replacing moderates with extremists will do nothing to close the fissures opening up in this country. Again, winning through fear and lies just weakens who we are as a country, and that is my long-term concern.

Trump will claim victory, as will Pelosi and McConnell, and the country will likely have its top leaders in Washington all over the age of 70, with Mitch clocking in at 76, Nancy at 78 and Donald at 72. I’m not sure what that means but it wouldn’t be bad to have some leadership that has some Drake or Ed Sheeran on their Spotify rather than Karen Carpenter in their CD collection.

It would be easy to curl up and occasionally tout that Colorado elected the first openly gay guy as governor. It would be easy to say national politics doesn’t matter to your personal life. It would be easy to ignore the spread of fear and hate as a common cloud in America. But there will be a next time. Those who think Trump can’t get re-elected are already curled up under the blanket. So it is less than two years until the time you get to vote on the national scene. Next time you might have to make sure not just you but all of your friends vote too.

Let’s go from dead pimps and lies to true community pride. And let’s end with a big shout out to the Crested Butte Titan soccer team. The boys soccer team is off to Denver to play under the big spotlight for a 2A state championship. The girls represented in the big show last spring and now it is the boys’ turn. The state finals will be played on a professional field against another mountain town team—Telluride. That is a testament to the grit of the ski towns, but as I’ve said for years, there is not much better in the competitive realm than the Crested Butte high school team—any CBCS team from any sport—kicking Telluride’s butt. They are a true rival, which means there is respect for their players and joy in their defeat. So we wish our boys soccer team all the luck in the world as they head to the big stage to play Saturday.