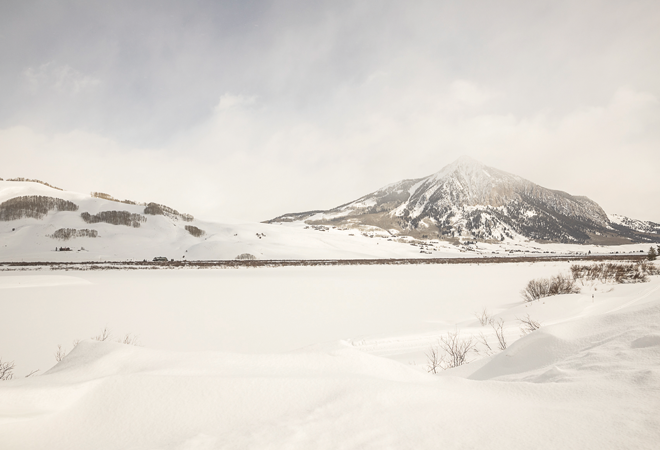 That’s the number of regular members on the Gunnison County Planning Commission from the north end of the valley and that’s a big misstep by the Gunnison County Commissioners. The two alternate commission members are both from the north, in Daniel Spivey and Laura Puckett Daniels. The three county commissioners appointed Laura this month to basically replace regular board member and board chairman Kent Fulton, who ran a tight meeting and brought good perspective and history to the board. They all said Laura hit it out of the park during her interview and I have no doubt that is true. She will be really, really good. But…

The five regular members are appointed for three-year terms, while the two alternates get one-year terms. Alternates do not vote on matters before the Planning Commission unless they are seated for the meeting because a regular member is not present. So the north valley does not have a guaranteed voting presence on the very important Gunnison County Planning Commission and that’s not right. I am disappointed in the decision by all three county commissioners that ultimately diminished a north valley voice on a significant county government body. While Roland Mason is new to the county commissioner seat, he should act to give his district a stronger voice, not a weaker representation.

In response to the question about why Kent was not reappointed, all three county commissioners said basically that they were trying to develop a board that was a cross-section of the community with diversity from a geographic, background and gender perspective. The county planning staff said it supported that vision. Fair. But…

While they were hoping for new energy and fresh perspective, the north end of the valley got a brush-off. Their intent might have been good but the fact is that the north valley members have a combined one year’s worth of experience on the board (Spivey was appointed as an alternate in 2018) and neither are regular voting members. While it was pointed out to me there have been other instances where sitting Planning Commission members weren’t reappointed in the past, in my opinion, commissioners Houck, Messner and Mason all missed the mark on this one.

That’s how many butts were carried up and down Gothic Road by the Mountain Express bus system last weekend. Transit manager Chris Larsen said the Friday through Monday of President’s Weekend was busy. On Saturday, 9,079 passengers were counted. Last year during the same weekend, 23,955 people were carried on the Mountain Express, with the busy Saturday tallying 7,320 people. Saturdays seem to be the regular big blip of tourist numbers on the ski hill this year.

That’s a consistent forecast of snowfall we’ve had most of the winter. One to 3 inches, 3 to 5, or 5 to 8 are all good numbers to see on a daily snowfall forecast in a ski town and it’s been pretty regular this winter, making for a pretty fantastic ski season on the hill. The steeps are soft, the rocks are covered, the magic places are opening. It’s a good one for sure.

That is the new expected percentage of Blue Mesa fill for the coming summer, thanks to those consistent snowfalls. Currently, Blue Mesa is at a measly 30 percent full so we are heading in the right direction. Frank Kugel, general manager of the Upper Gunnison River Water Conservancy District said the local Snotel data collection sites are reporting above 100 percent of normal. The Butte site is at 113 percent and Schofield is at 114 percent as of early this week. That compares to 66 percent and 79 percent during this same week last year. Two years ago, after the snowmageddon blizzard, the sites were at 180 percent and 169 percent, respectively. Let’s hope we can fill that baby up, thanks to more snowfall between now and early April.

That’s the number of “winners” in the latest local housing lottery held last week. According to Gunnison Valley Regional Housing Authority executive director Jennifer Kermode, there were a total of 26 applicants looking for a chance to be chosen to buy a piece of vacant land or a built unit in Paradise Park. Three vacant lots were “lotteried off” with six alternates drawn as backups. Four single-family attached units were “lotteried off” with eight alternates drawn. Those people could move in as early as this summer. Jennifer said the GVRHA is “planning the next lottery for June 20 with 25 single-family attached units in one-, two- and three-bedroom homes in duplex and triplex configurations.” Applications are being accepted via the website at www.gvrha.org/homeownershipland-opportunities/ through May 17.

That’s the number of developers the city of Gunnison is looking at for its upcoming affordable housing project. The developers include John Stock, Gary Gates and John O’Neal — all with Crested Butte connections. A public presentation for their ideas is slated for March 5.

Two men were killed in a big avalanche up Brush Creek last weekend. That is two too many. More than a dozen local volunteers went out in the elements to try to find them. They deserve great kudos. If there is any good to come of the tragedy of two young men dying in our backcountry, it is to wake others up to the danger that these beautiful mountains hold. It is not a perfectly safe Disneyland out there. The mountains provide wonderful opportunities and can open one’s mind to universal truths, but the mountains must be respected—always. That is something you can count on. 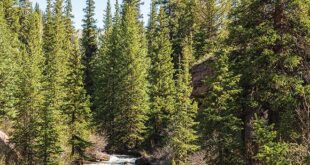