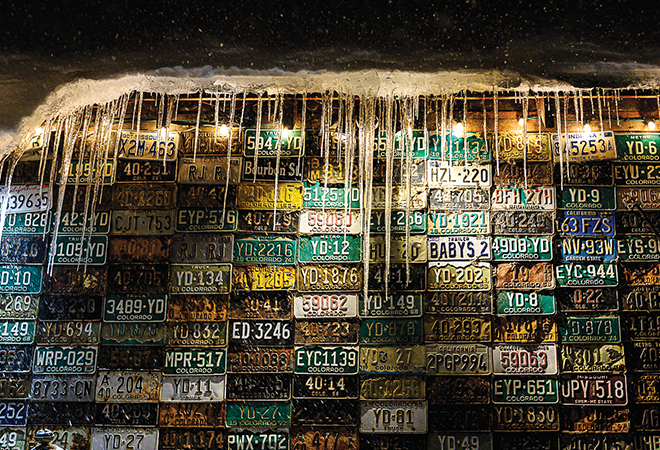 Winter officially began last weekend with the solstice on Saturday at 9:19 p.m.—the shortest day of the entire year in the Northern Hemisphere. That’s not a bad thing in a ski town—winter is important here. But what’s even better is that it marked the beginning of the days getting longer. While I understand and truly appreciate the lights on the Christmas tree and the candles in the Hanukiah, the natural light of the sun on a face is more gratifying.

You probably won’t notice it at first as the days grow by literally a few seconds every 24 hours immediately following the solstice. There’s an extra 15 seconds on December 26 and an extra 34 seconds on December 31. (Thank goodness for the Internet.) But like compounding interest, it grows quickly and in March there will be an additional few minutes added every day.

Soon, the sun won’t be setting behind The Bench above Big Mine Ice Arena at 2:30 in the afternoon. Soon, you won’t think it is time for bed before dinner. The sun will begin to stay higher on the horizon. The brutal cold shadow you experience in the late afternoon on Paradise Lift will slowly disappear. The mornings will get lighter sooner. The sun will warm longer. While the coldest days are normally in January, believe it or not, we have turned the corner toward spring.

But in the meantime, the heart of winter and the New Year is just a few days away. Some thoughts in the final dark days…

How can 2020 not be one in which we will experience the old Chinese curse of living in interesting times? In the big world there is Donald at home and Brexit across the pond. There is Kim Jong Un and a dozen Dems throwing mud at one another.

Locally, there is debate over new taxes on “vacant homes” and how best to wave the magic wand to get new rental housing next to everyone’s place of work by the MLK holiday. There are plans for a big luxury hotel in Mt. Crested Butte, a major development with workforce housing at the base of Snodgrass and solar panels to be installed up and down the valley. The resort will get a new Peachtree chairlift and the Crested Butte Community School appears it will once again run out of space for students. People are clamoring for more fields, refrigerated ice rinks and rec centers in the north valley.

Who thinks Kim Jong Un won’t do something crazy soon? Who believes England will thrive out of the European Union? Who thinks the 2020 presidential campaign will be a civil debate over high-minded issues? Who doesn’t think the Democrats running for president won’t eat each other before leaving someone standing battered and bruised to enter that high-minded debate campaign with Donald, who never hits below the belt?

Who doesn’t see the need for more classrooms up here, but part of the debate should be where to put them. A possible K-5 in Crested Butte South, anyone? Oh, and we’ll have to talk about how to pay for them—again.

Who doesn’t see lines being drawn between locals who see second homeowners as an easy revenue stream and others who see many of them as contributing members of this community, both financially and practically?

Who knows how to pay for, not the building of new ice rinks, fields and recreation centers, but the year-after-year operations of those facilities? Frankly, I have that concern with Big Blue.

Who knows anything, really? Like the days that are growing with each sunrise, these discussions will heat up as we move along in 2020. In the meantime, it is still the holiday period, so relish in it. Enjoy the lights on the trees and the candles in the menorah. Feel the energy of probably the busiest week of the ski season. Don’t jump into the debates until after the New Year—and then offer some interesting solution and not just random criticism. Instead give some thought to what your position ultimately means, not five minutes from now but five years in the future.

Have a great end to 2019, everyone and embrace those extra 30 seconds of sunlight. Happy New Year. Happy 2020. I’m pretty sure we are living in interesting times.