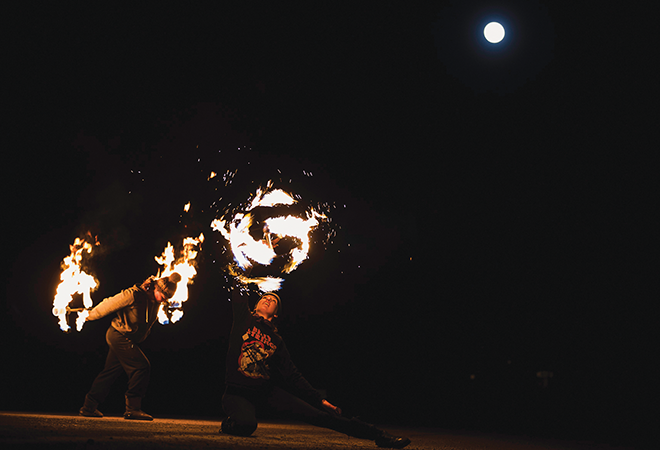 You want frustration? Who does? But it found a way to multiply itself for a lot of people in the valley (including the CB News) this week as the Internet and email went down for a large part of Monday, Tuesday and Wednesday. And in the middle of a worldwide pandemic where we are a hot spot?! Apparently a big cable near Denver was severed causing mayhem with the worldwide webs and it wasn’t a quick duct tape fix. If there wasn’t bad luck you wouldn’t have any luck at all…

And then there are some local businesses frustrated with dealing with the federal government – which is of course normal, but in a pandemic it was supposed to get easier to keep small businesses running…but wasn’t working for everyone. Applying for Payroll Protection money worked for some of our small business owners but others found themselves in the perpetual queue with maybe an application number but no verification or no word at all where they were in the line. And then the government said they were out of money. Punch to the gut. Colorado received $7.4 billion in those initial “forgivable loans” but some went to multi-million dollar companies that weren’t exactly run by mom and pop. Wait, remember when the D.C. politicians all said how important it was to get out money to small businesses as quickly and easily as possible? Oh yeah, right. Well now we are waiting for details of round two of the half a trillion dollars in new loans but maybe it’ll all come in round 22. Ahhh, frustration.

While it is spring off-season and normally a slow time for the News, we are in super slow season when it comes to ads in pandemic April. That’s understandable as businesses are short on cash and petrified of future unknowns. The frustration for me comes as we receive more letters and more information on a little thing called COVID-19. Given newspaper size is basically determined by ads, we don’t have the room in the paper to fit everything in. And with the email down, I’m not even sure what we’ve missed. I am sorry for that but appreciative for all those who continue to support the community paper through advertising. I will say we are going through a ton of papers and our online views are off the charts so it’s not a bad deal.

We are all in the transition phase of this pandemic. The initial frenzy is ending. Residents of the state and certainly people living in this county have for the most part followed the new rules as this crisis quickly blew up. It worked and slowed the spread of COVID-19 in the valley so that our health care system was not overwhelmed. That’s a big success to be proud of. It has been about a month-and-a-half of pandemic-emonium. Now people want to see a light in the tunnel.

Colorado’s governor at a press conference on Monday announced some loosening of state restrictions were coming. He said we are going from a sprint to a marathon. That indicates no great confidence that we will be back to “normal” by early summer. The marathon analogy made it clear restrictions of some sort would continue basically until a vaccine was available and that is not expected for more than a year. But who knows? All hands are on deck and we might get lucky and it will get here sooner but it ain’t happening tomorrow. Frustrating.

The Gunnison County Incident Command Team continues to work away in an effort to first, control the spread of the virus, and then figure out a formal recovery plan. Both health and economic issues are being considered.

As we move into the next phase where Gunnison County sets out its individual plan, there are still a lot of questions about what it will look like. Public Health director Joni Reynolds expressed some reservations about exactly following the state’s general plan for reopening but she is coordinating our health orders with the state’s timeline of April 26 as a date to reconsider some restrictions and begin the slow march back to a “new normal.” Her preferred guiding frameworks include a lot of formal testing in the county and no one knows for sure when accurate, verified testing will be available. Meanwhile Eagle County somehow obtained a bunch of tests that they say will allow them to move faster than the state. Frustrating.

Joni admitted Tuesday she felt under a ton of pressure in her role as decision maker for the county. Understandable. She said the goal continues to be to not overwhelm the local health care system by lifting restrictions too fast and seeing a new surge of the virus. She indicated she would rather have a slow and steady phased reopening than a Ping-Pong opening that lifted restrictions and then slapped them back on when numbers jumped.

Incident Commander CJ Malcolm reiterated Tuesday that this type of recovery planning was new for everyone and he again called for giving some grace to those making the difficult decisions. “We need a lot of help and understanding,” he said.

I think the team will continue to get that grace in these difficult times…but not forever and not without great communication and transparency for the public in general. Someone recently likened Joni to the captain of a ship that is moving through extremely choppy waters. The public is the crew. It was suggested that the top commanders owe the crew and not just the lieutenants in the decision loop, succinct and logical reasoning for what it is doing. The crew will continue to line up behind the team but only if there is an understanding of the ‘whys’ behind the decisions.

There will always be some who cast stones at the leadership team. That’s part of life and the leadership team should not withdraw to the bunker as a result. The majority of the crew wants to be kept in the loop and be informed why restrictions are in place when numbers are declining and other areas are loosening their restrictions faster. All want to protect their friends and neighbors. The concern in any situation like this is that the leadership team develops a bunker mentality that separates them from the crew. That hasn’t been the case in the first 45 days of this weird local crisis and shouldn’t be in the future. Good people are running the show and have admitted they’ve made mistakes. We really are all in this together and the tie that binds is transparency.

Now if only I could get my email working…